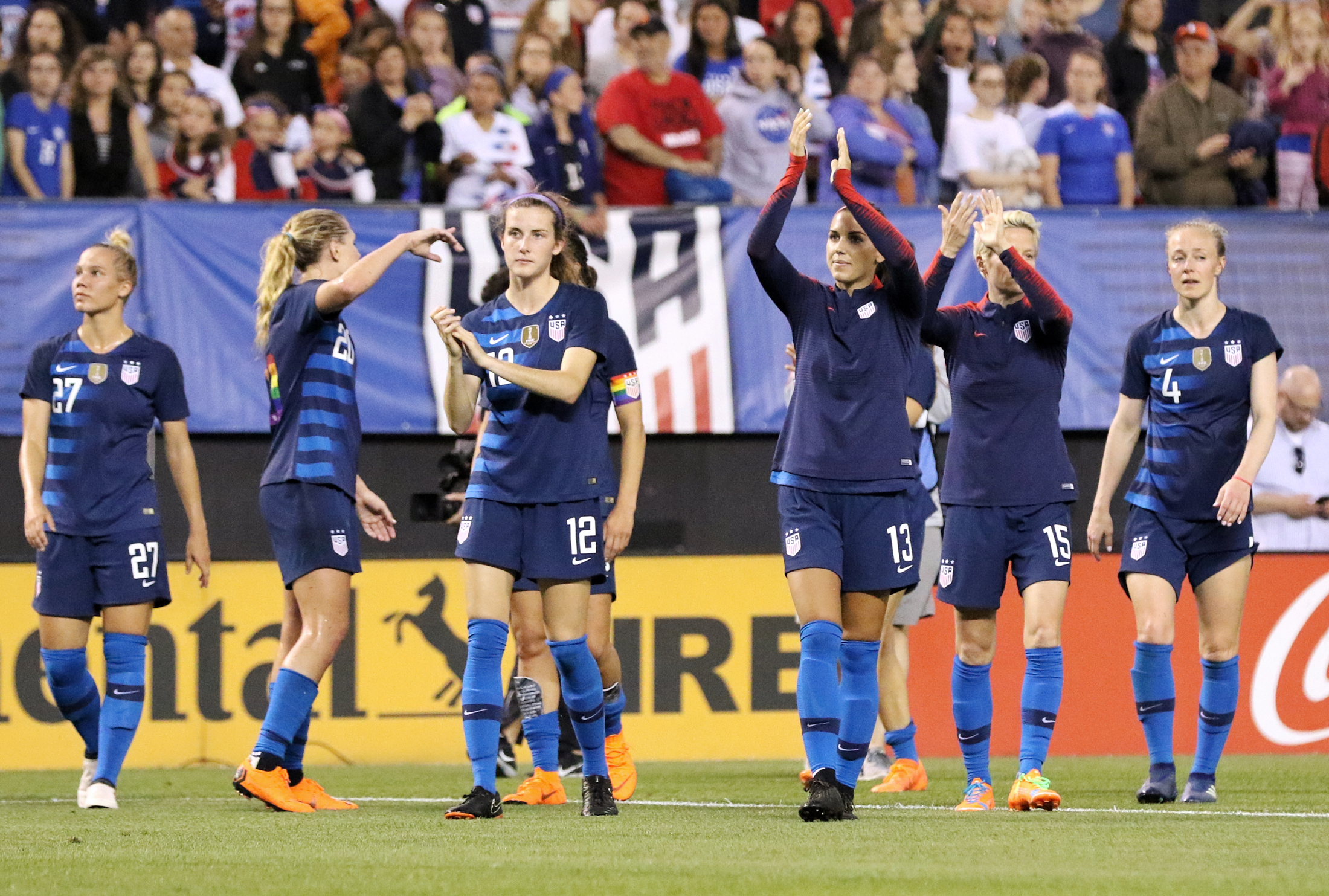 On March 8, 2019 (International Women’s Day), the U.S. women’s soccer team filed a gender discrimination suit against the U.S. Soccer Federation, which governs soccer in the U.S. The soccer team’s complaint alleges pay inequities and inferior support and working conditions. In their statement released by the team, the twenty-eight players described “institutionalized gender discrimination” that they say has existed for years.

The U.S. Women's National Team has been much more successful than the men's team; the women have won the World Cup three times and are four-time Olympic champions, while the men's team has never won either tournament and failed to qualify for the 2018 World Cup. Despite the women’s team’s success and popularity, U.S. Soccer pays their players less compared with the players on the men’s team. Specifically, they are paid less for each "friendly" match, they are paid less for making the team's World Cup roster, and they're paid much less for their performance at the World Cup.

In 1972, Title IX was passed, which is a law banning discrimination based on sex in all education programs that receive federal funding. One of the most important impacts of the Title IX was girls’ ability to play sports in school. For example, before Title IX, one in 27 girls played varsity high school sports. Today, about 2 in 5 play sports. The year before Title IX was enacted, there were about 310,000 girls and women in the U.S. playing high school and college sports; today, there are more than 3,373,000. Despite this, women in sports face a wide range of inequalities including spending discrepancies in college sports, the gender wage gap, lack of women coaches and disparate media coverage.

Update: In May 2020, the U.S. District Court Judge for the Central District of California rejected the team's argument over receiving lower pay than the U.S. men's team. He also dismissed a claim of unequal working conditions related to the number of turf and real grass pitches. After the ruling, a spokesperson for the team promised that the team "will appeal and press on." Regarding disparities in working conditions, in December 2020, the U.S. women's national team players and the U.S. Soccer Federation settled their lawsuit over working conditions, which the soccer team said were inequitable compared to the men's national team. The deal called for charter flights, hotel accommodations, venue selection and staff support that is on par with the men's team.

In February 2022, a settlement about compensation was reached. The players, a group of several dozen current and former players, will share $24 million in payments from U.S. Soccer. The majority of that amount is back pay, an unspoken admission about the inequities of men’s and women’s compensation in U.S. soccer. Further, U.S. Soccer pledged to equalize pay between the men’s and women’s national teams in all competitions, including the World Cup.

You can watch a video to learn more: US women's soccer team sues for discrimination