A New Era for Israel’s Equal Treatment in Sports? 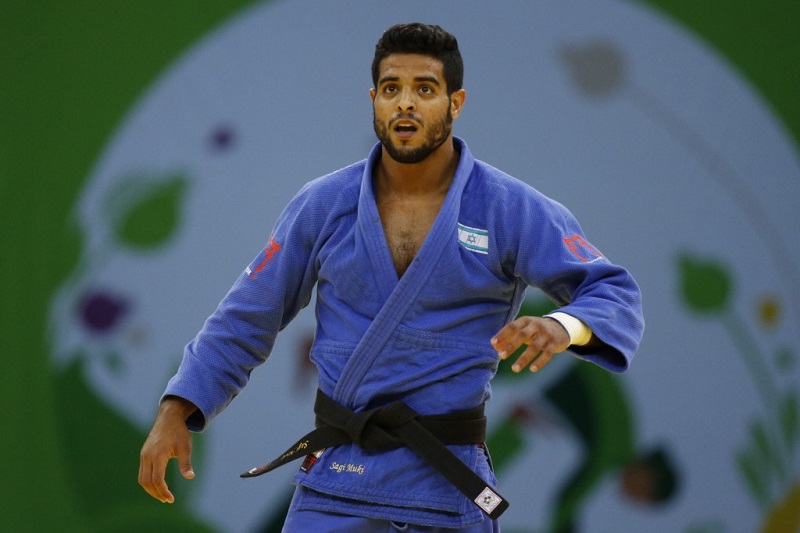 Sports tournaments and other international competitions have long been harnessed by some countries in the Middle East as part of their continued efforts to isolate and delegitimize Israel and prevent engagement with Israelis. This typically includes the host country barring entry to Israeli athletes; refusing to allow them to compete under the Israeli flag or play their country’s national anthem at medal ceremonies; and refusing to shake their hands or even compete against them.

Notable examples from the past few years include when Saudi Arabia denied entry visas to seven Israeli chess players who were eligible to participate in a speed chess tournament conducted in the Kingdom in December 2017. A few months earlier, in October 2017, the UAE refused to allow Israeli judokas competing in the Abu Dhabi Grand Slam tournament to compete under the Israeli flag or play their national anthem. One UAE athlete snubbed his Israeli competitor as he was preparing to shake his hand after a match. And in November 2017, an Iranian wrestler was instructed by his coaches to lose a match he had been winning, only to avoid facing an Israeli athlete in the subsequent round.

This exclusion or unfair treatment of Israel athletes does not only contradict the principles of good sportsmanship, but violates the terms set by most international sporting associations that require that hosts facilitate the participation of all eligible athletes, regardless of ethnicity or nationality.

Recent developments signal this decades-long pattern may be about to change.  Over the past few months, the World Chess Federation (FIDE) decided to penalize Saudi Arabia by revoking its right to host, for the second consecutive year, the World Rapid and Blitz tournament, citing the Kingdom’s inability to “guarantee an entry to representatives of all the national federations who had a right to participate in the event.” Similarly, in July 2018, the International Judo Federation revoked Abu Dhabi and Tunisia’s rights to hold the Grand Slam and Grand Prix tournaments, respectively, citing previous “denial of participation in equal conditions of all IJF member federations”, including state symbols.

But it doesn’t end there, as some Arab countries have recently allowed, albeit following external pressure, Israeli athletes to compete while displaying their national symbols. In October of this year, we witnessed an unforgettable sight as the Israeli national anthem – Hatikvah – was played in Abu Dhabi when Israeli judoka Muki Sagi won a gold medal; and then played again the following day, when Israeli judoka Peter Paltchik won another gold medal.  This took place in the presence of Israel’s Culture and Sports Minister Miri Regev who was invited to join the team and was treated as an honored guest by Emirati official.  This came only a year after Israeli medalists in the same competition competed under the flag and anthem of the International Judo Federation.   And in November 2017, Morocco allowed Israeli Olympic judoka Ori Sasson to compete wearing Israeli insignia, following intervention by International Judo Federation President Marius Vizer.

ADL has long called out this unfair treatment of Israeli athletes, and has welcomed these developments, including with recent letters to the World Chess Federation and the International Judo Federation, as well as numerous public statements.

Sports has always been a great equalizer, allowing players of all backgrounds to connect, engage and, yes, compete.  It appears that international sports federations are increasingly willing to exert pressure and even penalize countries which politicize sports or other international competitions and exclude or demonize Israel.  Hopefully these recent developments will set precedents and enable Israeli competitors at events in long-hostile countries to break down taboos and enable people-to-people engagement and normalization.