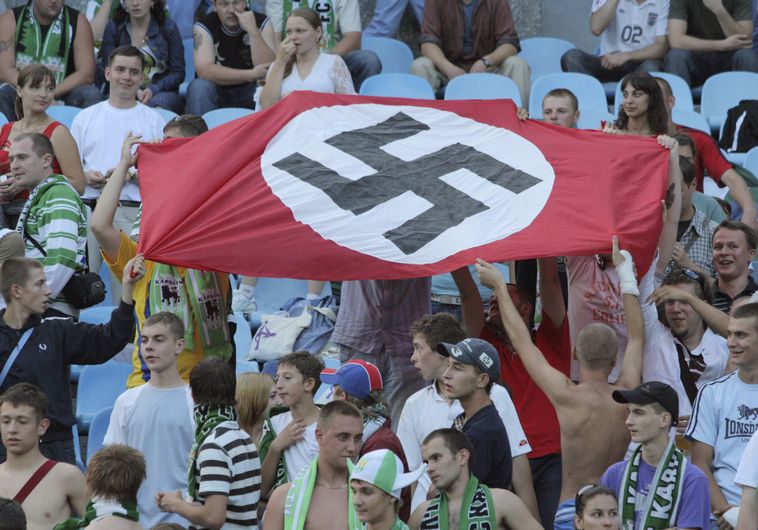 For those obsessed with the ins and outs of European football, it has been a tough few months. Not necessarily because of anything the players have done on the pitch, but because of a series of ugly headlines and stories about racism from fans. And not just one or two isolated instances, but repeated reports of fans chanting anti-Semitic slurs from the stands, of peanuts thrown at black players, of fans and players giving Nazi salutes. And much worse.

From our vantage point as an anti-hate organization doing work to prevent this from happening in the United States, it’s really a lamentable state of affairs. Anti-Semitism and hate should have no place in sports, period. And it doesn’t have to be this way. More on that in a moment.

But first, a look at the challenge facing European teams. The stories and data show that bigotry is an ugly stain on the “beautiful game” of European football, as far too often fans express racism and anti-Semitism against their rival teams. And this has literally been happening for decades.

Just in the month of December alone, the FARE Network (“Football Against Racism in Europe”) reported 23 racist, anti-Semitic or homophobic incidents at games. Bananas and bags of peanuts were thrown at black players. Muslim players were called “parasites.” Fans of the Italian team, SS Lazio, gave Nazi salutes and made racist and anti-Semitic chants.

These acts are obviously reprehensible and were rightly condemned by the vast majority of fans.

And while racist acts are generally targeted toward players, the anti-Semitic insults are often directed at entire clubs. Sometimes the chants are about Jews being gassed or burned in ovens. Often the insult is simply being called “Jewish.” Casual observers of this trend might wonder how this can possibly be happening in Europe, the place where six million Jews and millions of others were killed in the Nazi gas chambers, and where laws exist in some countries prohibiting such expressions.

For historical or other reasons some teams are associated with Jews, for better, and (mostly) for worse. Ajax Amsterdam players, for example, are jeered with chants of “Jews to the gas.” Stickers of Anne Frank wearing the AS Roma jersey were distributed by a group of SS Lazio fans.  Poland’s Stal Reszow team played their crosstown rival, Resovia Reszow, whose fans held a banner, “Death to the Hook-Nosed.” 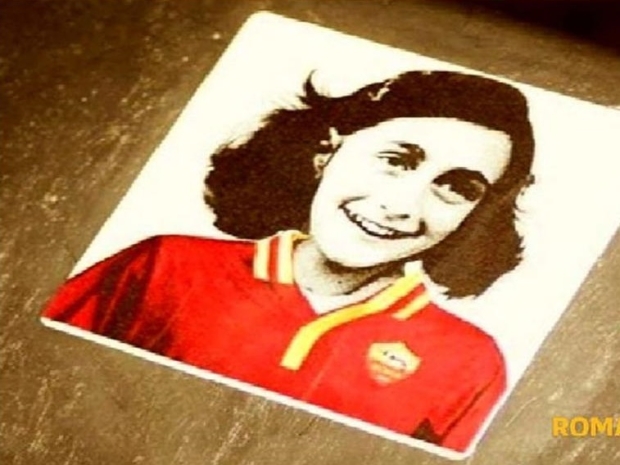 A sticker of Anne Frank wearing the AS Roma jersey distributed by a group of SS Lazio fans.

After the Belgian club, Brugge FC, beat rivals RSC Anderlecht on August 26, 2018, dozens of fans were captured on video singing in Flemish: “My father was part of the commandos. My mother in the SS. Together they burned Jews, because Jews burn the best.”

Tottenham Hotspurs are derided as “yids,” but their fans have appropriated the term and turned into a point of pride, calling themselves the “Yid Army.”

In the United States, we have had our own share of controversies involving sports teams, fans, bigotry and free speech, including the recent “take a knee” controversy. But nothing compares to what we’ve seen in the past few years in European sport. Obviously, America is different. The teams and players in the U.S. deserve credit for tackling some of these issues head-on in an effort to help raise awareness of prejudice on and off the field. Perhaps some of those lessons can apply to Europe as well.

With that thought in mind, here’s five things we think European teams can do to address this problem now. We offer these not to be overly prescriptive, but because we have had experience and success with similar initiatives here in the U.S.

In Europe, anti-Semitism should be just as taboo as racism. The best performances on the field reflect healthy competition and sportsmanship, and those traits should be emulated by each team’s fans. Just as players should play hard and fair, fans should root hard and respectfully. By doing so, they will remove the stain of bigotry from the “beautiful game.”