Jersey City Shooting: What We Know 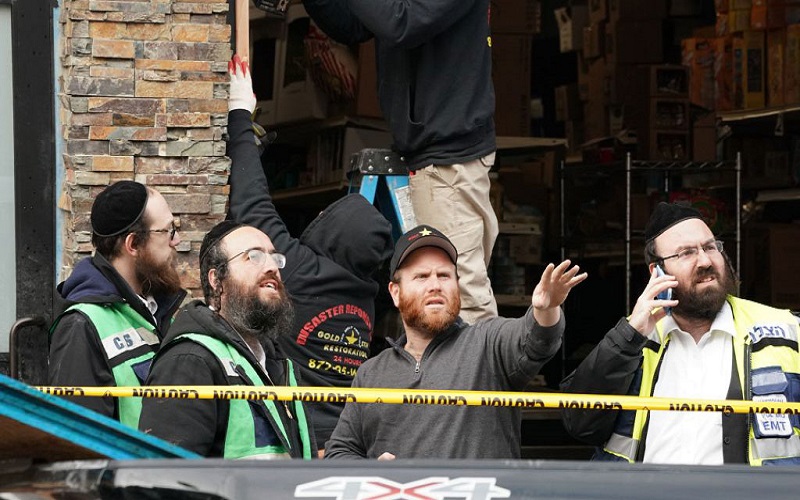 UPDATE: On December 12, NJ Attorney General Gurbir Grewal held a press conference in which he stated that the shooting in Jersey City on December 10 is being investigated as an act of domestic terrorism that was motivated by anti-Semitic and anti-law enforcement sentiments. According to Grewal, officials are still investigating David Anderson’s and Francine Graham’s social media accounts, but they believe at this time that while the alleged shooters were interested in Black Hebrew Israelite ideology, they were not formally connected to any specific group. Furthermore, officials are still working to determine why the JC Kosher Supermarket and the slain detective were specifically targeted.

New Jersey Attorney General Gurbir Grewal confirmed that David Anderson and Francine Graham are the alleged perpetrators of yesterday’s shootings in Jersey City, New Jersey. Unconfirmed reports indicate that Anderson and Graham may have recent or past ties to the Black Hebrew Israelite movement, some sects of which profess anti-Semitic and racist beliefs.

According to Jersey City Police Chief Michael Kelley, the incident began when Detective Joseph Seals approached Anderson and Graham at Bayview Cemetery on Garfield Avenue in relation to an open police investigation. Seals was allegedly shot and killed by one or both of the perpetrators during this interaction before they drove a U-Haul van through Jersey City and away from the victim.

At or around 12:30 p.m., Anderson and Graham allegedly exited the U-Haul van in front of JC Kosher Supermarket on Martin Luther King Drive and fired shots into the establishment. The U-Haul had passed other buildings and pedestrians before stopping outside the selected building. Patrons and employees were inside the supermarket at this time, and it has been confirmed that the store's owner, an employee, and a customer were killed.

The alleged perpetrators barricaded themselves inside the building and engaged in gunfire with responding law enforcement. When officers entered the facility, they found 5 individuals dead, and identified Anderson and Graham.

Although Jersey City mayor Steven Fulop has described the incident as a “hate crime,” NJ Attorney General Grewal stated that the motives of the alleged perpetrators are still under investigation. He declined to label this an anti-Semitic incident.