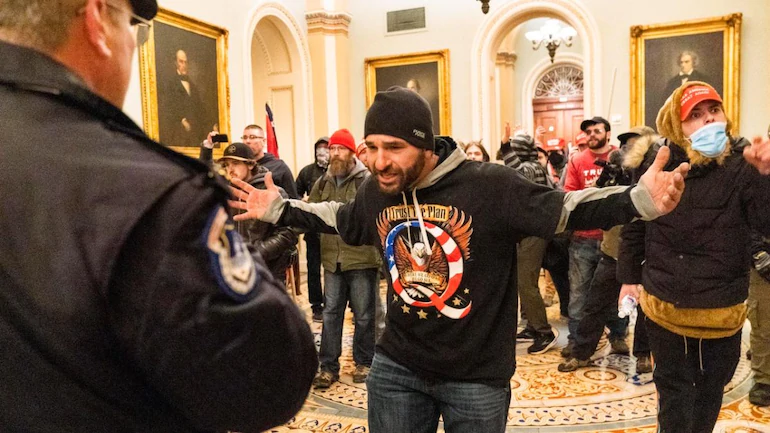 Since the violence at the U.S. Capitol on January 6, 2021, some technology companies have taken additional steps to crack down on the dissemination of hate and violent conspiracy theories. This includes indefinite bans of many of Donald Trump’s social media accounts and Shopify ceasing its sale of merchandise from the Trump Organization.

However, many tech companies continue to play a significant role in spreading the hate and conspiracies that were on full display in the shocking violence at the U.S. Capitol.

While some vendors have used oblique acronyms or coded language when listing extremist-related merchandise, in this case it required no particular knowledge of extremist movements to find extremist-related items found for sale on the various platforms. Simply searching with the terms “QAnon,” “Proud Boys,” “III%” or “Oath Keeper” yielded plenty of results.

Supporters of the far-right QAnon conspiracy theory, wearing Q apparel and waving Q flags, were easy to spot at the January 6 riot in Washington. One individual who breeched the Capitol was photographed confronting U.S. Capitol Police while wearing a QAnon t-shirt. At the writing of this piece, that same shirt is available for purchase on Ebay. 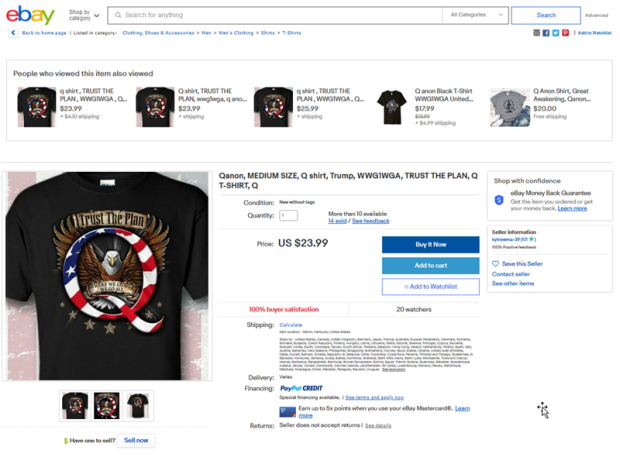 Anti-government followers of the III%er and Oath Keeper ideologies also proudly flaunted their beliefs at the January 6 event, wearing merchandise and waving flags emblazoned with ideological symbols and logos.

This man stormed the U.S. Capitol building wearing his Oath Keeper hat while a flag bearing the III%er logo waved outside. 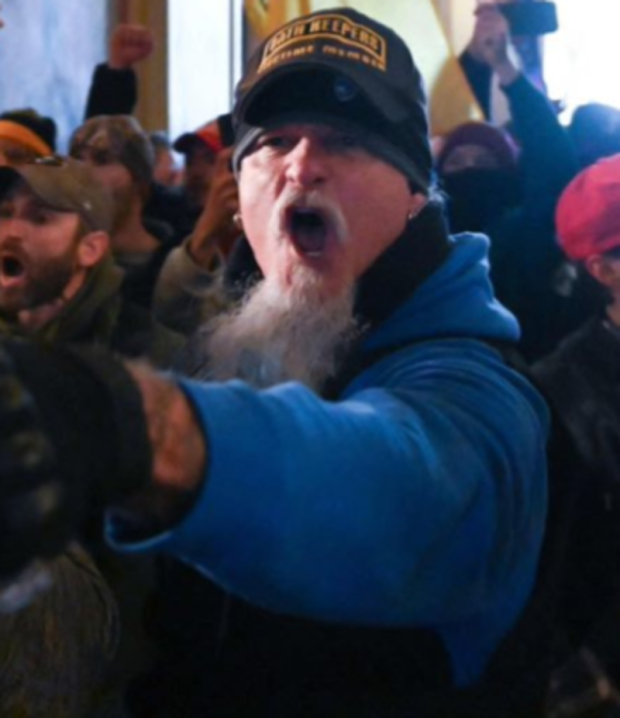 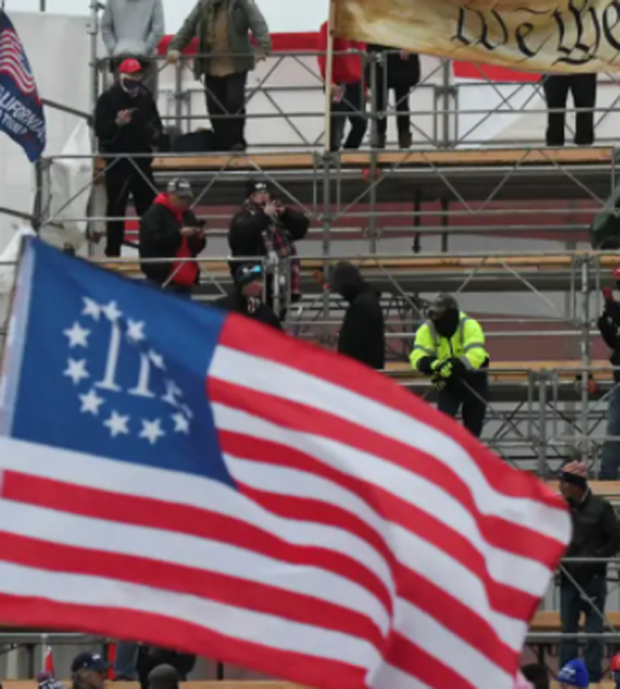 Online shoppers can find additional anti-government and white supremacist merchandise for sale on Ebay without much trouble.

Amazon has a robust seven pages of QAnon merchandise currently available on their platform, all emblazoned with “Q,” “QAnon” or the acronym “WWG1WGA.” Products range from infant onesies to jewelry, clothing, stickers, face masks and magnets. 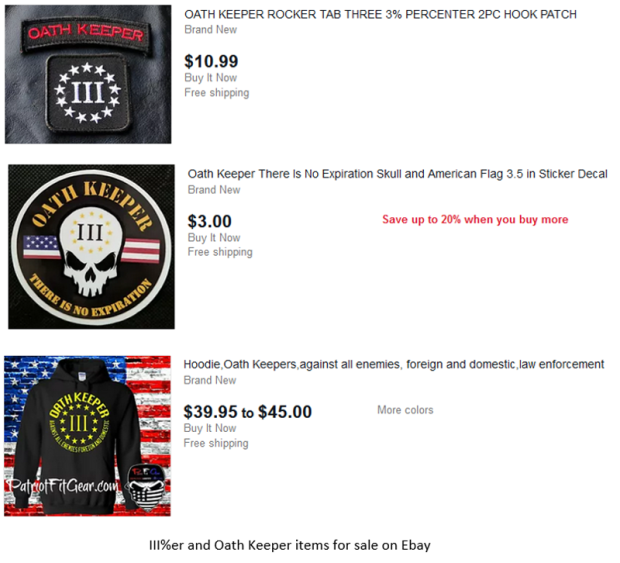 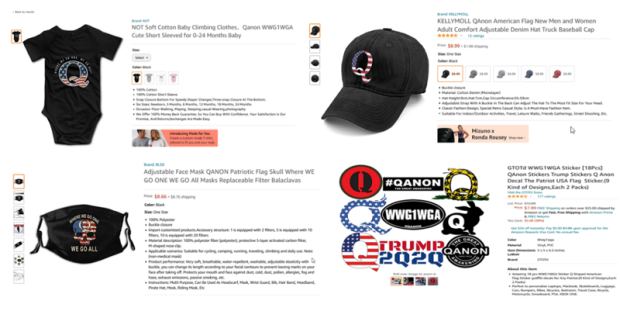 QAnon items for sale on Amazon

No one beats Amazon for sheer volume of extremist merchandise; the company’s massive platform allows shoppers to find a wide array of items. Like Ebay, Amazon continues to sell white supremacist merchandise, including ski caps and face masks emblazoned with a Nazi eagle and swastika.

Etsy also sells merchandise associated with the extreme right-wing Proud Boys as well as III%er and Oath Keepers. Several members of the Proud Boys participated in the raid on the U.S. Capitol on January 6, and members have been involved in many violent altercations that have taken place at recent demonstrations in cities across the country.