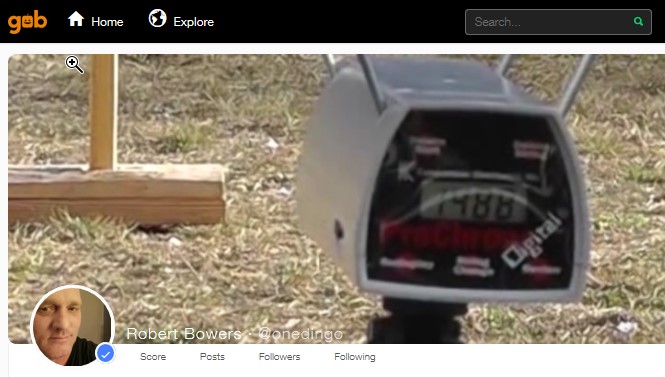 Extremists reacted quickly and vocally to Saturday’s shooting at a Pittsburgh synagogue. Some celebrated the killings as “another holiday to add to the calendar,” others blamed the Jewish community for inciting the violence and praising the apparent perpetrator for his decisive action. Still others bemoaned the media coverage of the “false flag” distraction from the incoming “caravan” of Central American immigrants and refugees.

Additional responses included speculation that “deep state” operatives, determined to thwart the Trump administration and gin up support for Democrats in the midterms, sent pipe bombs this week to a range of progressive public figures and committed Saturday’s shootings. @Foxabouttown posted to Gab: “Mail bomber and now synagogue shooting. These won't be the last. Deep state is trying to start a civil war. They will continue to escalate the violence until the left loses their mind and violence erupts on the streets. Deep state doesn't want the vote to happen on Nov. 6.”

There was also concern that the murders will give Jews more opportunity to “play the victim card.” From the white supremacist message board Stormfront: “The problem is that most people will never hear about any of this, all they will hear is that good, innocent Jews attending a religious service and brave policemen were killed by a crazy, racist Nazi. Just more of oooooh, the poor Jews and pro-Whites being just as dangerous as Islamic terrorists, etc.”

Others argued the Jews should be grateful for the “restraint” demonstrated by would-be murderers. MarcusCicero wrote on Gab: “In reality, it shows how restrained we are as a race - whether that is fortunate or unfortunate is up for debate. The Jews should count themselves lucky that hundreds of them aren't gunned down each and every day.”

Some white supremacists appeared worried that the tragedy would hurt their cause.

Greg Johnson of Counter Currents/New Right America, tweeted: “There have been so many spree killers affiliated with White Nationalism over the years, that I now have a standard boilerplate response to them. First, killing sprees are immoral, unlawful, and politically counter-productive.”

White supremacist Tom Sunic tweeted: “The synagogue shooting of Jewish civilians is a cowardly act of a deranged white individual. Its aftereffects will harm @realDonaldTrump midterms; it comes as a gift for restriction on free speech and legit demands by Whites to halt non-European migrations to EU and US.”

And Patrick Casey, who heads the white supremacist group Identity Evropa, sought to distance IE from Saturday’s massacre, posting, “In light of today’s events, it’s worth restating that @IdentityEvropa is committed to lawful, peaceful activism, and thus does not support or condone political violence of any type.”

Neo-Nazi Andrew Anglin criticized the attack on his website, the Daily Stormer, seemingly because he fears the impact it will have on extremists.  “There is absolutely nothing good that can come from random acts of terrorism” due to the backlash that accompanies such an attack.   He writes that he could have stopped the shooting if his website hadn't been "silenced."

Earlier in the day, before the alleged shooter’s name was made public, Anglin wrote that “Arabs almost always get reported as “white males.” Basically, everyone who isn’t an actual Negro gets reported as that.” He adds about the perpetrators, “Please god let it be Moslems [sic].”

On Gab, support for the shooter has led to the rise of the #HeroRobertBowers hashtag, sometimes accompanied by #TeamWhite.