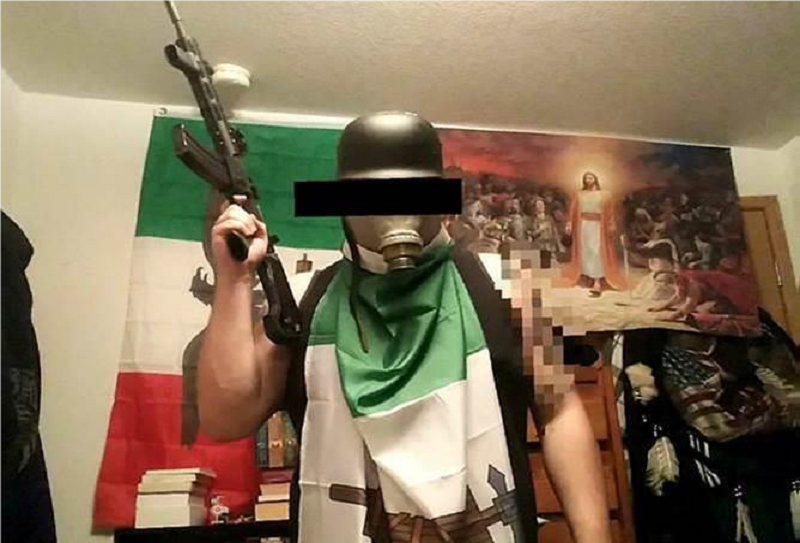 The investigation began after investigators in the ADL’s Center on Extremism uncovered Reed’s violent threats and fantasies and warned law enforcement about him in late October.

Reed made numerous online posts in social media accounts under a variety of pseudonyms that revealed deeply held white supremacist beliefs and visions of violence.  Using the white supremacist “echo”—the use of triple parenthesis around a word or phrase to designate that thing as Jewish—Reed claimed that he was “over here saving up to buy more guns and ammo to kill (((rats))) and animals.”

Reed also posted a call to “take back your future one synagogue at a time” and claimed that he was “gonna make the news some more and shoot some Jews in 2025.” This was one of several references he made to conducting some major act of violence in 2025, a date that for some reason interested him.

In one post using the pseudonym William, Reed described a fantasy about killing a Jewish child:

*Chamber of 12 gauge opens and shuts ejecting a spent gun powder smelling shell on the ground.

*Puts gun in Jewish kids mouth and raises his crying face off the ground with the shotgun.

* William: At least your parents don't have to waste money on a Bar Mitzvah, hallelujah. *Pulls trigger

Reed also posted a view through a rifle scope that targeted a Jewish boy, accompanied by the caption, “Why do you need a [sic] AR-15?”  Another time, Reed used one of his accounts to describe himself as “ready to kill the untermensch today.” (Untermensch is a Nazi term for non-Aryans). He also quoted Robert Bowers, the white supremacist responsible for the deadly shooting spree at the Tree of Life synagogue in Pittsburgh: “Screw your optics, I’m going in.”

And he posted about the book Siege, written by neo-Nazi James Mason, whose violent writings have become popular with a new generation of neo-Nazis, including the notorious group Atomwaffen.  Many Siege fans glorify mass killers such as Charles Manson, Dylann Roof and Robert Bowers. Reed was also the fan of another white supremacist book, The Turner Diaries, written by neo-Nazi William Pierce, used many times over the past several decades by white supremacists as an inspiration for violent acts, as well as Pierce’s novel Hunter, a fantasy about lone wolf killing. 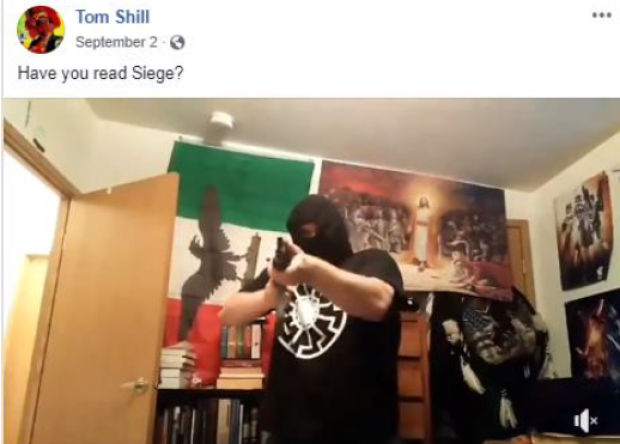 In addition to posting images of himself posing with weapons surrounded by white supremacist materials, Reed posted images of his firearms including one with the weapons spread over a neo-Nazi Sonnenrad flag.