Overview: These hashtags were created as a deliberate disinformation campaign on 4chan and promoted by white supremacists—there is no evidence that they are linked to or promoted by Black Lives Matter activists.

Description: This disinformation campaign originated in June 2020 on the online forum 4chan, a favorite among extremists, with the goal of getting the hashtags #AllWhitesAreNazis or #AWAN trending on Twitter. Organizers hoped to commandeer hashtags like #BlackLivesMatter and #BLM with a high volume of tweets—purportedly from Black activist accounts—containing the #AWAN hashtag. The campaign’s supporters hoped to sow tension between Black and white people, further dividing protesters and promoting accelerationism.

Many newly-created Twitter accounts—whose lists of followers suggested that the same owners controlled these accounts—attempted to promote the campaign. While the initial Twitter campaign largely failed after screenshots exposed the hashtag’s origins on 4chan and many of the accounts promoting the hashtags were disabled, #AWAN and #AllWhitesAreNazis have since migrated to Facebook, TikTok and Telegram, where antisemitic and white supremacist channels are promoting the campaign. 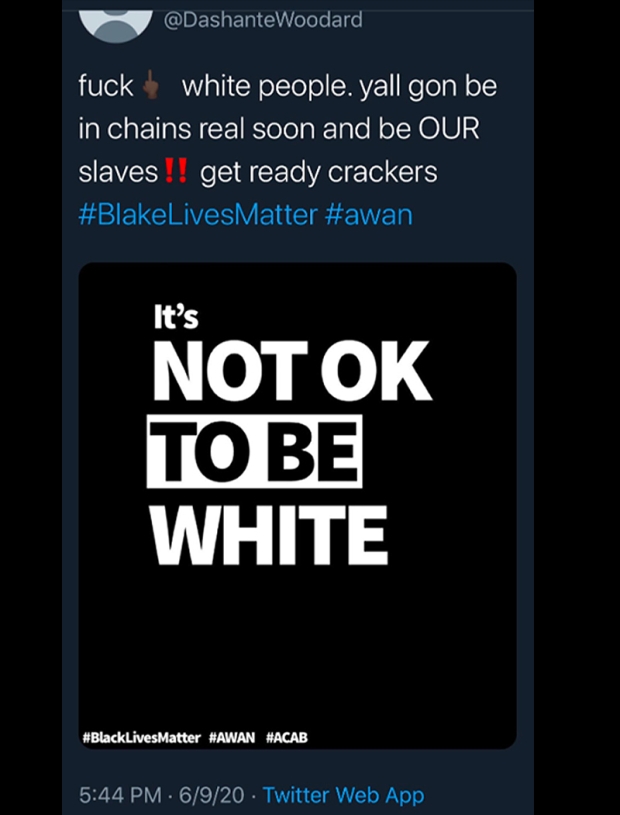 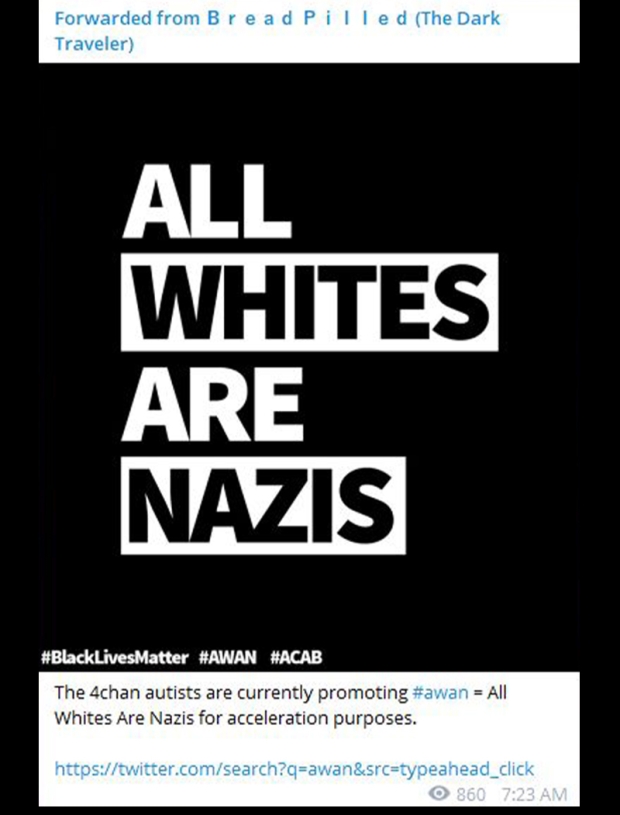