Overview: This document, which has circulated online for years, is not authentic.

Description: Debunked by Snopes in 2017, images labeled as an “antifa manual” have been circulating online for years. As Snopes documents, the same set of images has been shared alongside a range of claims about the origins of the manual. The language used in the document appears specifically designed to sow division and features many statements that do not align with the sentiments of anti-fascist organizers, and in many cases appear to be clumsy attempts at mimicking “left wing” rhetoric. Among them: “whites, especially cis white males, have proven to be the greatest evil mankind has ever known.”

Despite the evidence that this document is not legitimate, it continues to be shared on social media in posts about recent BLM protests. The same images, originally published in 2017, are being reposted with the comment, “these pages were Dropped in Eugene on May 29, 2020 during a Riot.” A Telegram channel affiliated with the alt lite extremist group Proud Boys reposted images of the document. Alt lite conspiracy theorist Jack Posobiec also posted a screenshot of the purported manual on Twitter, commenting: “The Antifa Manual specifically instructs members to target Black Lives Matter and immigrant rights groups for infiltration. This is not random, it is their doctrine.” 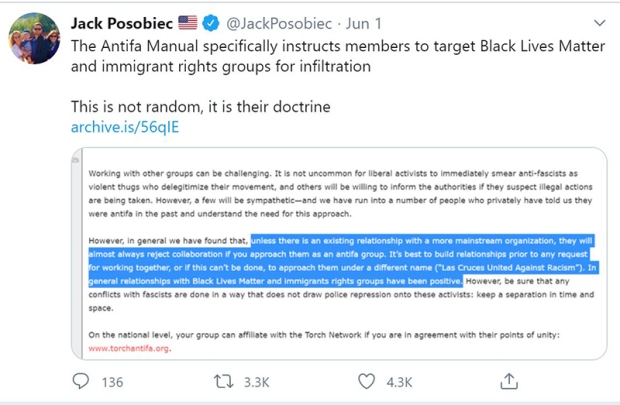 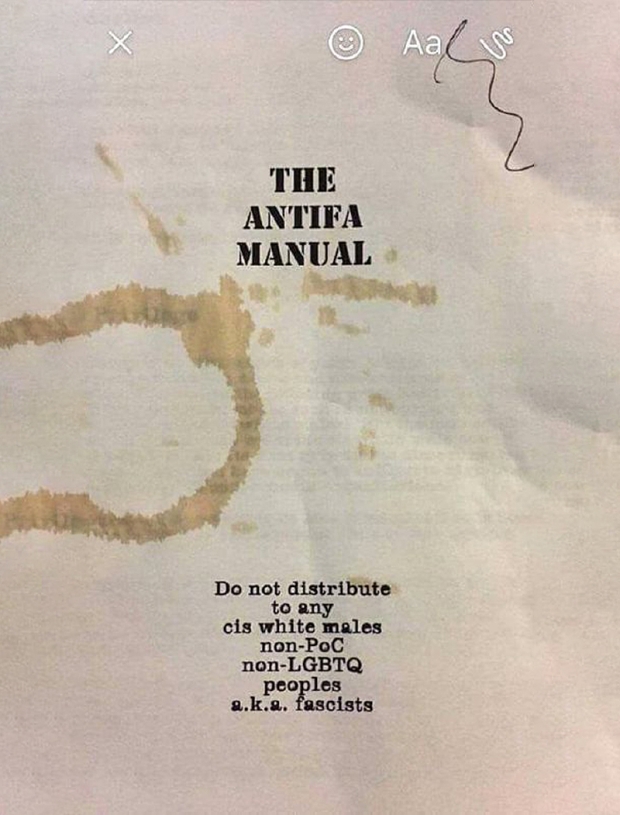