Making it Meaningful: Interrupting Biased Comments in the Classroom 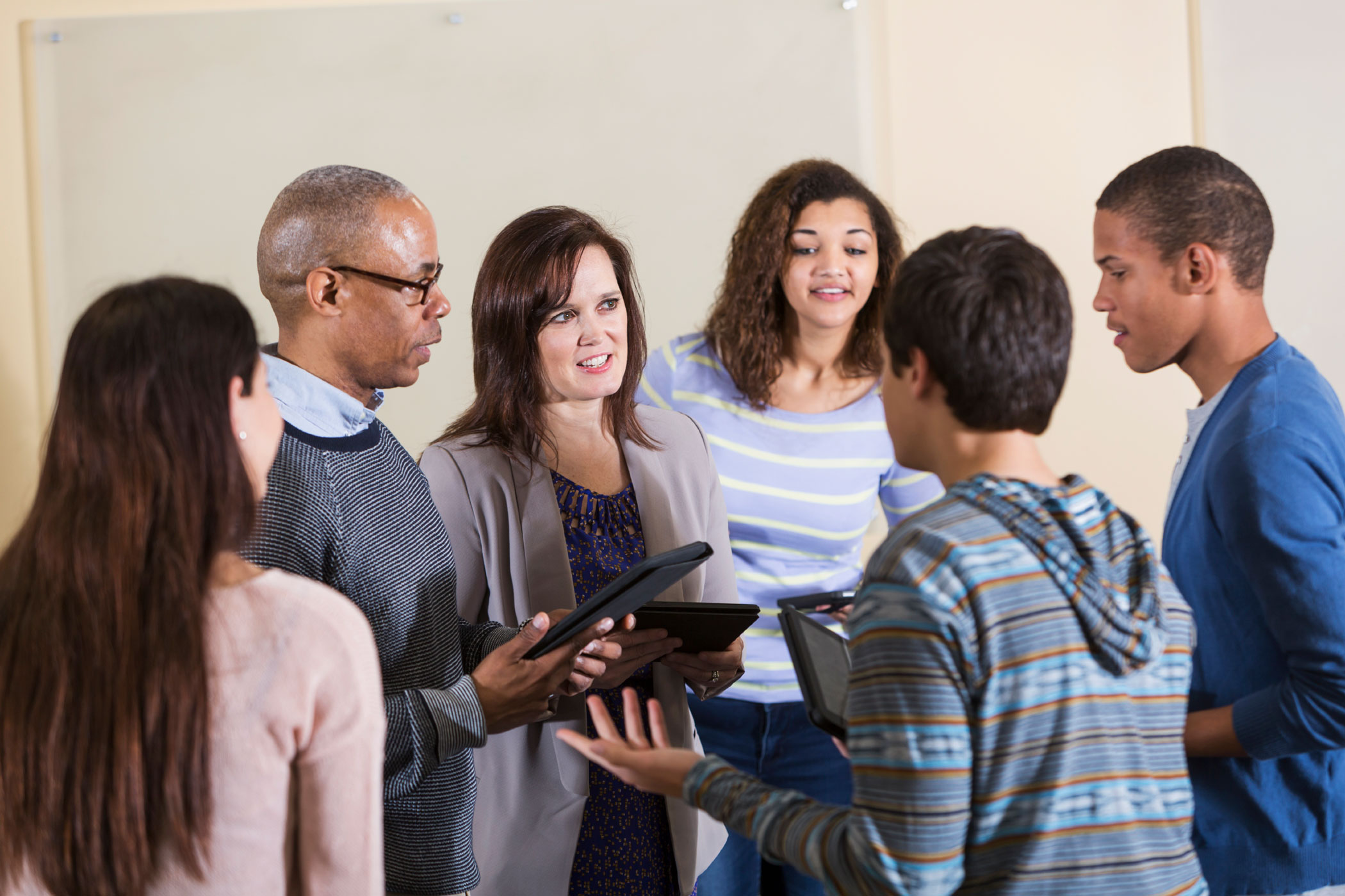 What do you do if you if think you hear one of your students make a racist, homophobic or sexist remark? Or more difficult, what if you hear it or think you hear it, but you’re not absolutely sure who said it?

This is one of those common yet incredibly difficult moments in a classroom that matter: Handle it wrong and your authority in the class is compromised; handle it right and you role model how an adult can right a wrong in a profoundly meaningful way for children.

First let’s look at how well meaning teachers can contribute to the problem. “That’s enough!” is a standard response from a teacher to a group of students when they’re being loud and need to settle down. But it’s also a go-to response when a student is bullying another child with a racist, sexist or homophobic comment. Take a step back and listen to the message communicated in that moment from the teacher—it’s a tacit approval or acceptance of what’s happening. Said another way, there should never be an amount of cruelty or bigotry that’s acceptable.

Instead, at the minimum, as soon as a teacher hears a derogatory comment, they should say, “Using that word(s) to put someone down is unacceptable.” At that point, they can go back to teaching their class or they can make the decision to spend a few more minutes addressing the remark with some depth.

When students push back, which happens all the time, there are two usual reactions:

“They don’t care! I was just joking.” Again, well meaning teachers often turn to the target and ask them if this is true. In that moment you have lost the teaching opportunity. The target will tell you they don’t care because they have to agree with their more powerful peer. Instead, teachers need to say strongly, “Saying X to put someone down is unacceptable. I don’t want it in my classroom and I’m not going to get into a discussion with you about if you were joking or not because it’s easy to say ‘just joking’ as an excuse to get away with this kind of comment.” If you have time, use the opportunity to discuss how to challenge biased language.

“I didn’t say it!” is a classic response and very tricky to handle well. Here’s why. It can be hard to be sure that you identified the student correctly. Out of a basic sense of fairness, you don’t want to wrongfully accuse anyone and if you get it wrong it’s likely that the students know who really did it but won’t tell you. Some teachers respond by saying something like, “If the person who said it doesn’t come forward, the whole class will be punished.” What usually happens is that no one speaks. Loyalty of silence reigns and the teacher is left fuming. Not only did a student get away with being cruel to another student but the teacher demonstrates that they are unable to handle the situation effectively. It reinforces the power dynamics between the students.

All while the actual issue gets lost. Communication shuts down. And really, finding out the “culprit” is not really the point. The point is that the comment was made and it’s important to help students understand why it’s wrong, no matter who said it.

Here are some suggestions for doing it differently.

Acknowledge that the point isn’t who said it but that it was said. Reaffirm with the quick values statement, mentioned above, about not using those words to put someone down. If any student argues with you, let them finish and then say, “You and I have a disagreement about this. I can’t allow you or any of my students to put people down. If you want to speak to me about this further, you can schedule an appointment to talk with me, but right now those comments need to stop. Are we clear?”

To address the comment in a meaningful way and to make it a teachable moment, spend a few minutes (or more, if possible) talking about these kinds of comments, why they are wrong and how we can address them in the classroom or school.

If you have only a few minutes, describe the different types of teasing. Explain that there is “bonding” teasing where you feel liked and connected to the person teasing you. “Annoying” teasing is when the person is insensitive to your reactions.  And then there is malicious teasing when the teaser repeatedly goes after you specifically around perceived insecurities to humiliate you in public.  As the teacher, it is critical to remind the students that everyone can be on the giving or receiving end of all of these kinds of teasing and malicious teasing can lead to or be considered bullying.

If you have a longer period of time to have this conversation, start off by describing the different types of teasing.  Then, expand the conversation to include why it’s so difficult for the targets to speak out, why targets often laugh it off and how that destroys the target’s credibility later if they ever want to come forward to admit how upset they are. This discussion can easily connect to any history or social studies curriculum that teaches about the nature of bystanding and the importance of protecting people’s rights to come forward to voice a politically or socially unpopular opinion.  You can also elicit from students why they think these comments are so pervasive and what they think should be done about it.

Unfortunately, racist, sexist and homophobic comments are prevalent in middle and high schools across the United States. However, teachers have a powerful opportunity to turn those remarks into opportunities for sharing, learning and change.

As soon as a teacher hears a derogatory comment, they should say, “Using that word to put someone down is unacceptable.” At that point, they can go back to teaching their class or they can make the decision to spend a few more minutes addressing the remark with some depth.