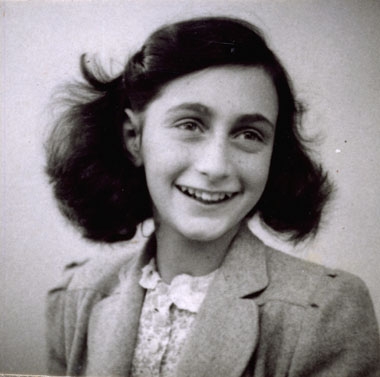 Anne Frank was a young victim of the Nazis during the Holocaust, when 6 million Jews, including 1.5 million children, were systematically murdered during World War II in Nazi-occupied Europe. Anne has become one of the most well-known victims of the Holocaust because of the diary she kept during her time in hiding before being captured by the Nazis.

Anne Frank was born in Frankfurt, Germany in 1929, before the Frank family moved to Amsterdam in 1933, the year the Nazis gained control over Germany. As persecutions of Jews increased in July 1942, the family went into hiding in secret rooms in Anne's father's office building when she was 13 years old. After two years of hiding, the family was betrayed and transported to concentration camps. Anne Frank and her sister, Margot, were eventually transferred to the Bergen-Belsen concentration camp, where they both died of typhus in March 1945. Anne gained international fame posthumously after her diary was found and published by her father, Otto Frank. The writings from the two years (June 12, 1942 until August 1, 1944) she spent in hiding with her family, while they struggled to stay safe, continue to touch, educate and inspire people of all ages today.