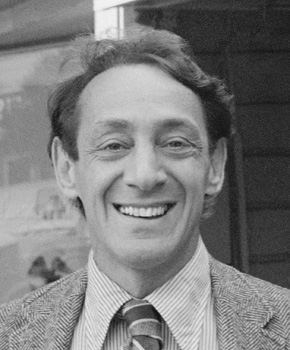 Harvey Milk, born in Woodmere, NY, was a U.S. politician who became the first openly gay man to be elected to public office in California, when he won a seat on the San Francisco Board of Supervisors. Milk’s groundbreaking election in 1977 as one of the world’s first openly gay elected officials—and its most visible one—symbolized the freedom to live life with authenticity to millions of LGBT women and men around the world.

Milk served less than a year in public office before he was brutally assassinated by another city supervisor. But his life profoundly changed a city, state, nation and a global community. His courage, passion and sense of justice rocked a country and stirred the very core of a put-down and pushed-out community, bringing forward new hope and a new vision of freedom.

Harvey Milk's dream for a better tomorrow, filled with the hope for equality and a world without hate, continues to motivate advocacy and action in a new generation.

Learn more about Harvey Milk and the Milk Foundation»