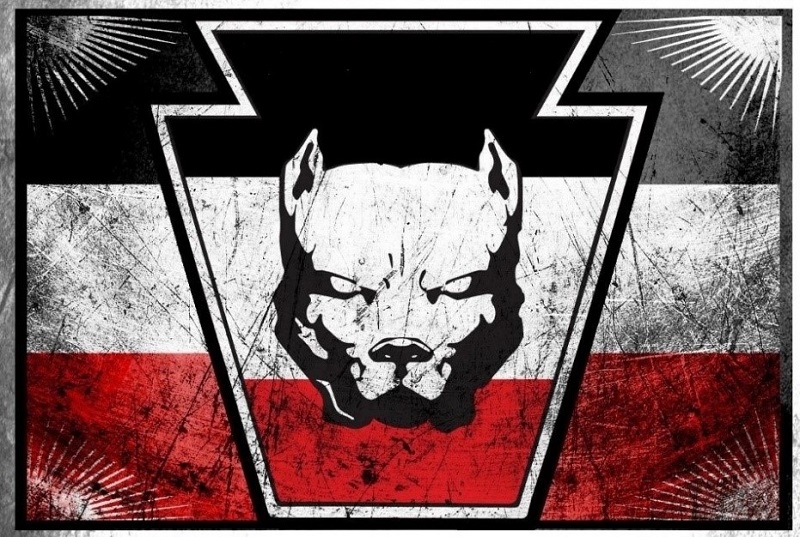 Keystone State Skinheads/Keystone United (KSS/KU) is a regional racist skinhead gang based in Pennsylvania. While racist skinhead crews nationwide experienced a general decline over the last few years, KSS/KU continues to be one of Pennsylvania’s most active white supremacist organizations. The group’s public and private activity has been sporadic since its founding in 2001. 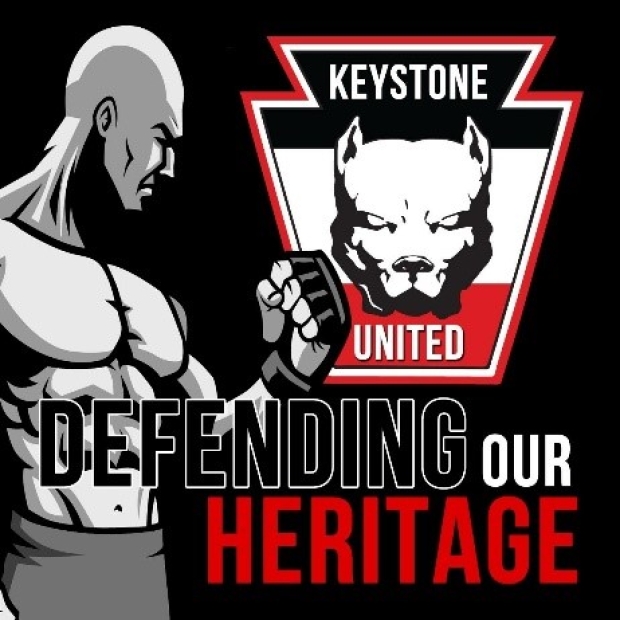 KSS/KU’s original slogan was “Stand Strong … Stand True,” but is currently “Freedom Through Nationalism.”  The group has also used “Defending Our Heritage.” Their logo consists of a dramatized version of an American pitbull’s head, inside a keystone striped in red, white, and black (the colors of the Nazi flag). KSS/KU has used this logo as the group’s “patch” which validated members would have tattooed on their bodies. The group also sells apparel, pins, flags, and other merchandise bearing the logo.

Generally, prospective members must serve a six- to twelve-month probationary period before they are granted full membership status and are expected to participate in many of KSS/KU’s activities. Full membership in KSS/KU is restricted to adult male residents of Pennsylvania, by invitation only. The group does not permit women to be members, but they are allowed to serve in a “supporting capacity.”

In late 2008, the group officially changed its name from Keystone State Skinheads to Keystone United. This was part of a calculated effort to sanitize their public image by rebranding the group as something other than violent racist thugs and simultaneously broadening its appeal to other white supremacists. In 2011, one KSS/KU member told a Croatian white supremacist magazine, “The name change came after we realized that the name word [sic] skinhead gives off negative thoughts to people, and you’re only going to limit yourself to a particular subculture and type of crowd. In order to gain public favor, and draw a larger support base, and to attract a wider variety of people, the name went from Keystone State Skinheads to Keystone United." 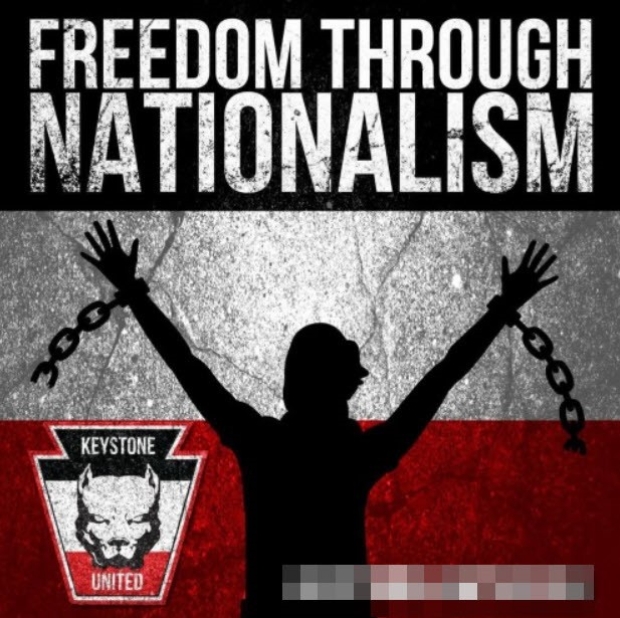 Although both names tend to be used interchangeably, KSS/KU claims Keystone State Skinheads refers to the social component of the group and Keystone United is the so-called “political activist” element.

Over the years, KSS/KU has been aligned with, and on occasion held events with, a number of different white supremacist groups, including the Blood & Honour Social Club, Vinlanders Social Club, Atlantic City Skinheads, Maryland Skinheads, Be Active Front and Traditionalist Workers Party.

On their web site, KSS/KU states that “violence is against the policy of Keystone United except in cases of self-defense. It is also against our policy to attack anyone on the basis of race verbally with racial slurs.” Despite this, members and associates have criminal histories dating back to the group’s founding, including charges of criminal violence. For example, less than a year after the gang was formed, three members pleaded guilty to simple assault charges after assaulting a patron at a local diner in eastern Pennsylvania. In 2007, two KSS/KU members were charged with, and subsequently pleaded guilty to, the brutal 1998 murder of two homeless men in Florida. And in 2018, KSS/KU members were charged with ethnic intimidation and assault after allegedly hurling racial slurs at and then attacking an African America patron at a bar in a Pittsburgh suburb.

KSS/KU was founded in Harrisburg, Pennsylvania, in September 2001 as a state-based racist skinhead crew. The goal of the Keystone State Skinheads was to “unite all racially aware skinheads in the state of Pennsylvania” and “establish Pennsylvania as one of the most racially active states in America.”

Just a few months later, members of KSS/KU participated in a January 2002 white supremacist event in York, Pennsylvania, which featured Matthew Hale, national leader of the white supremacist pseudo-religious movement, World Church of the Creator (subsequently known as the Creativity Movement). In addition to KSS/KU members and Creativity adherents, attendees also included members of other white supremacist groups such as the Hammerskins and National Alliance. The event, which attracted hundreds of people, including left-wing anti-racists and anarchists, erupted in violence that left several people injured and more than two dozen under arrest, including one member of KSS/KU. 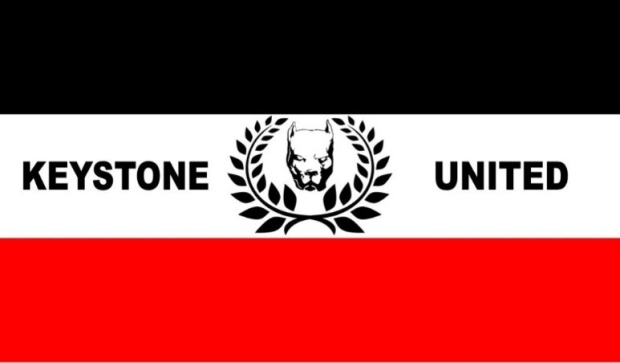 Following the York event, KSS began to bolster their numbers, establishing regional chapters throughout the state.  By 2003, KSS/KU had active chapters in Harrisburg, Philadelphia, Pittsburgh, Lancaster, Altoona and Wilkes-Barre/Scranton, and soon after claimed to have additional chapters in Chester County, the Lehigh Valley, State College, and Greensburg.

The group has not had individual leaders. Rather, it seems to be guided by a group of current members who are original co-founders or long-time members of KSS/KU.

KSS/KU activity has been inconsistent. Over the years, they have organized both public and private events including white power concerts, holiday gatherings, public demonstrations, and barbeques.

The group’s current website explains their purpose and efforts this way: “We now intend to focus our efforts on raising awareness among Whites through an increase in public activism and the creation of various outreach programs. These programs have been designed in an effort to channel the frustration caused by today’s hostile atmosphere and the lack of options offered to our folk. Additionally, these programs are intended to raise awareness about issues that have often caused many people to give in to their frustrations and lash out in the past.”

For the last several years, KSS/KU members and supporters have followed the trend of white supremacist propaganda campaigns such as banner drops and stickering. Stickers attributed to Keystone United have been posted in communities across Pennsylvania, including on college campuses, street signs, light posts, and other public structures. The stickers promote the group while also sharing white supremacist talking points about white people being under attack:  “Defending Our Heritage since 2001,” “#WhiteLivesMatter”. Other stickers attempt to paint the group as socially engaged members of the community: “No Drugs On Our Streets,” “Defend Our Community! Stand Up! Speak Out!” 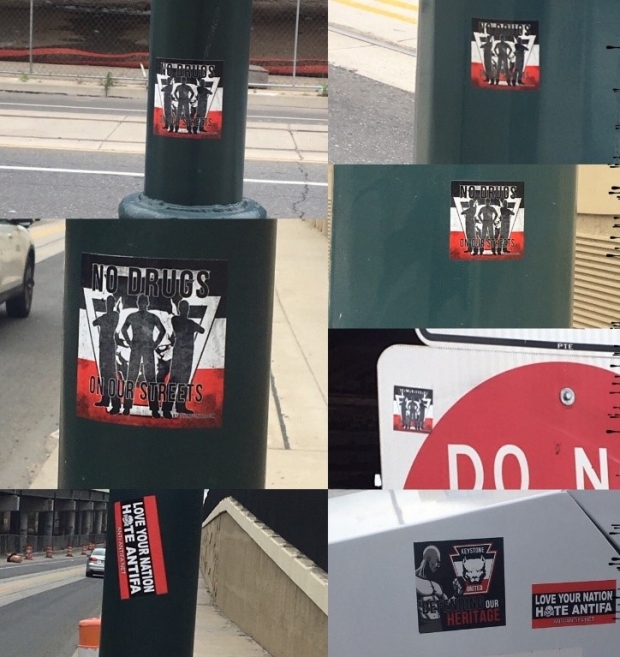 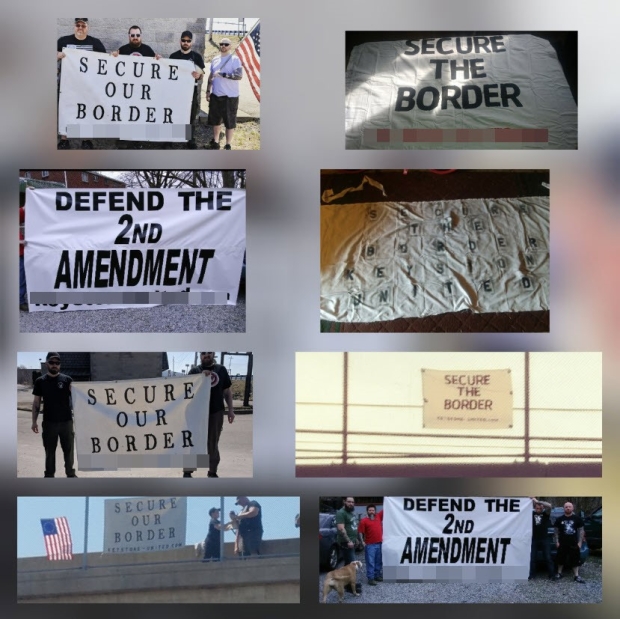 One of KSS/KU’s most popular events is their annual “Leif Erikson Day Celebration.” This public white supremacist gathering is held under the auspices of a celebration of the pre-Columbus, Nordic discovery of North America. Every October since 2007, KSS/KU has held this event in Philadelphia, Pennsylvania under police protection, carrying the flags of Scandinavian countries to a local statue of Icelandic explorer Thorfinn Karlsefni (as there is no local statue of Erikson). When they arrive at the statue, participants give speeches about Nordic explorers and express pride in their European and/or Nordic heritage.

In previous years, Antifa counter-demonstrators have disrupted the event by shouting down speakers and taunting participants. In response, KSS/KU resorted to keeping event details private.

October 2018 marked the first time in more than 10 years that KSS/KU did not hold their “Lief Erikson Day Celebration,” presumably because a few days prior, local activists removed the Thorfinn Karlsefni statue from its pedestal and threw it into the nearby Schuylkill River. 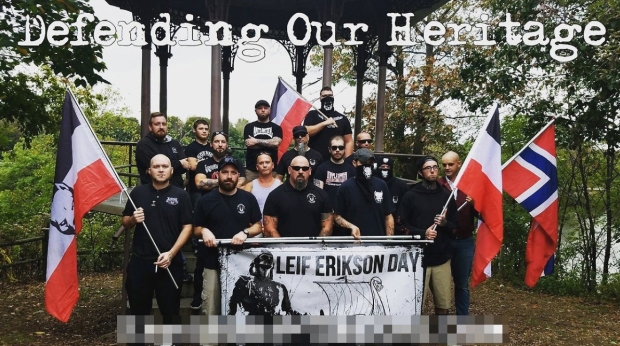 Some KSS/KU members have also gotten involved in local politics. Since 2016, two members of KSS/KU from the Wilkes-Barre/Scranton area have successfully run for political office. In 2012, KSS/KU co-founder and longtime white supremacist, Steve Smith, was elected as a member of the Republican Party county committee in Luzerne County as a write-in candidate (Pittston’s 4th Ward). Four years later, Smith was re-elected with 69 out of 73 votes. Also in 2016, fellow white supremacist and KSS/KU member Ryan Wojtowicz was elected to the Republican Party county committee for Luzerne County, Pennsylvania (Nanticoke’s 4th Ward). 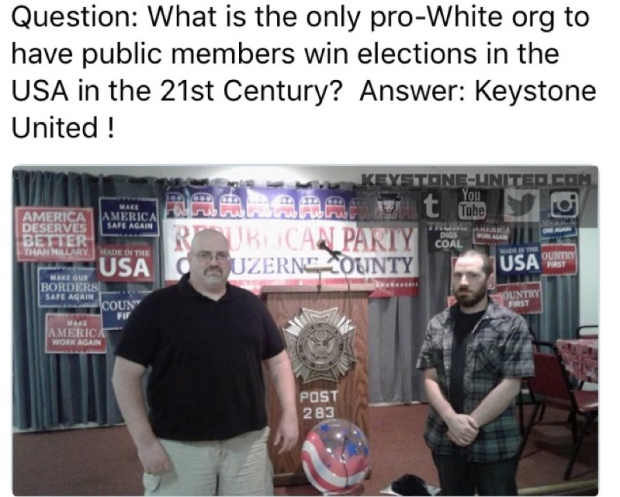 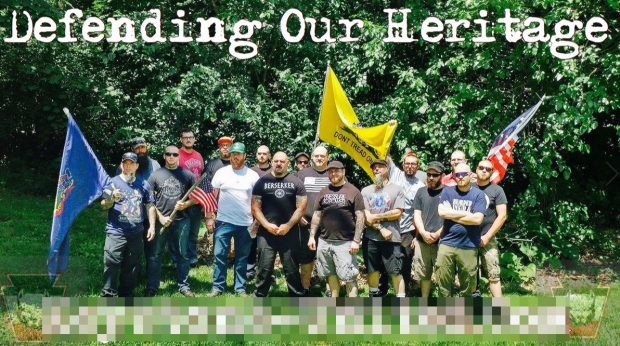 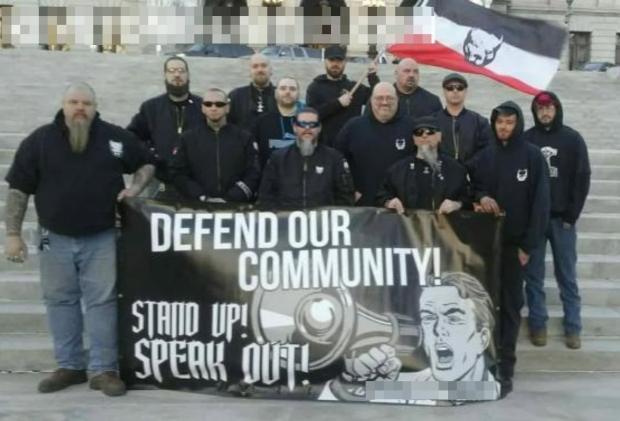