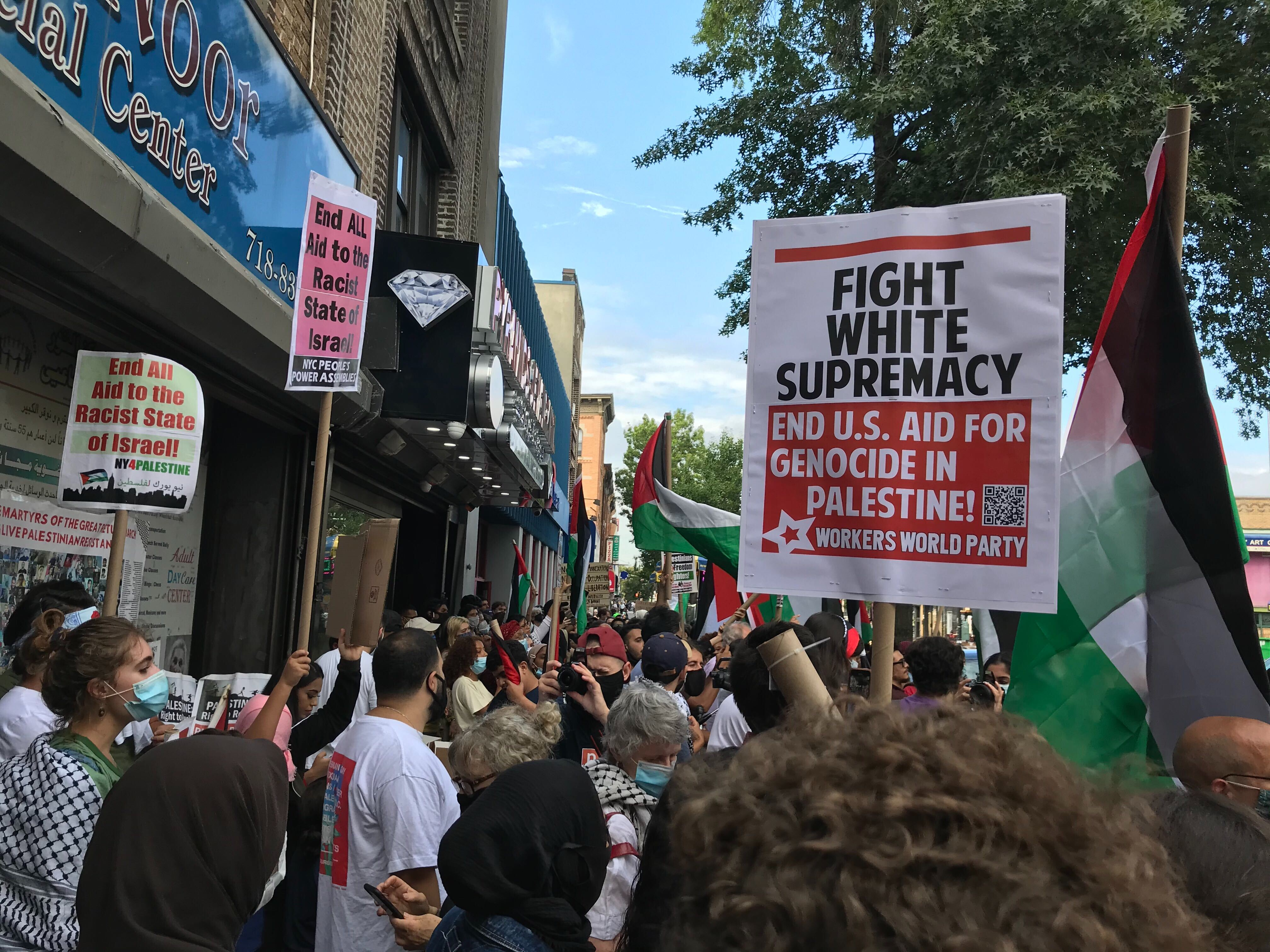 Anti-Israel organizations held demonstrations in at least eight cities across the country, August 7 through 9, 2020. Protests were organized following the call of transnational anti-Israel group Samidoun for Days of Resistance, designated as a time to engage in demonstrations and related activity as a follow-up to July’s Day of Rage anti-Israel protests that were more focused on Israel’s potential annexation of parts of the West Bank.

While most of the rhetoric at Days of Resistance demonstrations fell within the bounds of legitimate, if coarse, anti-Israel critique, a notable segment crossed the line into extremism and antisemitic tropes, including expressions of support for terrorist groups or allegations that Zionists control the Middle East or U.S. law enforcement. Most rallies also repeatedly called Zionism inherently racist. Such rhetoric has the effect of upsetting and antagonizing American Jews, as polls reveal that a majority of this community considers a connection to Israel a part of their cultural, social or religious identities.

Some of the most extreme sentiments expressed at Days of Resistance rallies included the following incidents:

Numerous anti-Israel groups organized Days of Resistance rallies, including Jewish Voice for Peace and Students for Justice in Palestine. Other groups included the Palestinian Youth Movement, Al-Awda, American Muslims for Palestine and the Arizona Palestine Solidarity Alliance. Radical anti-Zionist ultra-Orthodox Jewish group Neturei Karta had a visible presence at the New York City rally, where its leader, Rabbi Yisroel Dovid Weiss, spoke to the crowd, remarking, “Judaism is subservience to God. Zionism and the state of Israel is a direct rebellion against God and his Torah.” Although this may be true in the theology of his own small sect, it is not true for large numbers of American Jews.

Similar to Day of Rage protests, anti-racism was a prevalent theme at many of the demonstrations. Some speakers attempted to delineate connections between the struggle for Black liberation and the Palestinian cause. No official Black Lives Matter groups or anyone claiming to be a part of the Black Lives Matter movement participated in Days of Resistance rallies.