Ken O’Keefe, an anti-Zionist ex-Marine and anti-Semitic conspiracy theorist with a substantial following on YouTube, is currently on a national tour of the United States titled “F-ck the USSA/TSA/ Homeland Security Tour.” He is scheduled to visit cities all over the U.S., as well as Canada.

O’Keefe proudly announced that he would embark on this tour, taking Amtrak instead of flying. In announcing the tour, he claimed that the security polices of the TSA and Homeland Security violate people’s rights by “ordering” them to undergo a body scan, which he termed “radiation crap.” However, while ostensibly focused on security policies, his talks mostly promote anti-Semitic and anti-Israel themes. 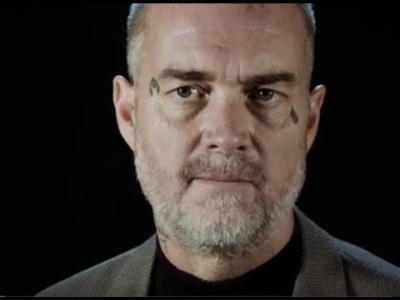 For example, at a talk in Berkeley, California, on March 17, hosted by the conspiracy theorist group 9-11Truth.org, O’Keefe promoted a vast array of conspiracy theories vilifying Jews and Israel. He alleged that a small group of individuals—later referred to as Jewish bankers—controls the world’s money. He called these individuals traitors, psychopaths, sociopaths, pedophiles and “otherwise corrupt, immoral, lacking in empathy people” who “bought everything and everyone that can be bought.”

He went on to say that Jews control the media and Hollywood. He also claimed that Israel operates within “Talmudic dictates” and alleged that the Talmud allows for Jews to rape non-Jewish three-year-old girls.

Later, when talking about Israel’s 1967 accidental attack on an American ship, the U.S.S. Liberty, O’Keefe asserted that Israel can do anything with impunity. He added, “They even abduct, torture, have sex with and ritually sacrifice young children.” He also promoted the conspiracy theory that Israel would take the “Samson option,” and exterminate the world “if it feels that its existence is threatened.”

Earlier in the week, at a program in San Diego, also hosted by the 9-11Truth.org, O’Keefe expounded on similar anti-Semitic themes. He claimed that Israel and Mossad were behind the 9/11 terrorist attacks. O’Keefe’s tour continues into the end of April, and he has stated that he plans to reach 17 cities across the U.S. and into Canada.

In 2014, O’Keefe attended Iran’s New Horizon Conference, which drew anti-Semites and Holocaust deniers from the U.S. and other parts of the world. He has also appeared on Press TV, the anti-Semitic English language station run by Iran, and has written articles for Veterans Today, an anti-Semitic conspiracy-oriented website.

O’Keefe has been an anti-Israel activist for many years. His YouTube videos, some of which have garnered hundreds of thousands of views, feature anti-Jewish and anti-Israel themes. He supports the Palestinian cause and has claimed both Irish and Palestinian citizenship. He was on a flotilla in 2010 that was stopped by Israel before the ship made it to Gaza. A number of activists on that ship were killed by Israeli armed forces and O’Keefe was arrested and deported. In addition, he was on a flotilla that entered Gaza in 2008. He was also jailed by Israeli authorities in 2004 when he attempted to enter the Gaza Strip to discuss with Palestinian representatives his proposed plan to bring 10,000 activists to the West Bank and Gaza.

As O’Keefe travels the country, it is likely that he will continue to promote virulent anti-Semitic conspiracy theories to his audiences. The sponsors of his talks often tout him as a peace activist and ignore his anti-Semitism. In some cases, they have been receptive to his anti-Semitic tropes, as they were in Berkeley, and even applauded his rhetoric.