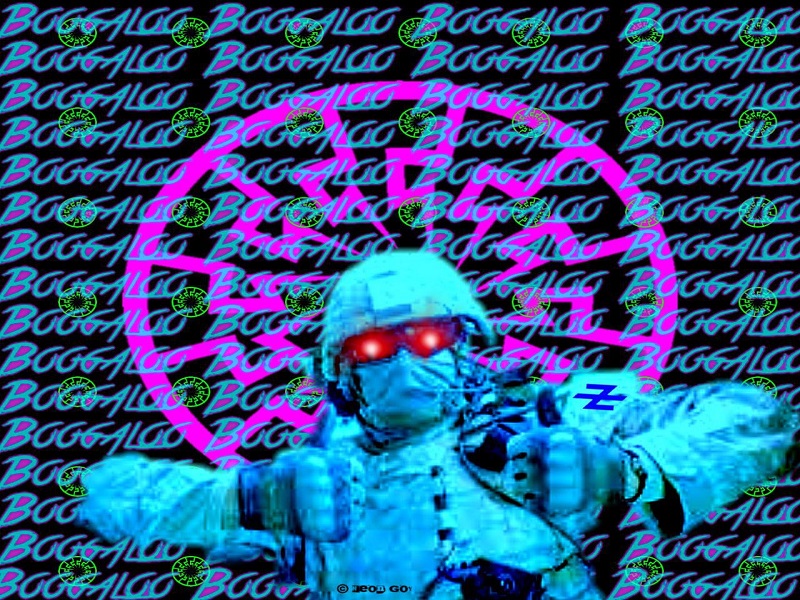 It’s not often an old joke evolves into a catchphrase for mass violence, but that’s just what’s happened this past year when a variety of extremist and fringe movements and subcultures adopted the word “boogaloo” as shorthand for a future civil war.

From militia groups to white supremacists, extremists on a range of online platforms talk about—and sometimes even anticipate—the “boogaloo.” The rise of “boogaloo,” and its casual acceptance of future mass violence, is disturbing. Among some extremists, it may even signify an increased willingness to engage in violence. 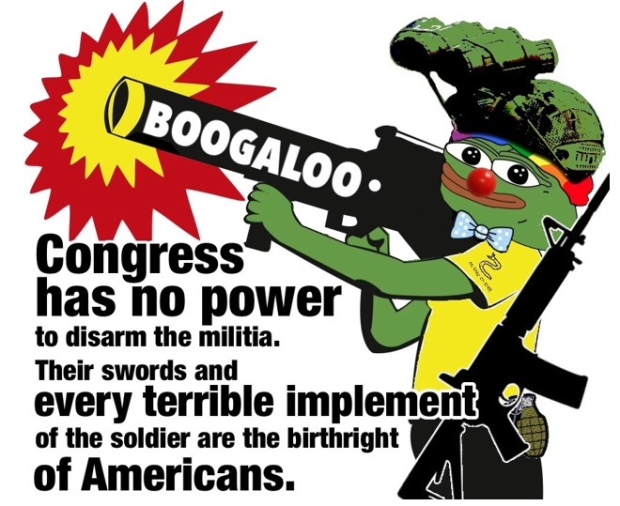 “Boogaloo” has its roots in decades of jokes about an old movie: the 1984 breakdancing film Breakin’ 2: Electric Boogaloo. Almost from the moment of the movie’s release, people exploited the format of the movie’s title for humorous purposes, replacing “Breakin’” with some other film, event or person of their choice.

These jokes included “Civil War 2: Electric Boogaloo” references, made every so often by gamers and history buffs, among others.  But its most recent, and most serious, iteration caught on and spread very quickly. Though some still use the phrase as a joke, an increasing number of people employ it with serious intent.

This new usage seems to have started with gun rights activists intimating or promising violence if the government were to “come for their guns.”  The full phrase has been used this way before; for example, in June 2018 someone started a Reddit thread titled “Civil War 2: Electric Boogaloo” featuring a 2012 Facebook post by Gavin Newsom, then California’s lieutenant governor, telling the National Rifle Association, “we ARE coming for your guns.”  The implication made by the poster was clear—that any such effort would result in civil war.

In 2019, usage spread widely among pro-gun activists on a variety of online platforms, so much so that it was quickly pared down simply to “boogaloo” or “the boogaloo.”  In August, a Twitter user warned others to buy whatever guns and ammo they wanted now, because soon the ability to do so would be “severely curtailed,” adding, “Button up for the #boogaloo. Now.” That same month someone else tweeted the hashtag #boogaloo, warning about 100 million “active shooter” situations “when the cops try to do nationwide gun confiscations.” 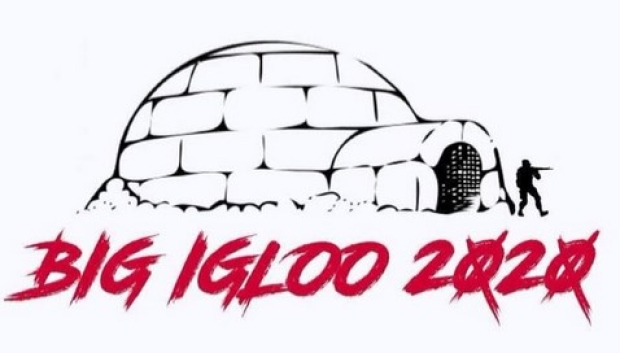 Some people predicted that proposed “red flag” laws (laws allowing the temporary seizing of firearms from individuals deemed to present a danger to themselves or others) would bring on the boogaloo. Boogaloo-related hashtags now often appear along firearm-related tags, such as #2a, #gunrights, and #ShallNotBeInfringed. Many boogaloo references are directed against the “alphabet boys” or “alphabet gang” – federal agencies like the FBI and ATF – which people assume would assist in any gun confiscations.

In September, then-presidential hopeful Beto O’Rourke called for a mandatory buyback program for assault weapons, sparking a rash of boogaloo references. “You realize your gun confiscation plan would set off the boogaloo, right?” one person asked O’Rourke on Twitter in October.  “Do you know that you will start a boogaloo?” demanded another.  “Once Beto starts taking the guns away, the boogaloo will start,” asserted a third. 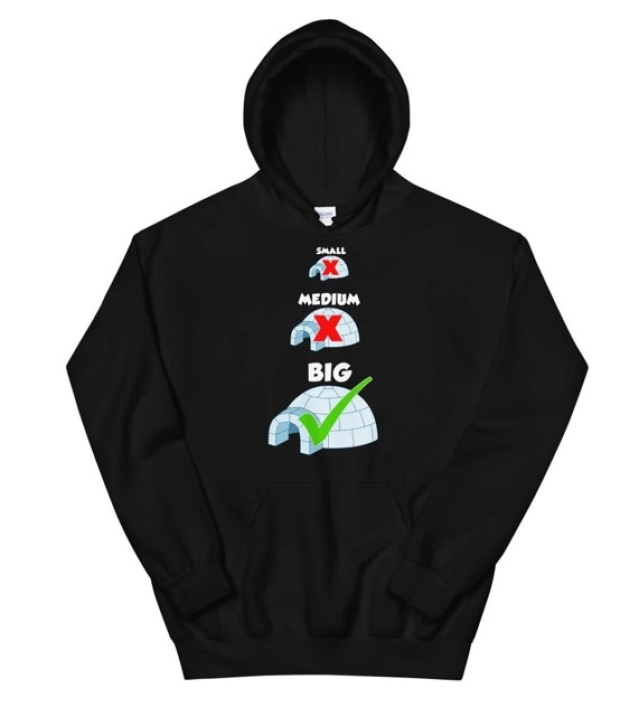 The boogaloo meme soon spread from angry gun-rights activists to the militia movement and survivalists.  The Telegram channel “Boogaloo: How to Survive” claims to show “how to survive in a post society world through understanding the psychology of violence, attaining resources, and organizing to accomplish post society tasks.” It currently has more than 1,700 members. A militia movement-related website now sells a “Boogaloo 2020” t-shirt—and it is hardly alone.  Now one can buy boogaloo-related clothing and accessories from a variety of online marketplaces, including Amazon. Items include patches, pins and apparel (such as “Big Igloo” t-shirts).

The boogaloo meme has spread to other movements with anti-government beliefs, primarily minarchists and anarcho-capitalists, which are essentially conservative alternatives to anarchism, as well as a few apparent anarchists. Use of the term by adherents of these philosophies often refers to violence against the state and its institutions, especially law enforcement.

White Supremacists Take Up the Term

White supremacists have also adopted the boogaloo concept. A particularly disturbing boogaloo t-shirt (currently available online) features the word boogaloo under a photograph of John Earnest, the white supremacist who opened fire at a synagogue in Poway, California, in April 2019, killing one person.

Whereas the militia movement, radical gun rights activists typically promote the boogaloo as a war against the government or liberals, white supremacists conceive of the boogaloo as a race war or a white revolution. Some promote boogaloo-related phrases alongside hashtags such as #dotr or #DayOfTheRope, both of which are references to neo-Nazi William Pierce’s The Turner Diaries, a novelized blueprint for a white revolution.

Accelerationist white supremacists are particularly apt to use “boogaloo” – they seek the violent collapse of modern society in order to bring about a new, white-dominated world. Among them is Paul Nehlen, who gained notoriety by running for U.S. Congress in Wisconsin in 2016 and 2018. After the Poway synagogue shooting, Nehlen embraced both accelerationism and the term boogaloo and has even posted photos of himself wearing the John Earnest/boogaloo shirt. 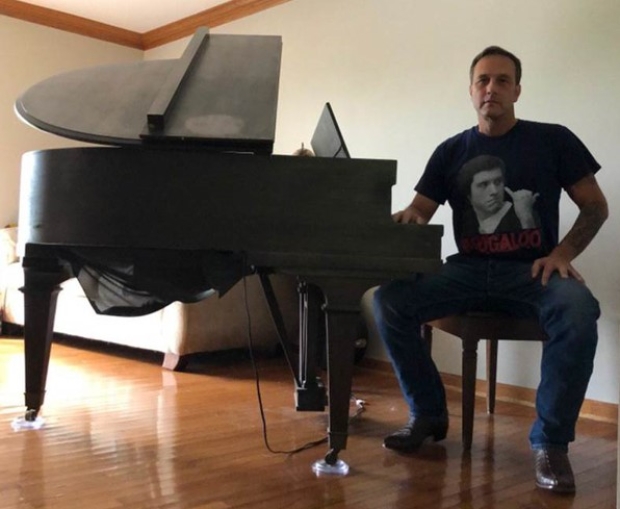 If they are ever dumb enough to come for your guns, let the executive, legislative, and judicial workers and their kike handlers know that they had better confiscate all the manure and trucks in America…because the first places you’ll visit will be the courthouses, legislatures, barracks, and next, their personal homes, their parents [sic] homes, their kids [sic] homes…and it will truly be the beginning of the White Man’s Boogaloo.

The reference to manure and trucks is likely an allusion to Timothy McVeigh’s use of an ammonium nitrate truck bomb to destroy the Murrah Federal Building in Oklahoma City in 1995.

The white supremacist (and accelerationist) group Feuerkrieg Division recently posted a song about a race-war boogaloo to its official Telegram channel. A sampling of the lyrics makes its thrust clear:

Kill the kikes, and save the whites

Plug a pig, and then a Yid

Let’s do the Boogaloo, all together now!

Care must be taken when evaluating boogaloo-as-civil-war references, as some people—even those in extremist movements—still use the phrase jokingly, or to mock some of the more fanatical or gung-ho adherents of their own movement.