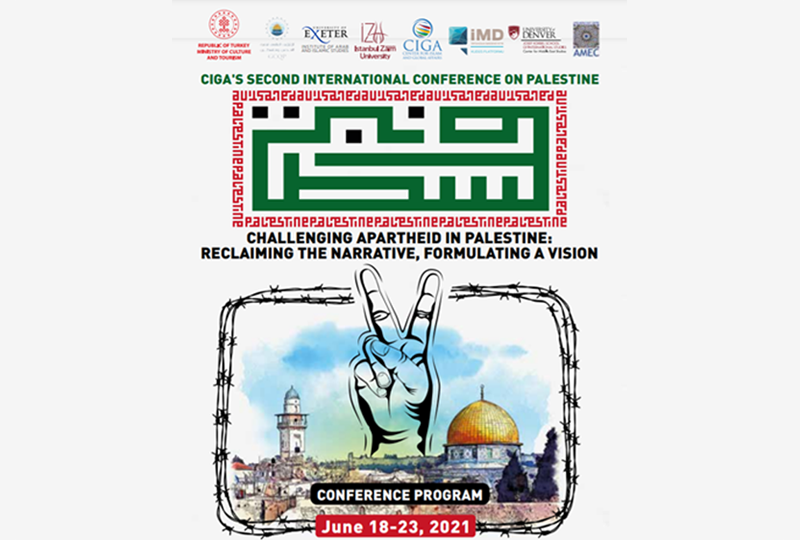 From June 18-23, 2021, the Center for Islam and Global Affairs (CIGA) at the Istanbul Sabahattin Zaim University held a conference entitled “Challenging Apartheid in Palestine: Reclaiming the Narrative, Formulating a Vision,” which featured dozens of prominent anti-Israel academics and activists from across the world. CIGA is led by former University of South Florida professor Sami Al-Arian, who was deported to Turkey in 2015 after pleading guilty, per the US Department of Justice, “to a charge of conspiring to provide services to the Palestinian Islamic Jihad.”

Across roughly a dozen webinars during the conference, speakers repeated antisemitic tropes about Zionist or Jewish power and control, expressed support for Hamas and demonized Zionism and Zionists. Casting Zionism and Zionists as inherently nefarious and racist can also have a negative effect on a large number of Jews around the world, including a majority of American Jews, who view a relationship with Israel as part of their Jewish identities.

In a number of instances, speakers espoused antisemitic rhetoric about global Jewish or Zionist power and control in media, culture and more.

Speakers at the CIGA conference repeatedly argued that Zionism and Zionists are inherently illegitimate, racist and nefarious. They also used language delegitimizing Jewish self-determination in and indigeneity to the land of Israel.

On at least two occasions, speakers articulated or seemed to imply their support for Hamas’ violence. Hamas has intentionally targeted, killed and injured scores of Israeli civilians since it was founded in 1987 with the mission of the eradication of the Jewish state. It is designated a terrorist organization by both the United States and the European Union.