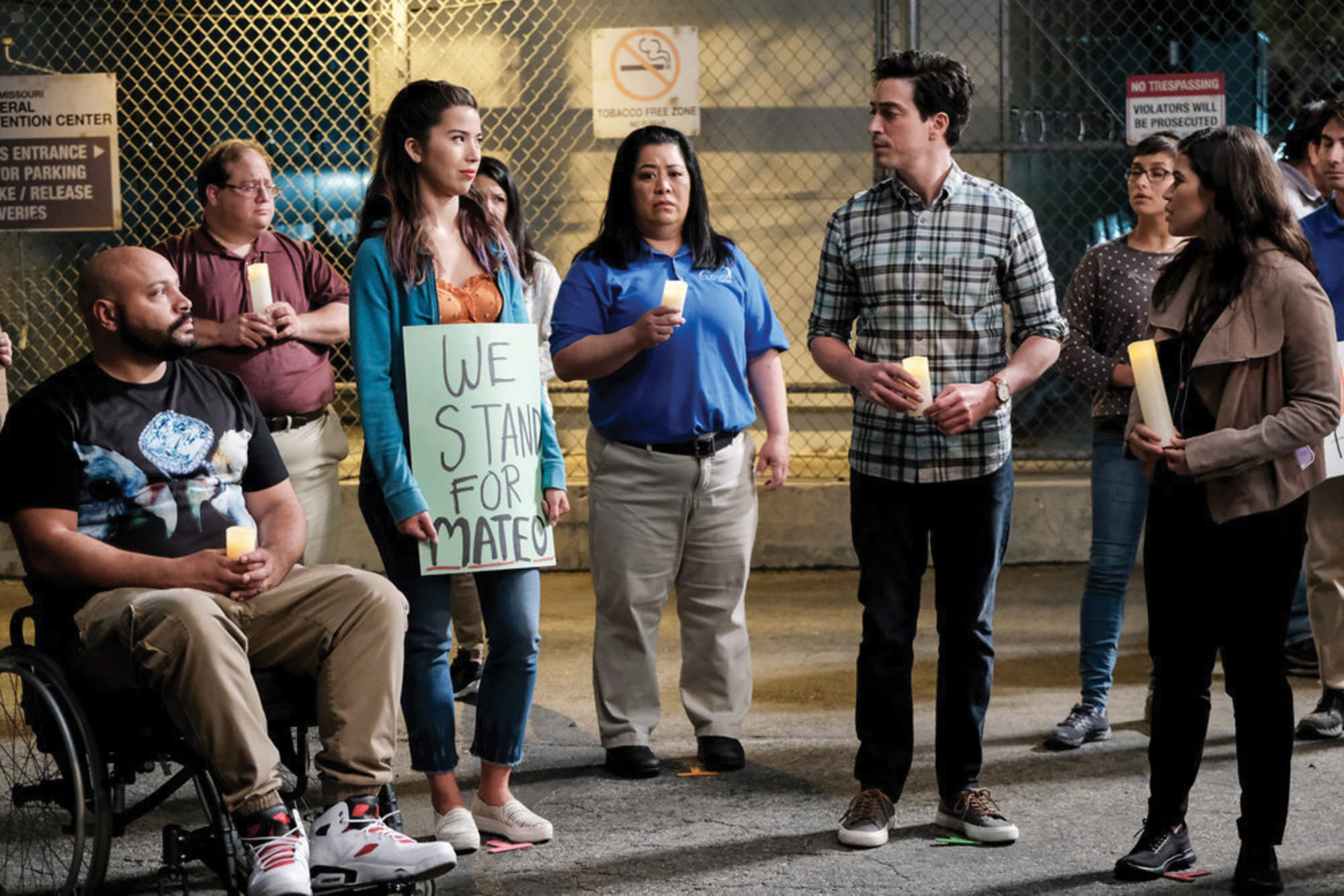 How people are portrayed on television – matters. Increasingly diverse storylines, characters and content creators are widely seen as positive, but how is this trend affecting the prevalence of stereotypes in our culture? Is it increasing our ability to empathize and act?

In a recent study, Define American and USC’s Norman Lear Center examined depictions of immigrants on television and the impact of those portrayals. The study examined depictions of 129 unique immigrant characters across 97 episodes of 59 scripted narrative TV shows that aired for a full year (between August 2018 and July 2019).

Researchers found that 34% of immigrants on TV were in some way associated with a crime; in 2019, this number dropped to 22%. In reality, study after study has shown that immigrants are less likely than native-born citizens to commit crimes or become incarcerated. The research also indicates that undocumented immigrant portrayals are over-represented (63%) when compared with the statistics on immigrants who are actually undocumented (37%).  And, while diverse representation has increased overall, immigrants who are Asian and Pacific Islander continue to be underrepresented on TV.

Positive and nuanced portrayals of immigrants make a difference

While it is disheartening that representation of immigrants in the media reinforces stereotypes, an important silver lining did emerge from the research. When people watched shows that presented prominent storylines about immigrants in a complex and nuanced way, researchers found a shift in attitudes that inspired those viewers to take action in real-life.

Three TV shows, which you can preview in these short clips, introduced multi-dimensional immigrant characters and immigration storylines and they have had an impact.  According to the research, Orange is the New Black viewers were more active on social media in standing up for people who are immigrants. After watching Superstore, viewers were also more likely to speak up for immigrants among their friends and on social media networks. And, empathy was the emotion most commonly felt by those exposed to Madam Secretary (39%), Superstore (43%), and Orange Is the New Black (48%). As Jose Antonio Vargas, Pulitzer Prize-winning journalist and Emmy-nominated filmmaker, explains, “This new data shows how the power of storytelling can engage audiences, shift mindsets, and move people into action.”

This research provides an encouraging correlation between the positive portrayal of immigrant characters on television and an increase in empathy and action.

This compelling research reminds us that a lack of portrayals as well as negative, one-dimensional depictions of underrepresented groups, exist in other media.

Over the past several decades, for as long as this information has been collected, there has been a disturbing diversity gap in children's literature, which applies to both storylines and authors of color. In 2017, only 7% of new children’s books were written by Black, Latinx or Native authors.  Similarly, in both the television and movie industries, there continues to be a lack of diversity and depth for both characters and actors of color. This disparity also extends to women, people with disabilities and LGBTQ characters.

The concept of  "mirrors and windows" is often used to describe two different ways of portraying identity in children’s literature. Both approaches are crucial and should be included in the media we all consume, especially young people. Acting as mirrors, books and other media enable children to see and affirm themselves in various aspects of their identity with beauty, complexity and depth. When books and other media serve as windows, they provide views into the lives and experiences of people with identities that differ from their own.  Storytelling and narratives, wherever we encounter them —in books, on television, on the movie screen, in games or elsewhere—have the potential to help all of us create a deeper understanding of ourselves and foster empathy and understanding of others.

The research from Define American and USC Norman Lear Center point to these significant findings: Narratives make a difference in how we see others and they can provide the impetus to act on injustice.

How teachers and families can apply this information

Here are a few strategies for applying this information to the narratives that we bring into our classrooms and homes:

This research highlights that stories and narratives are a powerful force in our lives. Providing young people with narratives that reflect diversity and depth can help them cultivate empathy. It can give young people the opportunity to recognize intersecting identities, appreciate the complexity and nuance of identities and connect with those narratives as part of the human condition.