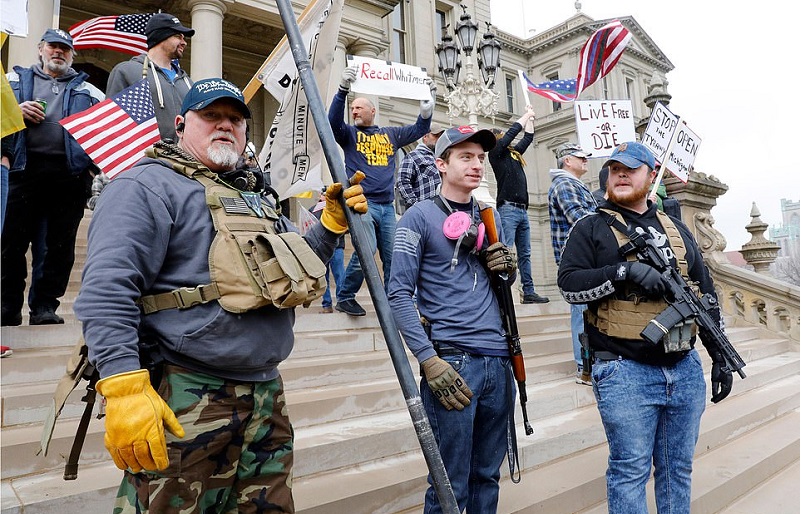 Americans’ response to the coronavirus pandemic now includes a spate of nationwide rallies decrying stay-at-home orders and calling for “reopening” the economy. While many of the protests calling for the reopening of the economy and the lifting of state-issued quarantine mandates have been organized by more mainstream conservative organizations, a number have been sponsored in whole or part by identified extremists and a range of rally participants have carried signs or flags affiliated with various right-wing extremist ideologies.

In Idaho, anti-government extremist Ammon Bundy, best known for his role in the 2016 Malheur standoff, has held multiple indoor public meetings in March and April in defiance of statewide stay-at-home orders. Bundy has also threatened to lead marches to the homes of local officials. In Ohio, the group Anonymous Columbus Ohio, a right wing “Anonymous” group with ties to anti-government extremists, has held several protests in front of the Ohio Statehouse.

On April 19, Matt Marshall, a leader of the Three Percenters, a wing of the anti-government militia movement, helped organize a rally in Olympia, Washington. The event was advertised by the Oath Keepers, another anti-government organization. Prior to the rally, Marshall encouraged participants to wear Hawaiian shirts, a nod to the extremist reference to the “Big Luau,” which is another expression for the boogaloo, or a future civil war. Attendees included members of the Three Percenters and Joey Gibson, the founder of the far-right Patriot Prayer group. 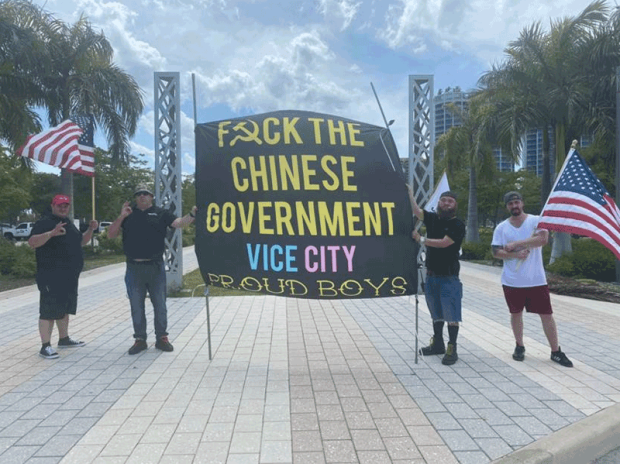 Protesters nationwide have held signs and flags bearing anti-government messages, likening state governments to Nazis and waving confederate flags. Signs in New Hampshire and Tennessee referenced the boogaloo, using the slogans, “Liberty or Boogaloo” and “Join my boog squad.” In multiple locations, people have held up Proud Boys signs and flags, as well as signs referencing the QAnon conspiracy theory.

In Columbus, Ohio, two men displayed a sign labelling Jews as the “real plague” and depicting them as rats. The Center on Extremism believes one of the men to be a member of the neo-Nazi National Socialist Movement. This individual also participated in the Motor City Pride protest in June 2019, and ADL documented him in a photo at an NSM event on November 9, 2019, in Ulysses, Pennsylvania, with Timothy Wilson, a white supremacist who allegedly planned to bomb a Missouri hospital last month.