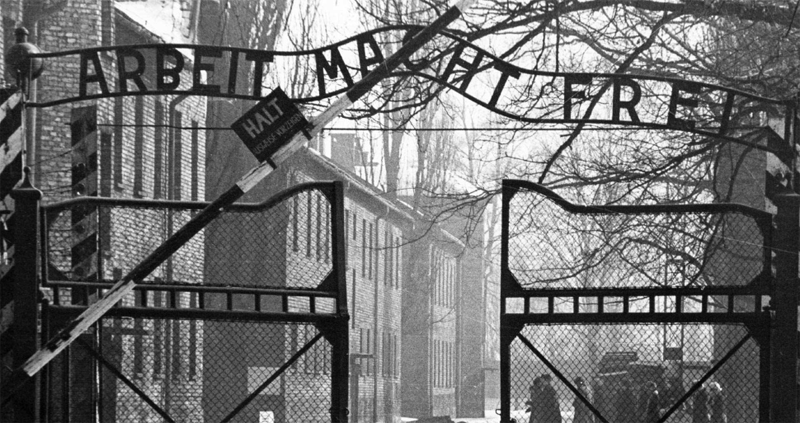 Holocaust Denial is a Form of Hate

The Holocaust, the systematic murder of approximately six million Jews, and several million others, is one of history’s most painstakingly examined and well-documented genocides.

Nevertheless, in the decades since World War II, a small group of antisemites have repeatedly attempted to cast doubt on the facts of the Holocaust as they pertain to its Jewish victims. They claim that Jews fabricated evidence of their own genocide in order to gain sympathy, extract reparations from Germany and facilitate the alleged illegal acquisition of Palestinian land for the creation of Israel.

This phenomenon, known as Holocaust denial, is founded on stereotypes of Jewish greed, malevolence, and scheming, and on the belief that Jews are somehow able to force massive institutions — governments, Hollywood, the media, academia — to promote an epic lie. Many Holocaust deniers, especially in the early years of the movement, were overt white supremacists and Nazi sympathizers. Now Holocaust denial appears to have become more widespread.

Although the antisemitic nature of Holocaust denial seems obvious, Facebook has consistently refused to categorize Holocaust denial as a violation of its terms of service, or “Community Standards,” which prohibit the use of its platform as a vehicle to demonize others or engage in hate speech. In July 2018, Facebook CEO Mark Zuckerberg said in a Vox Recode interview that while he finds Holocaust denial “deeply offensive,” Facebook views the refusal to acknowledge the attempted annihilation of European Jewry as a simple factual error. “I don’t believe that our platform should take that down because I think there are things that different people get wrong,” Zuckerberg said. “I don’t think that they’re intentionally getting it wrong….”

As a result of Facebook’s refusal to categorize Holocaust denial as a form of antisemitic hate speech, this rhetoric appears across the platform, including in both public and private groups specifically devoted to the topic. And while some of these groups state that they are forums for “objective discussion” of the Holocaust and that blatant denial is not permitted, an ADL review clearly found explicit denial, as well as the hate-filled and conspiratorial antisemitism common to this philosophy. The groups examined in this analysis include:

Though some apologists for Holocaust deniers claim they are merely presenting an alternative view of history, posts shared in these Facebook groups underscore the fact that Holocaust denial is an antisemitic conspiracy theory founded on the belief that a cabal of Jews has engaged in a plot to deceive, defraud, and control the world. Jews or “Zionists” are frequently blamed for orchestrating the “hoax” in order to pave the way for the creation of the state of Israel, undermine white European confidence or extract reparations money. They were driven to concoct the Holocaust “hoax” by their greed, lust for power, and hatred and disdain for non-Jews, and especially Europeans and Palestinians. The contempt and hatred that many Holocaust deniers feel towards Jews is viscerally apparent in many of the posts, often featuring offensive memes. Even Anne Frank, whose diary has inspired millions, is designated a fraud.

The following is just a small sample of posts our team found on Facebook while researching this topic: 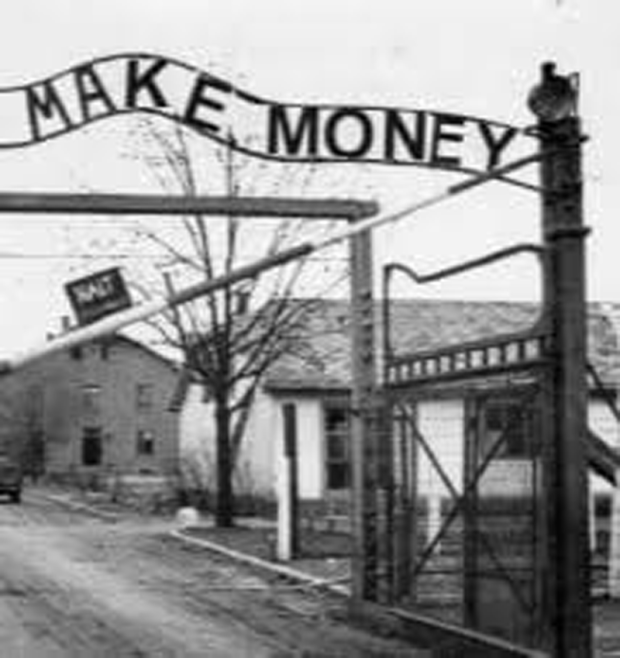 This manipulated image changed the infamous sign above the entrance to Auschwitz -HR, originally posted March 2, 2020 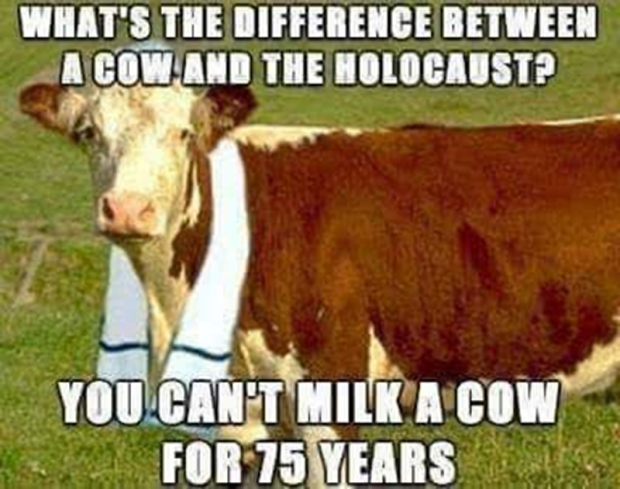 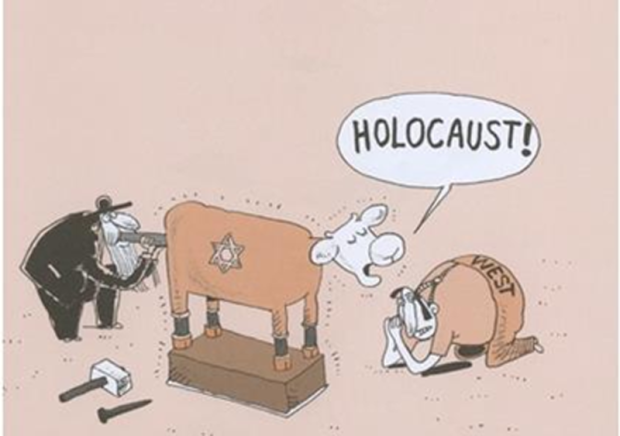 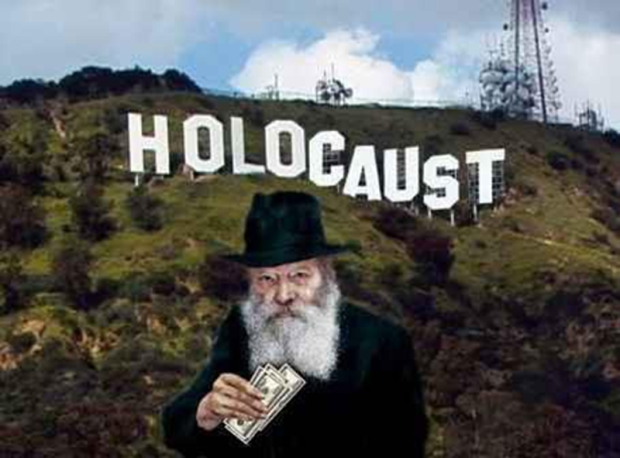 Photo Comment: ”Jews never have enough money, they are like dragons they horde and roots on their gold, I bet that Jew even sleeps on a pillow stuffed with 100 dollar bills”
Cover Photo, HEOTH, originally posted January 2, 2012 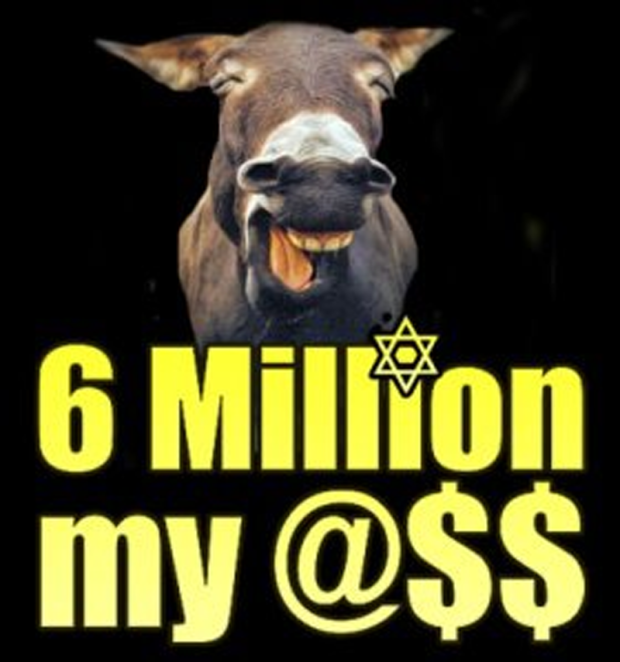 Expressions of hatred for Jews are common in Holocaust denial groups on Facebook, even when the Holocaust is not being discussed. Jews are attacked as evil, inhuman and diabolical, and the Jewish religion is vilified and degraded. Some posters try to mask their antisemitism from casual inspection or from automatic detection by using coded language and symbols, such as the “echo symbol,” or by deliberately misspelling the word “Jew.”

Holocaust denial on Facebook sometimes includes overt white supremacist elements and veneration of Hitler and the Nazis, as well as links to neo-Nazi ideologues and other extremists.

Many of the groups’ moderators have their own history of antisemitic and Holocaust-denying content:

“Holocaust Revisionism” moderator Sandy Mak has a profile picture from March 2019 claiming the “Zionists did 9/11” and frequently posts about “the Zionist agenda.” The other moderator, Tracy Steiner, posted in the group from her personal page “We’re taking down the ZOG machine Jew by Jew by Jew…The white man marches on” and has posts alluding to the New World Order and being a “Truther.”

“Did the holocaust really happen??” moderator Jack Ceulers’ profile picture is a car with a license plate that reads “Reich 55.”

“Real World War 2 history” administrator Keith Teal has a profile picture from 2018 that contains the Nazi sonnenrad logo and liked the group “Synogogue [sic] of Satan.” The personal profile of Stephen King – another administrator for the group – contains numerous antisemitic and Jewish conspiracy posts, including a link to the book On the Jews and Their Lies: His Classic Warning about the Jews and Their Hatred of Jesus.

The administrators for “Historical Examination of the Holocaust” include Bradley Smith, an infamous Holocaust denier and founder of the Committee for Open Debate on the Holocaust. Smith passed away several years ago, but his Facebook page continues to actively post Holocaust denial and antisemitic conspiracy theories. Another administrator, Robert Schmidt, posts on his personal page antisemitic articles such as, “Jewish Bankers Were the Cause of Both World War 2 and the Armenian Genocide.”

CODOH is a public page by which the Holocaust denial clearinghouse CODOH.com disseminates its content on Facebook. CODOH is an acronym for “Committee for Open Debate on the Holocaust.”