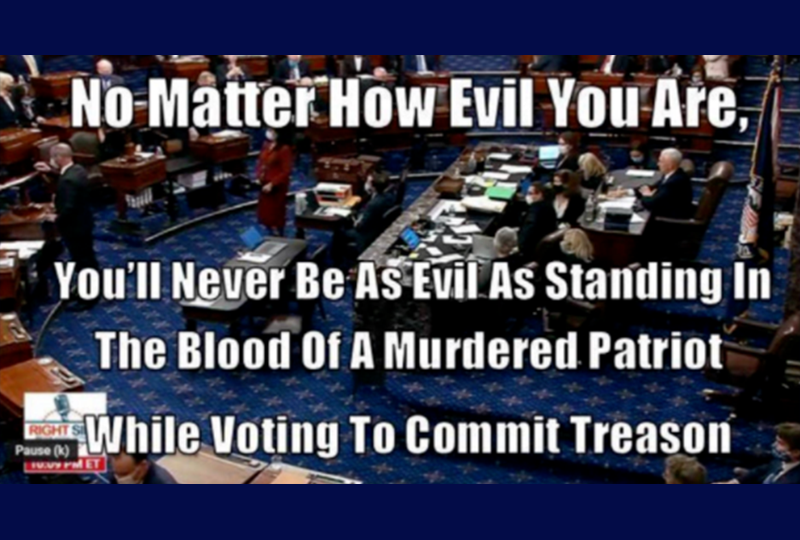 Ashli Babbitt, the Trump supporter and QAnon follower killed during the Capitol siege, has quickly become a celebrated martyr for many on the far right. The symbolic weight of her death in the seat of the national government was immediately evident, and right-wing accounts on platforms such as MeWe, Minds, Rumble, and Telegram moved quickly to memorialize Babbitt in posts calling for “justice,” and demonizing the government and law enforcement.

While some posts have spread baseless conspiracies calling Babbitt a crisis actor, part of an antifa plot or a victim of QAnon who “trusted the plan,” much of the online chatter depicts her as a fallen hero.

A Symbol of Resistance

Babbitt’s likeness has been used to create images, posts and other content celebrating right-wing anti-government ideologies, including a flag commemorating the Capitol insurgency and honoring the greater struggle against tyranny. Since the creation of the image, some Telegram users have changed their profile to include the flag; the flier for the January 20, 2021 “Million Martyr March” also includes the image.

The illustration features a woman in front of the Capitol dome with a single drop of blood on her neck, where Babbitt was shot. The dome is red to represent “the blood that was spilled” and the four stars represent the four deaths of Capitol insurrectionists.

One version circulated on Telegram shows the Star of David on the dome, likely a nod to the antisemitic theory that Jews control the U.S. government, or the Zionist Occupied Government (ZOG) as white supremacists refer to it. 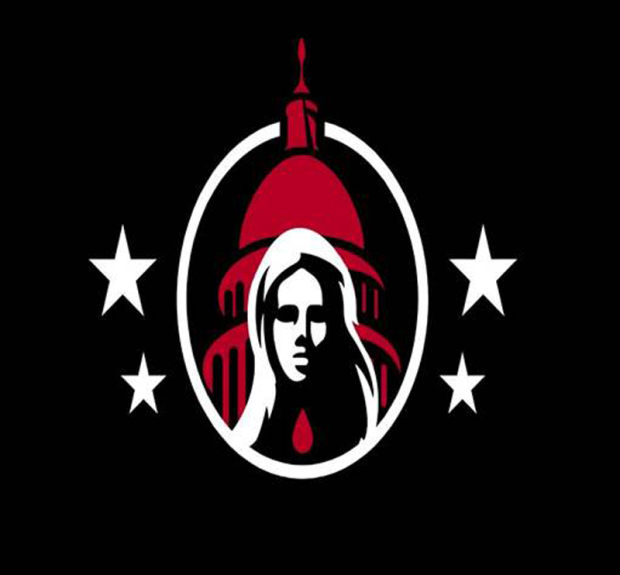 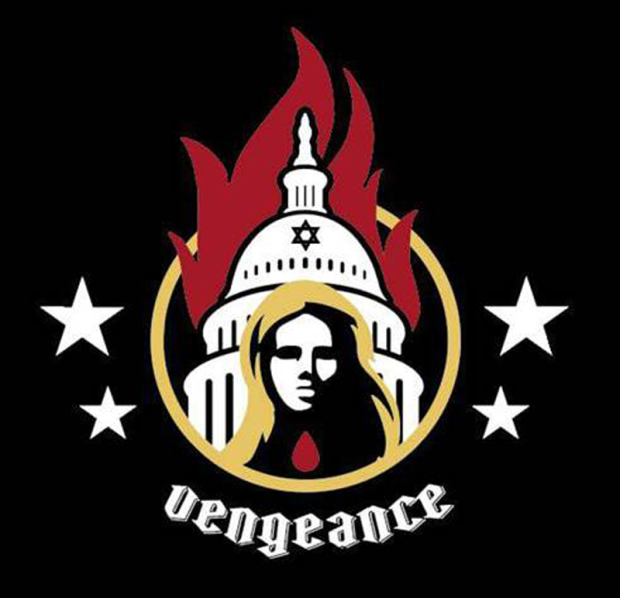 On January 9, 2020, a user on Minds, an “alternative social media network,” posted an image of a Babbitt flag flying in an unknown location, commenting that it looks like “the Statue of Liberty.” 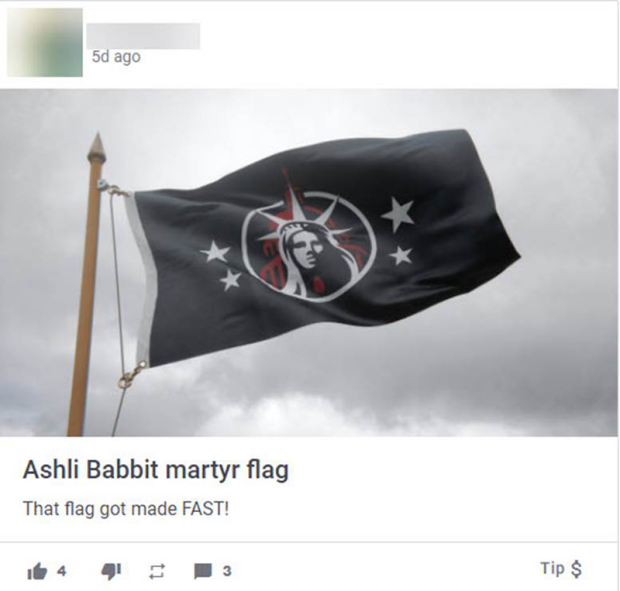 Comparisons to Other Victims of Police Shootings

Right-wing movements have embraced Babbitt as an innocent victim of law enforcement and the government, comparing her death to those of other right-wing extremists and even to some Black people who have been killed by police. Anti-law enforcement sentiments are evident in the response to Babbitt’s death, with online users denouncing “pigs” who murdered an “unarmed patriot.” One conspiracy claims Vice President Mike Pence personally ordered U.S. Capitol security to assassinate Babbitt to “send a message” to Trump supporters.

The “Proud Boys: Uncensored” Telegram channel labeled Babbitt a “casualty of system aggression” that also caused the death Duncan Lemp, an alleged boogalooer who was killed in March 2020 during a no-knock law enforcement raid. Lemp was embraced as a martyr by the anti-government, anti-state and anti-police movement. He and Babbitt appear on the “igloo” flag, which features a roster of names of fallen martyrs, including white supremacist Randy Weaver’s wife and son, Vicki and Samuel Weaver,  who both died in the 1992 Ruby Ridge standoff.  Some are drawing comparisons between Babbitt and Vicki Weaver. 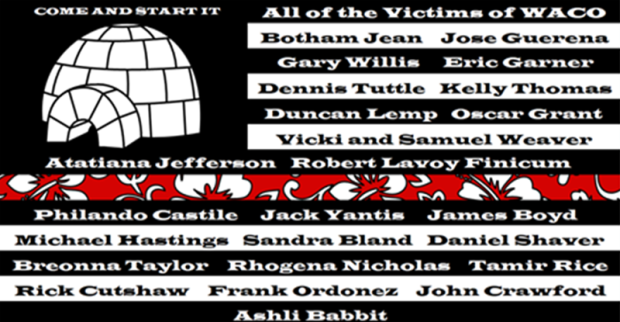 Telegram users referred to Babbitt as “the white man's George Floyd,” comparing her death to the murder of George Floyd and the national outrage and protest sparked by his death. And some online commenters have tried to co-opt the “Say her name” memorialization used to publicly mourn the death of Breonna Taylor and other people of color. One Telegram user encouraged others to “hijack” the hashtag from the Black Lives Matter cause. On the other hand, a MeWe user posted to pro-Trump page that Babbitt should not be compared to Floyd or “other career criminals” because “at least she was fighting for freedom.”

Some are also accusing the media of anti-white bias, with posters claiming, against all evidence, that police used unnecessary force against the U.S. Capitol rioters while showing far more restraint against Black Lives Matter and other social justice protestors. British white supremacist Mark Collett posted on Telegram asking his followers to “compare this with the death of George Floyd then think about how the media treated both cases. The media is your enemy.” 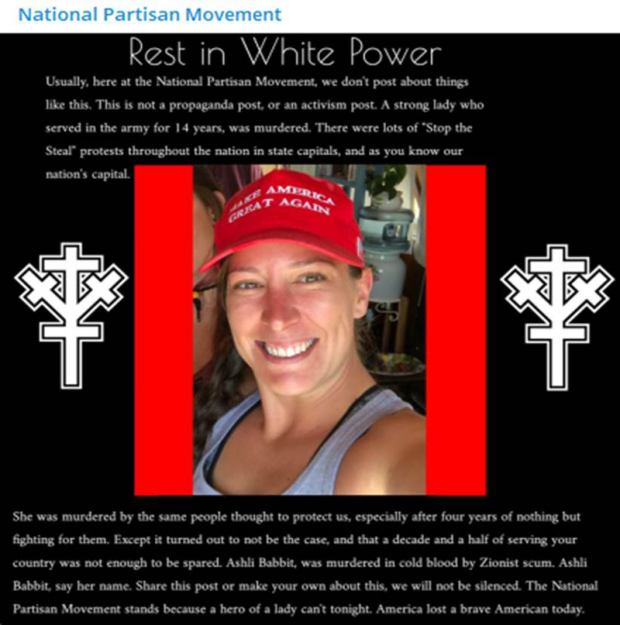 Antisemites now consider Babbitt a “representative of 200 million White Americans” who “struggle against Jewry.” They invoke the “memory” of Nazi Germany and ask others to “swear an oath to Ashli Babbit [sic] and all the martyrs of the past that you won't give up until we've at least surpassed the Germans in terms of struggle and sacrifice.”

Babbitt’s death is a driver behind the “Million Martyr March,” one of several events planned for January 20, 2021.  Those promoting the event online say they want to hold the government “accountable” and “demand justice on behalf of all Americans.” While users on thedonald.win, 4chan, Telegram, and platforms have posted about this event, the number of actual attendees is unknown.  Some online users have also called for local marches in Babbitt’s honor.

Revolt Through Tradition, a white supremacist group, and the neo-Nazi Nationalist Social Club (NSC) have created propaganda pieces celebrating Babbitt in the week since her death. Propaganda allows white supremacists to draw public attention and spread their extremist narratives -- in this case that Ashli Babbitt should be honored as a martyr for their cause.

On January 10, 2021, online accounts for Nationalist Social Club (NSC) claimed that members placed a banner over Interstate 93 in Concord, New Hampshire. The banner listed the names of four deaths related to the Capitol siege, including Babbitt and three who passed from “medical emergencies.” Above the names, one phrase: “Eternal Glory.”