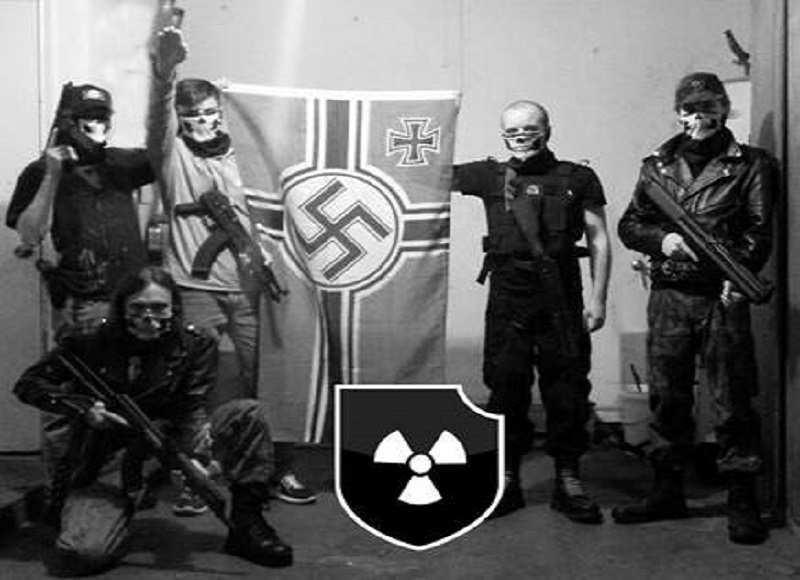 On February 26, 2020, authorities arrested five members of Atomwaffen Division, including former Texas state Atomwaffen leader John Cameron Denton. These are just the latest detentions targeting the neo-Nazi group, whose active membership has been decimated in the last two years by a steady stream of federal charges and arrests.

Denton is charged with conspiracy to commit an offense against the United States, and interstate threats to injure, stemming from his alleged role in “swatting” calls. “Swatting” is a harassment tactic in which a perpetrator falsely reports an emergency to someone’s home with the goal of having an emergency response team (often a SWAT team, hence the name) deployed to a dwelling.

According to court documents, Denton faces federal charges for his reported role in a swatting conspiracy, claiming bombs had been placed in three instances: One call made on January 27, 2019, to a Cabinet official living in Northern Virginia; a second call made on November 29, 2018, to Old Dominion University; and a third made on  November 3, 2018, to Alfred Street Baptist Church, a historically black church in Alexandria, Virginia.

Denton allegedly selected at least two other “swatting” targets, including ProPublica’s New York office and a ProPublica reporter.  According to the federal press release, “Denton was furious with ProPublica and the [reporter] because they published his true identity and discussed his role in Atomwaffen.”

Denton’s arrest highlights his alleged role in a multi-national swatting and doxing case that spread to Canada, the U. S. and England.  Under the usernames “Tormentor,” “Death” and “Rape,” Denton frequented the dark web, specifically the Deadnet Internet Relay Chat channel (IRC) also known as #Graveyard, which is similar to an online chat room.  According to court documents, Denton met with an undercover law enforcement officer and admitted to his role in these swatting calls. In that conversation, Denton noted that if he were arrested for his involvement, it would be viewed as a “top tier crime” and only serve to elevate Atomwaffen’s image.

Victims around the country received personalized fliers in the mail, which included their names and addresses. The fliers stated: “Your Actions Have Consequences. Our Patience Has Its Limits. You Have Been Visited by Your Local Neo-Nazis.” The flier shows a masked man holding an improvised device in front of a gated community.  Another flier, which depicted people wearing skull masks and holding guns, stated: “These People Have Names and Addresses” while a third, swastika-adorned flier read: “We Know Where You Live.” 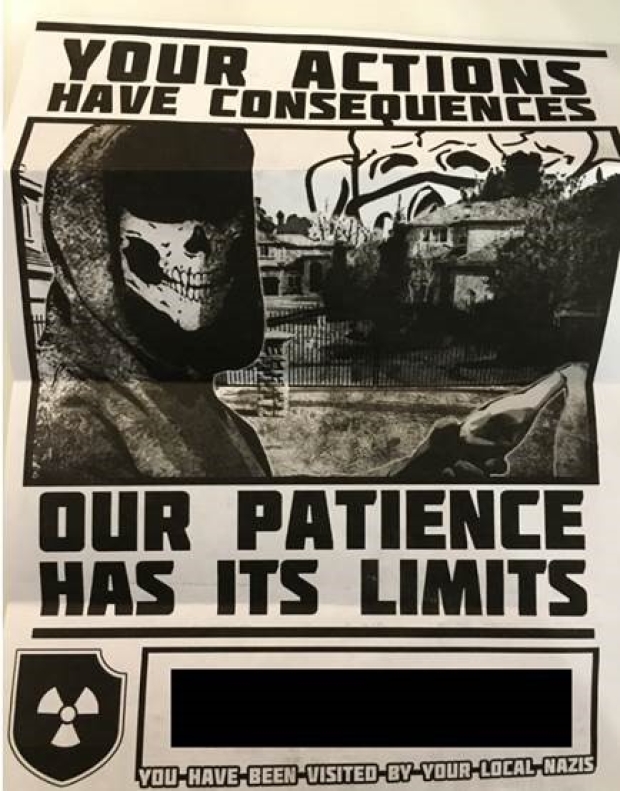 ADL, through its Backspace Hate campaign, leads legislative initiatives in multiple states, including Washington State, to strengthen laws governing cyber-swatting and other cybercrime.