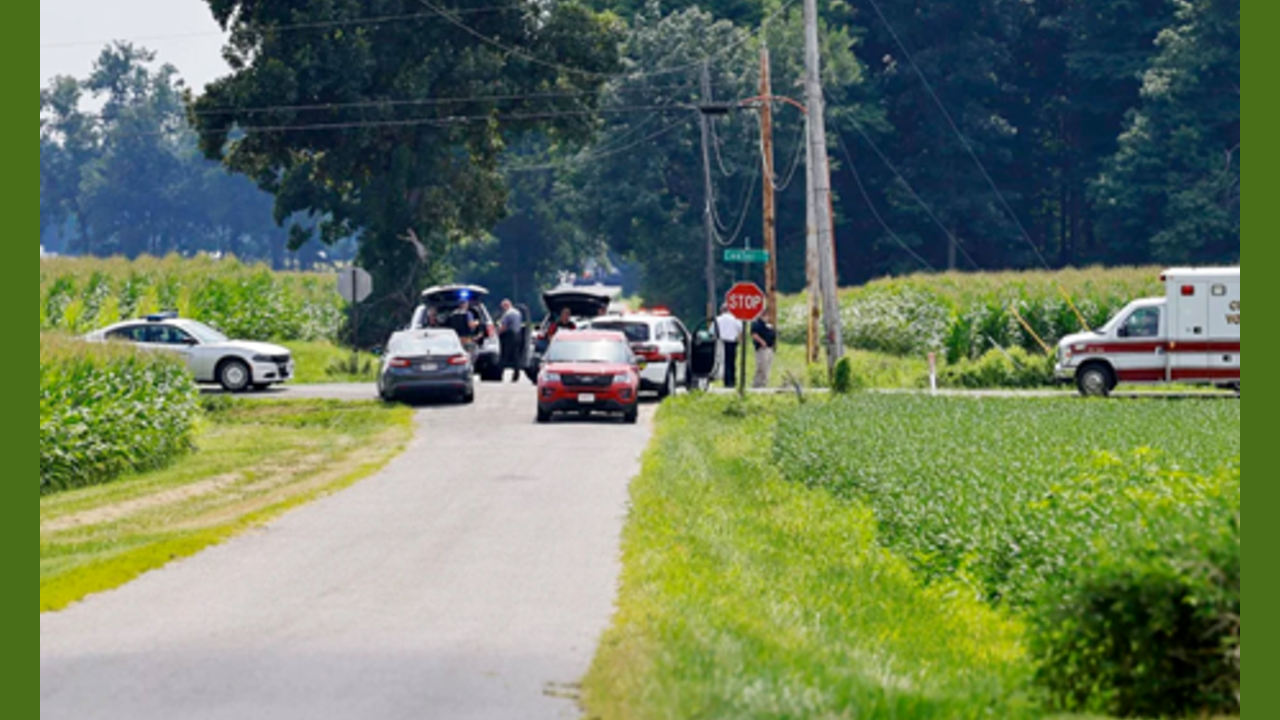 On August 11, 2022, Ricky Shiffer reportedly attempted to breach the FBI field office in Cincinnati, Ohio. During the attack he fired a nail gun and brandished an assault rifle, fleeing initially in his car then on foot and exchanging gunfire with police. After a lengthy standoff in a cornfield, he was shot and killed by police.

Shiffer, 42, of Columbus, Ohio, is a former Navy sailor. He appears to be an extreme supporter of former president Trump who, like others, considered the FBI search warrant at Mar-a-Lago a call to arms. The day after the search, Shiffer called for targeted violence against the FBI. His rhetoric escalated over the next three days, culminating in his attack on the FBI field office.

On August 9, the day after the search, a user that appears to be Shiffer posted on Truth Social, Donald Trump’s social media platform, referencing a call to arms: “People, this is it. I hope a call to arms comes from someone better qualified, but if not, this is your call to arms from me. Leave work tomorrow as soon as the gun shop/Army-Navy store/pawn shop opens, get whatever you need to be ready for combat. We must not tolerate this one. They have been conditioning us to accept tyranny and think we can't do anything for 2 years. This time we must respond with force. If you know of any protests or attacks, please post here.”

When another user asked him if he was proposing terrorism, he responded with transphobic, violent language and an explicit threat to FBI agents, “No, I am proposing war. Be ready to kill the enemy, not mass shootings where leftists go, not lighting busses on fire with transexuals in them, not finding people with leftist signs in their yards and beating them up. Violence is not (all) terrorism. Kill the F.B.I. on sight, and be ready to take down other active enemies of the people and those who try to prevent you from doing it.” 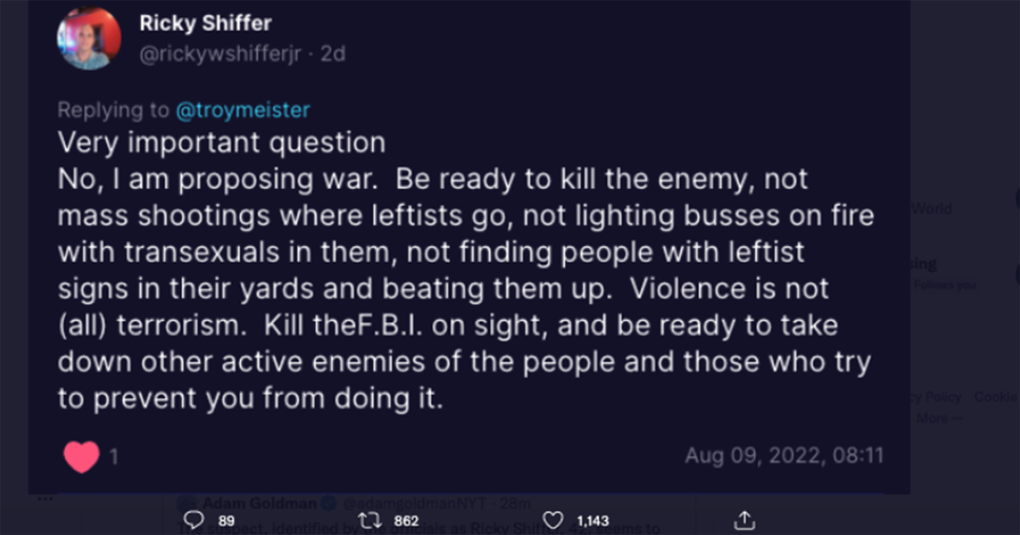 On August 10, Shiffer returned to Truth Social to post, “I do not expect to save America, I do expect to die trying.”

One day later, a short time before his attempted attack on the FBI field office, he wrote: “Well, I thought I had a way through bullet proof glass, and I didn’t. If you don’t hear from me, it is true I tried attacking the F.B.I., and it’ll mean either I was taken off the internet, the F.B.I. got me, or they sent the regular cops while (message stops).”

Immediately following the August 8, 2022, search warrant execution at Mar-a-Lago, fervent supporters of former president Trump, including a number of prominent pundits and politicians expressed outrage, and some issued dire warnings about retaliatory violence against federal agents and other targets.

A registered Republican, Shiffer donated $250 to the Make America Great PAC in 2016. He claims to have attended President Trump’s speech on January 6, 2021, and there are several photos that appear to show him outside the Capitol that day. Shiffer, who falsely claims that Antifa entered the Capitol, has not been charged in connection with that day.