The History of Anti-Semitism and the Shoah

This article originally appeared on The Jerusalem Post Blog 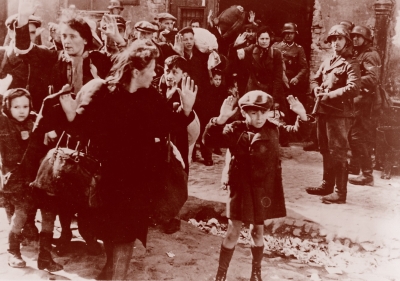 As an organization dedicated to combatting anti-Semitism and fighting against all forms of bigotry, the Anti-Defamation League speaks often about the Holocaust both from a Jewish framework and from one that addresses hatred and genocide in the world at large.

The moral lesson of the Holocaust, or Shoah, is that we all must stand against hate wherever it surfaces. This moral lesson motivates us in our work every day.

On the occasion of this year’s commemoration of the Shoah, however, I would like to address the subject of anti-Semitism from a historical perspective, before the Shoah and after.

It has often been said that the Shoah could not have happened if not for the 2,000 year history of anti-Semitism, particularly in Europe. At the same time, it is noted, what happened during the Nazi period went far beyond anything that had transpired for millennia.

The striking characteristic about anti-Semitism for centuries, which did reach its culmination in the Nazi assault on the Jews, was its fantastical core.  Jews were accused of things, particularly being an evil power, which had nothing to do with the reality of Jewish life for centuries.

Let’s not forget that the tragedy of the Holocaust was that a maniacal regime committed to the destruction of the Jews gained control of Europe at a time when Jews had absolutely no power – no army, no state, no place to go, and little political influence.

That absence of Jewish power, however, had been true for 2,000 years.  During that time Jews were accused repeatedly of influencing history in an evil way, the killing of Christ, the poisoning of the wells, the murder of Christian children, even a plan to take over the world as embodied in the notorious forgery, “The Protocols of the Learned Elders of Zion.”  When the Nazis began their campaign against the Jews, the same fantasy of evil Jewish power was at work.

That horrid mix of accusations of Jewish power together with the reality of Jewish powerlessness created that worst of all moments for the Jewish people.

From then on, several things became clear.  First, there was a need to educate about what anti-Semitism could lead to, hence the broad range of activities focusing on the Holocaust.  Second, was the recognition that good people who stood up to rescue Jews must be honored to encourage that kind of behavior for future generations.

Third, and most significant, Jews could never again afford to be powerless.  While the legitimacy of the State of Israel rests on the 3,000-year connection of the Jews to the land of Israel, the need for Jews to have a home and be able to defend themselves was a powerful political factor immediately after the Shoah.

Which brings us back to the history of anti-Semitism: If that virus was based on fantasy before the Holocaust, how does one define it after when Jews now have a degree of power as represented by a Jewish State? By the incredibly effective Israel Defense Forces?  By a strong and vibrant American Jewish community that works for U.S. support of Israel?

What this new and positive reality, where Jews are no longer powerless, suggests is that anti-Semitism in the modern world is a much more complicated phenomenon.  Anti-Semitism as fantasy still exists.  A quick scan of social media will remind someone that the noxious delusions of bigots continue to thrive in the digital age, albeit the echo chamber now has much larger resonance.

Today, the locus of their attention is the Jewish state which stands in as a proxy for the Jewish people.  So called “anti-Zionism” offers a convenient garb of political respectability to disguise the age-old virus of anti-Semitism.

A wide range of haters, from the radical Islamists of Hamas and ISIS to odious white supremacists here at home to so-called polite political circles in Europe (as recently made clear by the scandal roiling the Labour Party in the United Kingdom), all accuse Israel of being responsible for all the problems of the Middle East and the world.  We also see a broad range of baseless conspiracy theories propounded by many in these groups that postulate Jews were the force behind the terrorism of 9/11 or that we somehow control the international economy or that we even concocted the Holocaust.

The other side of the coin, however, is that power begets responsibility, thus topics like the Jewish state can be a legitimate subject of criticism by those who may disagree with certain policies and behaviors.

It is essential that the Jewish community recognize that we can and should embrace such vigorous debate.  Such conversation only becomes suspect when the questions shift from the legitimacy of policy to the legitimacy of people or when Jews are held to a different standard by those who willfully dismiss or ignore the faults of other countries, particularly when they are more egregious.

The price of power is responsibility.  Again, this is a welcome change after millennia of Jewish powerless.  In the case of the State of Israel, living in a volatile region embroiled in conflict and surrounded with so many hostile forces, the need for strength is imperative.  When the Islamic Republic of Iran threatens to wipe Israel off the map or tests missiles inscribed with hateful messages in Hebrew, our grave history compels us not to ignore such genocidal rhetoric and to demand that others respond to it with equal fervor.  Still, one can be critical of Israel without any justification or accusations of anti-Semitism.

On this Yom HaShoah, as we remember those who perished, let us be thankful that Jewish powerlessness is a thing of the past.  Let us rededicate ourselves to fighting the real anti-Semitism that very much still exists.  And let us show that we know what it means to have responsible power by not concluding that every criticism is anti-Semitism.