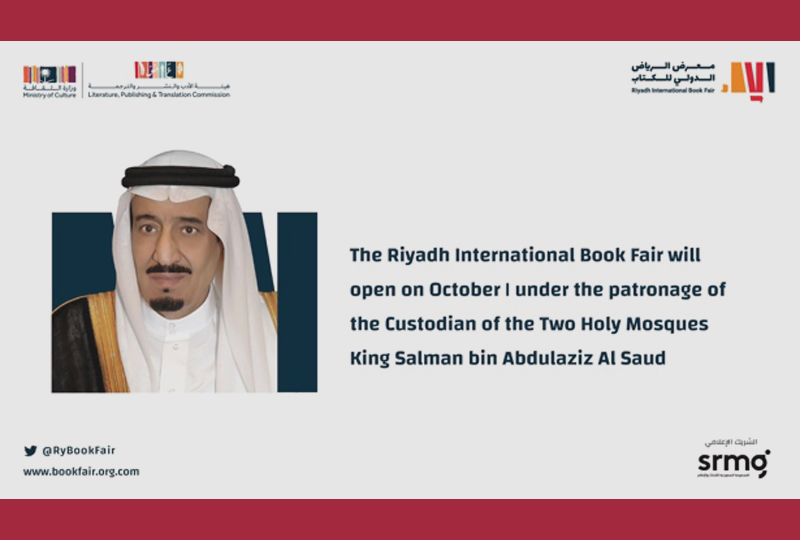 Screenshot from the Twitter page of the Riyadh International Book Fair.

On October 1st, Saudi Arabia’s Ministry of Culture kicked off the Riyadh International Book Fair under the official patronage of the country’s ruler, King Salman.  Billed this year as “the largest book fair in the history of the kingdom” and even “the region’s largest book fair,” the ten-day convention is one of the Arabian Peninsula’s most important large-scale intellectual events.

However, ADL has determined that the 2021 Riyadh International Book Fair is enabling participating booksellers to exhibit over two dozen egregiously antisemitic books for sale.  Infamous titles include numerous editions of The Protocols of the Elders of Zion and Hitler’s Mein Kampf.  Other antisemitic books permitted at this year’s fair feature a broad array of anti-Jewish tropes, including the blood libel, Holocaust denial, Jewish-Masonic conspiracy theories, and portrayals of Jews as evil puppet masters and the killers of divine prophets.

Many of the objectionable books at this year’s event were previously flagged by ADL to Saudi officials after the country’s second-largest book fair took place in Jeddah during December of 2019. In most cases, the same publishing houses that promoted those problematic books during 2019 are now exhibiting the same antisemitic titles at the current book fair this year in Riyadh. 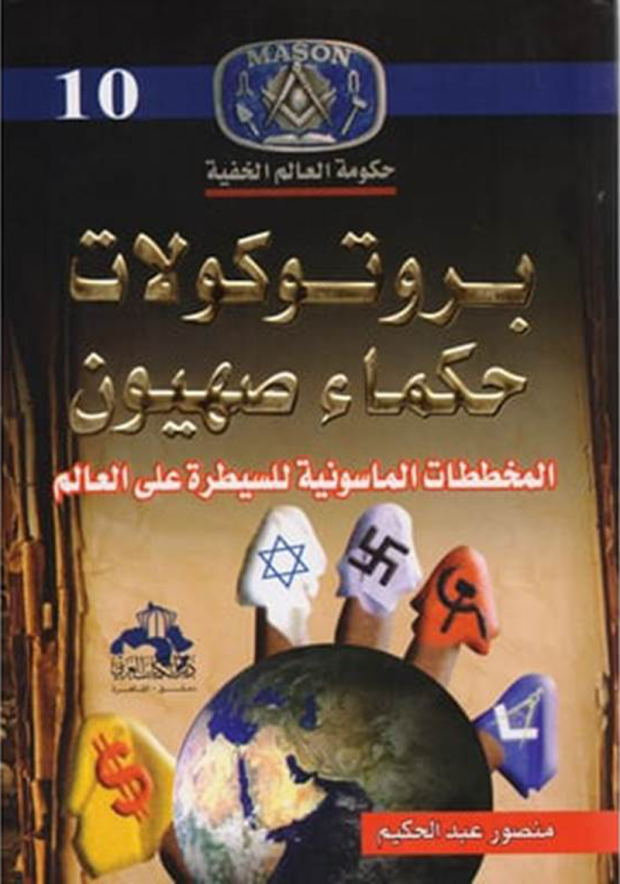 The cover from one of the editions of the Protocols exhibited at book fairs in Jeddah (2019) and Riyadh (2021): Hidden World Government, Volume 10 – The Protocols of the Elders of Zion: Masonic Plots to Control the World

The Arabic-language book titles that are being exhibited again this year include the following:

The Protocols of the Elders of Zion [multiple editions and publishers]

Theodor Herzl: The Zionist Devil and Satan of the Modern Age

The House of Rothschild: Merchants of Wars, Revolutions, and Reaping Wealth

Ten Heads of Evil: Engineers of the American-Zionist Plot to Fracture our Arab World and Ignite Revolutions

Pharaoh Man of Stakes: Judaizing History and Land, and the Lie of the Promised Land

Jewish Influence in the Media

The Great Conspiracy: A Plot to Divide the Arab Homeland from After Iraq

Blood for the Matzah of Zion: The Jewish Quarter

The Lie of the Jewish Holocaust: Writings in [the Journal of] Historical Review 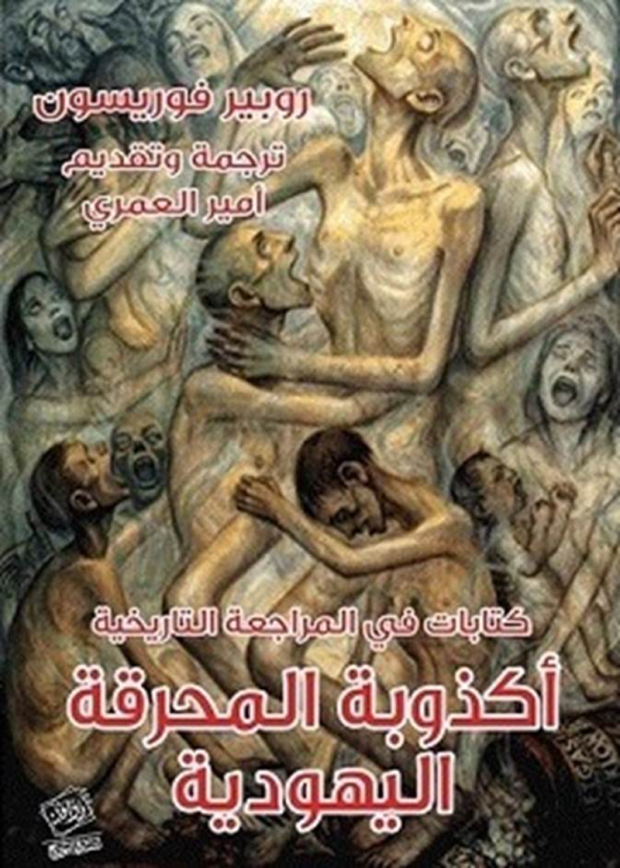 Screenshot of the Cover of “The Lie of the Jewish Holocaust: Writings in [the Journal of] Historical Review,” by Robert Faurisson and Translated by Amir al-Omari

ADL has also identified additional antisemitic books at this year’s fair as well, including the following:

Stones on the Chessboard: Practical Application of the Protocols of the Elders of Zion

The Fatwas of the Rabbis of Satan: The Black Record of their Scandals

Nine Dynasties, Families, and Organizations Rule the World: The World between Masters and Slaves

The Great Secrets of Freemasonry and the Most Famous Masonic Personalities

Nostradamus’s Predictions, the Plots of the Jews, and the Islamic World

House of Rockefeller: Merchants of Death and Helpers to the Antichrist [Hidden World, v. 15]

The New Barons of Finance and Business: The New Economic Imperialism

Mind Manipulation through the Ages

David Icke’s Children of the Matrix

David Icke’s The Truth Sets You Free: Revealing the Secrets of the Hidden Agenda of the Conspiratorial Global Elite over the World [known in English as And the Truth Shall Set You Free]

The Synagogue of Satan: The Secret History of Jewish World Domination 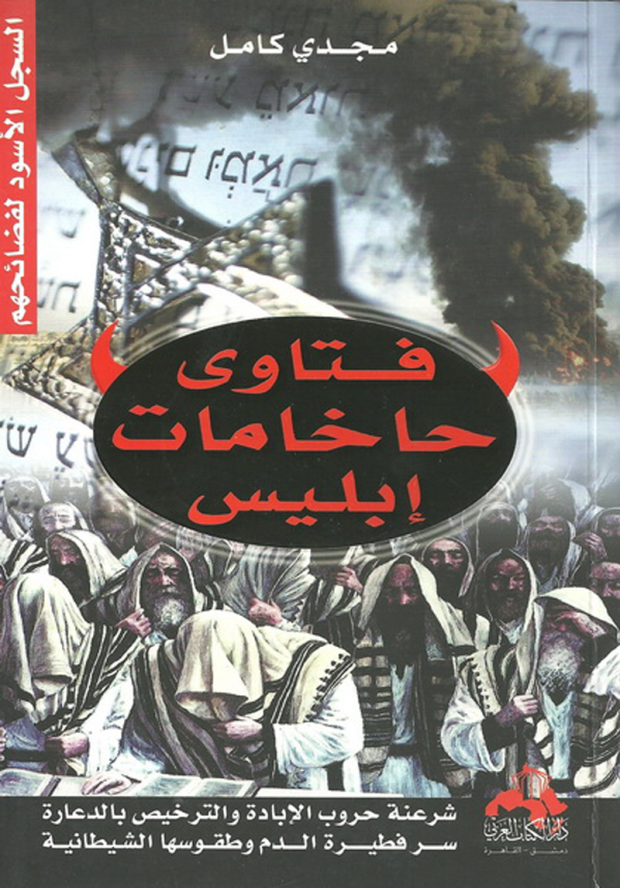 Screenshot of The Fatwas of the Rabbis of Satan: The Black Record of their Scandals.  Promotional text on the bottom translates to “Legitimating wars of extermination and licensing prostitution – The secret of blood matzah and its satanic rituals”

ADL also identified two books being promoted via the 2021 Riyadh International Book Fair that demonize other faith groups as well, one of which also appears to be antisemitic:

The Truth about the Baha’is: Who Are they?  Their Beliefs, Orientations, Origins, Activities, Thinking, and Plots 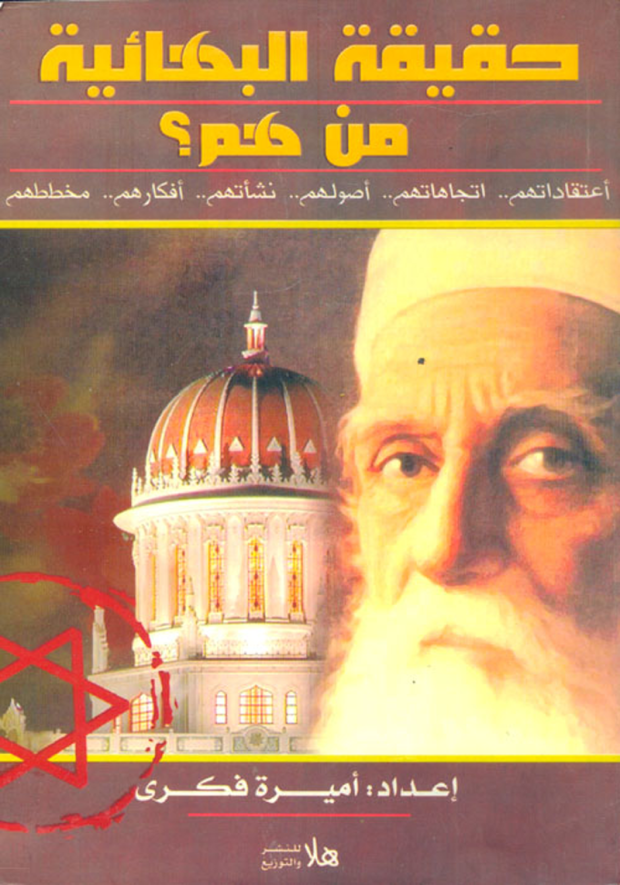 A screenshot of the book cover for “The Truth about the Baha’is: Who Are they? Their Beliefs, Orientations, Origins, Activities, Thinking, and Plots”

All of these books are openly listed in the Riyadh International Book Fair’s searchable catalog for online sales, as well as presumably for display and purchase in person at the event itself.  It is difficult to see how such materials are not in violation of the event website’s Terms and Conditions, which ban “materials or information containing defamation,” let alone Saudi law.

As ADL documented in 2020, such books are not uncommon to find at state-run book fairs in the Arab world.  However, they do seem at odds with some more positive Saudi trends.

For example, Saudi Arabia deleted references to the Protocols of the Elders of Zion roughly half a decade ago, and it has removed many of the other antisemitic passages from its state-published school textbooks over the last three years, according to detailed studies by IMPACT-se.

Likewise, the leading English-language newspaper in Saudi Arabia, Arab News, recently published a long feature article by ADL that marked the 100th anniversary of when a British newspaper definitively disproved the Protocols as a systematically plagiarized hoax.

It is long overdue for Saudi Arabia’s state-run book fairs to take a similar approach to condemning and combating such antisemitic incitement.