Mass Shooting in El Paso: What We Know 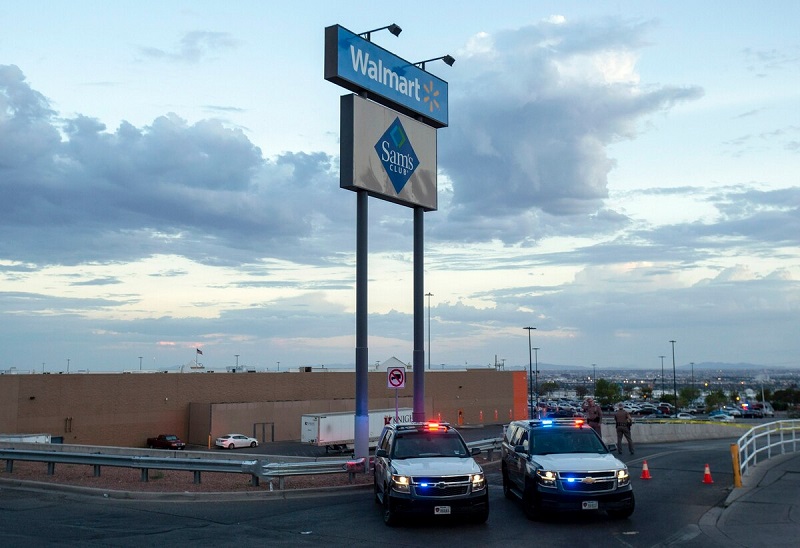 On Saturday morning, August 3, 2019, a gunman opened fire at a Walmart in El Paso, Texas, and at the adjacent Cielo Vista Mall. The death toll is believed to be at least 20, and several dozen people are reportedly injured.

The alleged shooter, 21-year-old Patrick Crusius of Allen, Texas, was taken into custody shortly after the shooting. The FBI has reportedly opened a domestic terrorism investigation into the shooting, while Texas authorities are investigating the shooting as a possible hate crime. The shooter reportedly told law enforcement he wanted to shoot as many Mexicans as possible. Early reports indicate the alleged shooter is an American citizen by birth.

On Sunday, a federal law enforcement official told the New York Times that Crusius is responsible for a white supremacist manifesto that was posted on 8chan just minutes before the attack.

This makes the El Paso shooting the deadliest white supremacist attack in the U.S. in more than 50 years, according to ADL's Center on Extremism. (ADL considers the 1995 Oklahoma City bombing to be an anti-government extremist attack, even though Timothy McVeigh also had white supremacist leanings). El Paso is the third deadliest act of violence by a domestic extremist -- of any ideology -- in more than 50 years.

Screenshots and PDFs of the manifesto, which was removed soon after it was discovered on 8chan, have been widely circulated since the shooting. Titled “The Inconvenient Truth,” the four-page document includes several sections, apparently written in an attempt to “explain” and justify the attack, including details about the shooter, the weapons he used and his motivation.

The author expresses his support for Brenton Tarrant, the Australian white supremacist who murdered 51 people at two mosques in Christchurch, New Zealand, in March 2019. He claims that the El Paso attack is a “response to the Hispanic invasion of Texas,” that he is merely defending his country from “cultural and ethnic replacement brought on by an invasion,” and that he hopes his attack will provide an "incentive" for migrants to return home.

He also claims he did not intend to target the Hispanic community until he read The Great Replacement, a 2011 white supremacist, Islamophobic book by Renaud Camus that alleges the white population of France is being “replaced” by non-white immigrants. The “replacement” conspiracy theory has become popular among white supremacists who have for some years claimed that the white race is being subjected to "genocide."

He asserts he does not want to kill “my fellow Americans,” referring to non-white non-immigrants, but writes about the ostensible risk “race mixing,” poses to genetic diversity, and suggests dividing America into race-based territories. He defends his murderous actions, insisting it is not cowardly to pick low hanging fruit (i.e., killing civilians).

In certain ways, this manifesto diverges from those posted by the Christchurch killer and by John Earnest, who opened fire inside the Chabad Congregation in Poway, California, in April 2019, killing one and wounding three - both of whom posted their screeds to 8chan as well. It includes derogatory comments about corporations and automation and expresses concern about the state of the environment. These are somewhat unusual - though not unheard of - themes for a white supremacist statement.

This text is largely free of typical slogans, language, symbols and phrases commonly used by orthodox white supremacists. In fact, the language throughout the manifesto suggests that perhaps its author may not have previously taken an active role in the white supremacist community and may have self-radicalized.

The manifesto does close with a familiar white supremacist talking point, alluding to a looming battle, presumably against immigrants: "This is just the beginning of the fight for America and Europe,” he writes. “I am honored to head the fight to reclaim my country from destruction."

The manifesto’s author makes a point of absolving President Trump of any blame for his actions, claiming he formed his opinions prior to Trump's administration. Yet there are few more visible symbols of the U.S. immigration system than El Paso, a major border city with a large immigrant population and a substantial majority Hispanic population. Due to various controversies regarding the surge of migrants seeking asylum status, El Paso has frequently been featured in the news this past year.

The fact that the alleged shooter traveled hundreds of miles to El Paso from across the state in Allen, just outside Dallas, may be significant.

According to Center on Extremism statistics, right-wing extremists have been responsible for approximately 73% of extremist-related murders in the U.S over the last decade (2009-2018).