New ISIS App One of Many Efforts to Indoctrinate Children 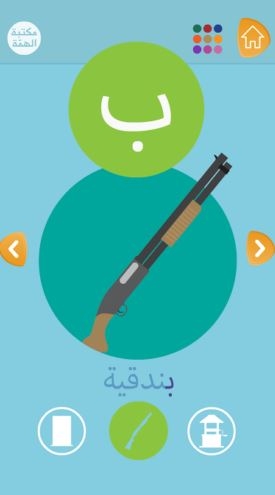 A screenshot from the ISIS app with the letter Ba for Bunduqiya, meaning rifle

Update - 9/27/16: In September 2016, ISIS released an updated version of the app, along with an accompanying workbook. The app and workbook were announced on Twitter and Telegram and were downloadable from file sharing sites.

ISIS has released a mobile app designed to teach young children the Arabic alphabet while simultaneously indoctrinating them with militant ideology. The app was shared via ISIS channels on the chat application Telegram and made available on file sharing sites, many of which have since deleted the link.

Featuring brightly colored, cheerful graphics, the appoffers educational content for learning letters, such as songs designed for enabling memorization. However, the songs are filled with extremist rhetoric, and words that begin with the letters shown include gun, tank, rocket and bullet.

This is not the first instance of ISIS propaganda featuring or targeting children. The group has released multiple videos containing acts of violence committed or incited by children as young as toddlers, as well as videos featuring children engaged in combat training. Many of the group’s more positively themed videos, designed to suggest that ISIS is creating a utopian community, have shown children playing, singing, and enjoying ice cream and other treats. ISIS propaganda videos are not only exported to extremists outside ISIS territory but also are regularly broadcast inside areas the group controls. Reports have indicated that children within ISIS territory are regularly forced to watch the violent propaganda videos. 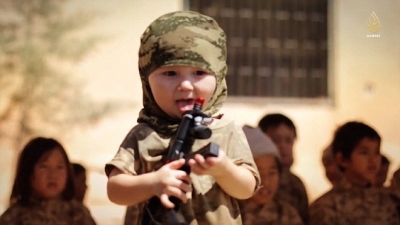 A young child in an ISIS propaganda video

But ISIS is not the only terrorist organization to directly target children. ADL has documented several militant online video games created for children by Hezbollah, which Hezbollah claimed were designed “to strengthen the cul­ture of resistance” – meaning, to indoctrinate children.

ISIS, Hezbollah and other terrorist organizations have also created other mobile apps aimed at adult audiences, with the goal of spreading their propaganda on as many platforms as 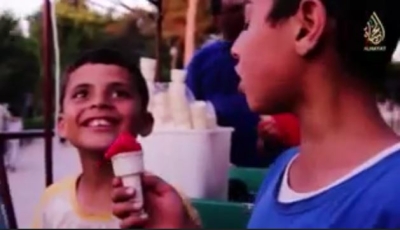 possible. ADL has just exposed a new app created to broadcast Hezbollah’s al-Manar news outlet, which was made available for download on iTunes.ISIS has also created several iterations of news apps. Currently active channels are featured on the mobile chat app Telegram and contain backup mechanisms so that if the initial channel is shut down, users are automatically added to a newly created channel and can continue receiving ISIS news and propaganda directly onto their mobile phones. 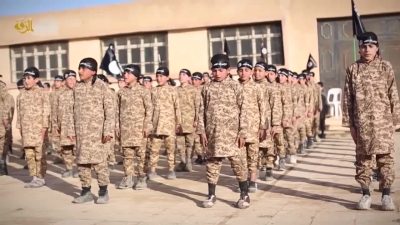 Children in military training in an ISIS propaganda video

Furthermore, ISIS’s sleek and sophisticated propaganda is regularly aimed at audiences not considered traditional demographics for extremist recruitment. For example, the group also has a propaganda wing that specifically targets women and has put significant efforts into recruiting female members.