NSM Leader Arrested While in Arizona for Neo-Nazi Event 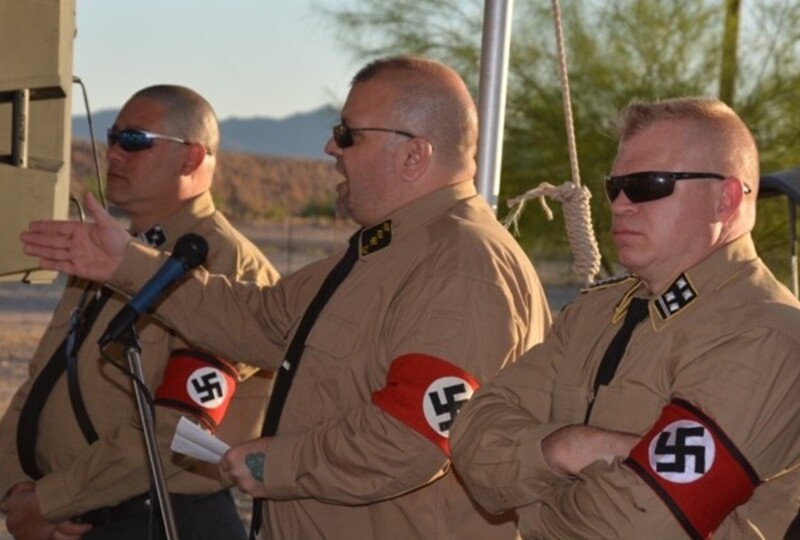 On April 19, 2021, police in Chandler, Arizona, arrested the leader of the neo-Nazi National Socialist Movement (NSM), Burt Colucci of Kissimmee, Florida, for aggravated assault after he allegedly pointed a handgun at a Black man during an argument. Colucci, who has led the NSM since March 2019, was in Arizona after participating in the NSM’s annual event, which coincides each year with Adolf Hitler’s birthday week.

Neo-Nazi and white supremacist groups often stage events around the anniversary of Hitler’s birthday, April 20. Many of these events celebrate Hitler’s legacy of antisemitism and his vision of “Aryan supremacy.”

The NSM event, which took place in the Phoenix area on April 16-17, included a private gathering, a flash demonstration at a local park and a trek out to the United States-Mexico border. The event was not well attended despite the presence of three different neo-Nazi groups including the NSM, the Texas-based 14 First, and an Arizona-based faction of the Aryan Nations.

Approximately ten NSM members were in attendance including individuals from Florida, Arizona, Tennessee, Connecticut, Washington and Pennsylvania. Also present were two members of 14 First, a neo-Nazi group that formed in 2019, including the group’s current leader, Ronald L. Murray of Texas. They were joined by two individuals associated with the Phoenix-based Church of Jesus Christ Christian-Aryan Nations, including the group’s leader David J. Miner. 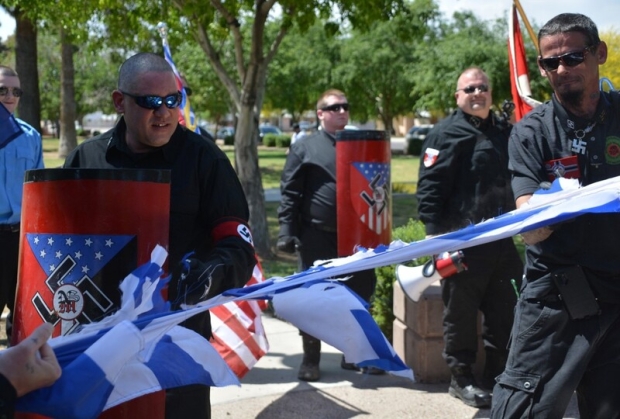 Because the group’s permit to rally at the Wesley Bolin Plaza was denied, the group instead held an unannounced flash demonstration at Eastlake Park, a significant landmark for the Black community. For about 30 minutes, the group walked around harassing people at the park, yelling racial slurs and profanity. 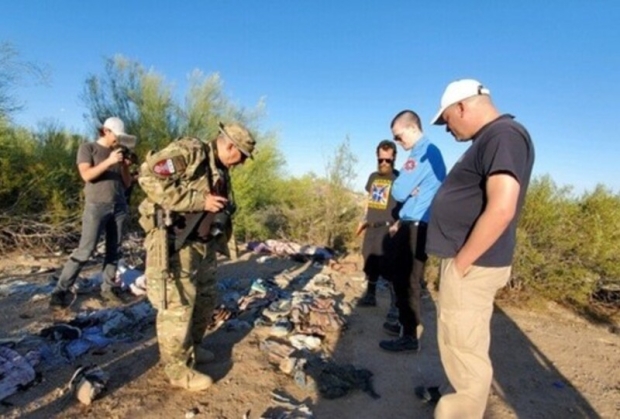 Harry Hughes (in camouflage) and other participants in the desert.

After the flash demonstration, NSM Captain Harry Hughes, who regularly “patrols” the Sonoran Desert, took the group out to the desert to allegedly witness “evidence” of illegal immigration at the U.S.-Mexico border.