This week marks the 30th anniversary of a significant event in ADL history – the decision by the Georgia State Board of Pardons and Paroles to posthumously pardon Leo Frank.  Frank was the Jewish manager of an Atlanta pencil factory who was falsely accused and wrongly convicted in August 1913 of the rape and murder of Mary Phagan, a 13-year-old girl who worked in the factory. 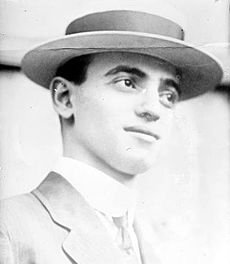 Anti-Semitism was rampant in the early 1900’s and Leo Frank’s trial attracted national attention and significant press coverage – including irresponsible press outlets that inflamed the public with base and salacious anti-Semitism.  The trial itself was infected with a pervasively-hostile and anti-Semitic atmosphere – from the arguments of the prosecuting attorney to furious mobs shouting “Hang the Jew!” outside the courthouse.  Leo Frank’s trial and conviction shocked and galvanized the American Jewish community – and underlined the importance of the establishment of the Anti-Defamation League, which was founded in Chicago in 1913 with a mission to "to stop the defamation of the Jewish people and to secure justice and fair treatment to all."

Frank appealed his conviction – all the way to the United States Supreme Court, which ruled 7 to 2, that Frank's constitutional due process rights had not been violated.  Justices Oliver Wendell Holmes and Charles Evans Hughes strongly dissented:  “Mob law does not become due process of law by securing the assent of a terrorized jury. “

After all appeals were exhausted, Georgia Governor Georgia John M. Slaton reviewed the case and commuted Frank’s death sentence to life imprisonment. That courageous decision in June 1915, enraged many and sparked riots in the streets.  Two months later, a mob of armed men kidnapped Frank from his prison cell, drove him over 100 miles to Marietta (Mary Phagan’s hometown) and lynched him. 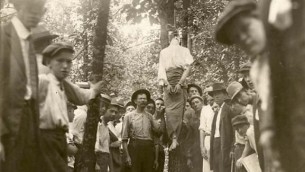 Efforts to vindicate justice for Leo Frank were strengthened in 1982, when eighty-three-year-old Alonzo Mann, who ran errands in the factory as a boy, came forward to announce that he had seen the factory janitor carrying Mary Phagan's body to the basement on the day of her death.  The janitor had threatened to kill him if he told anyone.  ADL’s Atlanta-based Southern Counsel, Charles Wittenstein and prominent immigration lawyer and national ADL leader Dale Schwartz led a vigorous legal campaign to clear Frank’s name.  And on March 11, 1986, those efforts were rewarded with a pardon.  The landmark decision, however, did not exonerate Frank and prove his innocence.  Instead, Georgia pardoned Frank because of their failure to protect him and bring his murderers to justice.

It’s hard to imagine a trial steeped in such anti-Semitism or racism today, but our nation is far from free of anti-Semitic, anti-Muslim, and anti-immigrant discrimination and hate crimes.  Martin Luther King, Jr. famously said:  “The arc of the moral universe is long, but it bends towards justice.”  The anniversary of Leo Frank’s pardon is teachable moment and a reminder that the arc does not bend by itself – people striving for equality and justice – even justice, delayed – need to bend it.