President Donald Trump retweeted three violent, anti-Muslim videos Wednesday. It is just the latest illustration of how the president bolsters and amplifies the messages of extremists and other purveyors of hate.

Trump retweeted the videos from the account of Jayda Fransen, the deputy leader of Britain First, a far right extremist anti-Muslim group with ties to the British National Party, a racist, anti-minority neo-Fascist group.

Such extremist propaganda is one of the engines that fuels extremist movements, spreading their messages and recruiting new followers. When authority figures share this propaganda, it provides encouragement to extremists, who view it as endorsement of their hateful and bigoted views.

Indeed, in response to today’s tweets, American white supremacist David Duke expressed appreciation for Trump on Twitter “for showing us what the fake news media WON'T. Thank God for Trump! That's why we love him!”

Jayda Fransen, who was convicted in 2016 for harassment of a Muslim woman, responded to Trump’s retweet of her content in a tweet saying, in part: “DONALD TRUMP HIMSLEF HAS RETWEETED THESE VIDEOS AND HAS AROUND 44 MILLION FOLLOWERS! GOD BLESS YOU TRUMP! GOD BLESS AMERICA!”

Trump has a long history of broadcasting extremists’ messages on social media. What follows is a sampling of Trump’s tweets since 2015 that have provided his millions of followers a gateway into the world of extremism, hatred and anti-Semitism:

The candidate Trump retweeted praise from @keksec_org six times. The user behind that handle, Jason Bergkamp, was a Dutch writer for a white supremacist website Vanguard 14, according the news reports. The number 14 is a code for a white supremacist slogan known as the 14 words: “We must secure the existence of our people and a future for white children.”

Candidate Trump retweeted an image from @WhiteGenocideTM. That account, which has been suspended by Twitter, was blatantly anti-Semitic. According to news reports, the Twitter user described their location as “Jewmerica,” used a profile photo of American Nazi Party founder George Lincoln Rockwell, and tweeted quotes from Nazi propaganda minister Joseph Goebbels. 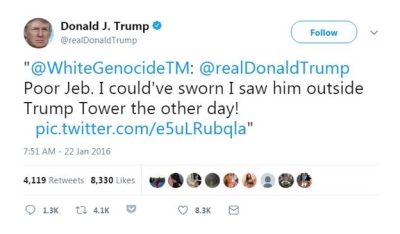 Candidate Trump again retweeted a tweet from user @WhiteGenocideTM. In this case, Trump’s tweet was deleted shortly after it was posted. 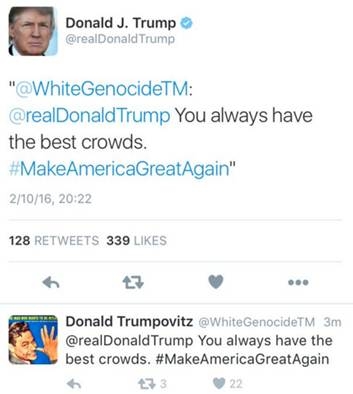 Candidate Trump tweeted a graphic critical of Hillary Clinton that featured a six-pointed star, a pile of cash and the words "most corrupt candidate ever." The image had appeared on 8chan, an online discussion forum and imageboard whose “/pol” subforum is notorious for racist and anti-Semitic language. 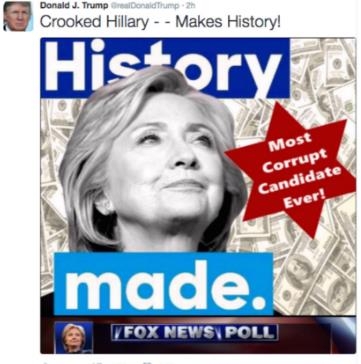 Candidate Trump retweeted a tweet from Paul Joseph Watson, one of the editors of Infowars, the most notorious anti-government extremist conspiracy website in the United States. Watson is popular not only among anti-government extremists but among many in the alt lite and alt right as well. Trump has a personal relationship with the head of Infowars, Alex Jones, and has appeared on Jones’ show and said that Jones’ reputation was “amazing.” 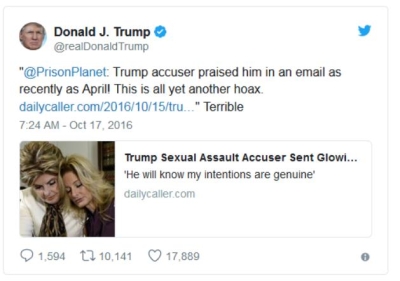 President Trump tweeted a short video clip showing him tackling and punching a person over whose head is a superimposed logo of CNN. The clip, edited from an appearance the president made years ago at a professional wrestling event, ended with an image reading: “FNN: Fraud News Network.” ADL’s Center on Extremism, which tracks extremism and hate online and offline, has looked closely at the activity of Reddit user HanAssholeSolo, who appears to have created the version of the edited clip tweeted by the president and posted it on a sub-Reddit commonly used by President Trump supporters. A closer look at HanAssholeSolo Reddit activity reveals an 18-month record of vile comments and memes against Muslims, African-Americans, Jews and others. 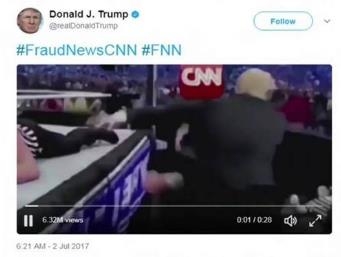 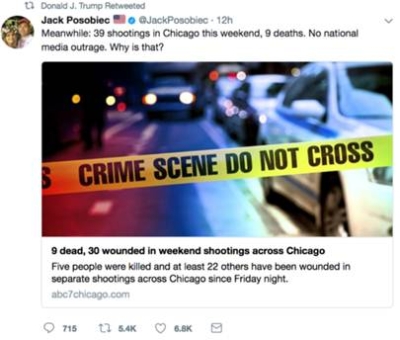 President Trump tweeted a link to a site that congratulated him on his accomplishments; also promoted the conspiracy theory that the Rothschild family and George Soros, both of them Jewish, are among those who secretly manipulate the world for their own ends. 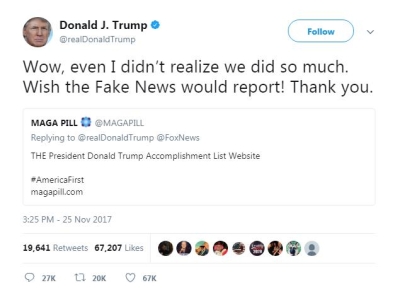