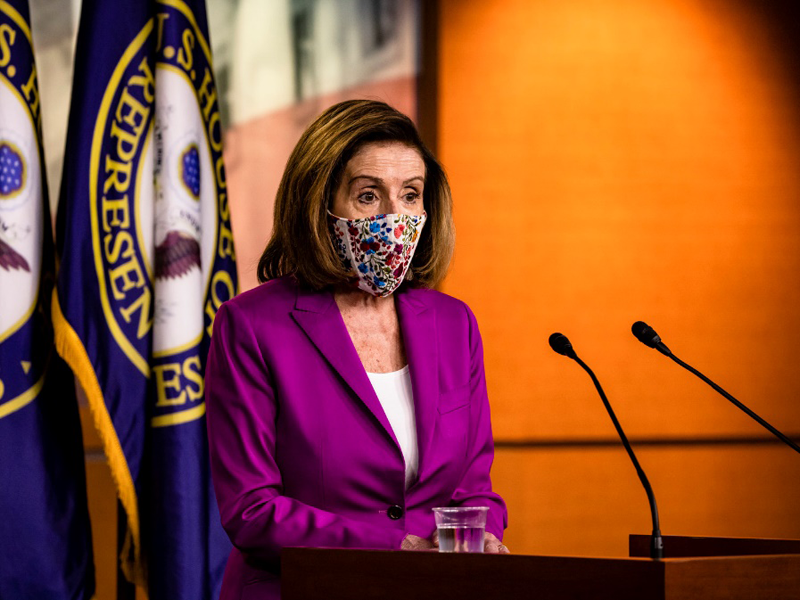 In the weeks before and after the inauguration of President Biden, public officials nationwide have come under attack, with politicians and their families receiving death threats and violently worded texts. Offices have been vandalized, and private residences have been targeted by harassment online and by phone.

This seething anger appears to be primarily directed at elected officials who have condemned the January 6 Capitol attack, or who voted in favor of proceeding with Donald Trump’s second impeachment trial. The calls for violence target Democrats and Republicans alike; in recent weeks, authorities have arrested several individuals for threats against politicians, government staff and government buildings.

A number of people have been arrested after threatening politicians.

On January 27, U.S. Capitol police arrested 71-year-old Dennis Westover, who was walking near the U.S. Capitol. The West Virginia resident was allegedly carrying a handgun and 20 rounds of ammunition, as well as “Stop the Steal” paperwork, which included a list of politicians and their contact information.

Ryder Winegar of Amherst, New Hampshire, was arrested after the January siege on the Capitol and charged with leaving threatening voicemail for six members of Congress, which included racist, homophobic and antisemitic rhetoric. He allegedly called for members to support Trump or be hanged. While carrying out the arrest at Winegar’s home, officers allegedly found hundreds of rounds of ammunition and an AR-15 rifle loaded with armor-piercing bullets, according to news reports.

Queens resident and New York court system employee Brendan Hunt was arrested on January 19 on federal charges of making death threats against Senator Schumer, Speaker Pelosi and Representative Ocasio-Cortez. He also allegedly called for Trump supporters to “massacre” members of Congress prior to Joe Biden’s inauguration, according to the criminal complaint.

Police in Eureka, California, arrested Darin Ward for allegedly making “detailed and violent threats” against local government staff and buildings. The threats included threatening to “shoot up” the government building, its staff and anyone wearing a mask.

Cleveland Grover Meredith, Jr. of Colorado was charged in federal court on January 14 for his role in the attack on the Capitol, where he allegedly threatened to shoot Speaker Pelosi. The day after the insurrection, Meredith also allegedly threatened Washington, D.C. Mayor Muriel E. Bowser, texting, “I may wander over to the Mayor’s office and put a 5.56 in her skull.” Prosecutors say Meredith drove to Washington with an assault-style rifle, a Glock firearm with high-capacity magazines and more than 2,500 rounds of ammunition.

Following a January 15 raid on his home, Ian Benjamin Rogers of Napa, California, was charged with possessing five pipe bombs. Rogers, who appears to have ties to the anti-government extremist Three Percenters, was reportedly researching guerilla warfare tactics and bomb plots, and allegedly sent the following text on January 10: “I want to blow up a democrat building bad,” according to the criminal complaint. Another alleged text read, “Democrats need to pay…Let’s see what happens, if nothing does I’m going to war.” Rogers allegedly named California Governor Gavin Newsom and George Soros as potential targets.

Federal authorities in San Francisco arrested Robert Lemke for alleged threats against U.S. Representative Hakeem Jeffries and ABC News journalist George Stephanopoulos. Lemke was reportedly disappointed with the 2020 presidential election results and specifically with comments made by Jeffries and Stephanopoulos. Lemke, who falsely claimed he was a retired deputy with the Alameda County Sheriff’s Department, allegedly texted both men’s families, stating that these men’s “words” were putting their families at risk.

“Your words have consequences,” he texted Jeffries’ brother. “Stop telling lies; [Joe] Biden did not win, he will not be president.” He also said that he and others who opposed Biden’s win were not white supremacists. He claimed that "most of us are active/retired law enforcement or military.”

Right-wing extremists of all stripes appear to be angry about Trump’s electoral loss, and are lashing out at elected officials who do not support the January 6 assault on the Capitol, or who appear to be open to hearing an impeachment case against Trump.

On the Daily Stormer website, neo-Nazi Andrew Anglin lashed out at former Vice President Pence and U.S. Senator Rand Paul for their failure to praise the Capitol siege, allegedly calling them a “fraud” and a “commie,” respectively.

In a January 25 chat on MeWe, a self-identified Oath Keeper wrote, “I won’t turn my gun on my people, only tyrants and corrupted officers who gave me unlawful and unconstitutional commands.” 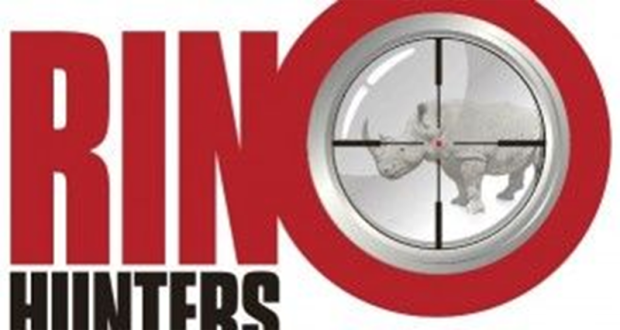 On January 26, a post circulated on Telegram listing the five Republican Senators who did not vote to dismiss the impeachment trial of former President Trump. Responses included threats of public hanging, accusations of treason and an image of a gun sight superimposed on the phrase “RINO Hunters.” RINO stands for “Republican in Name Only,” and is an insult commonly used against GOP members accused of taking Democratic positions. 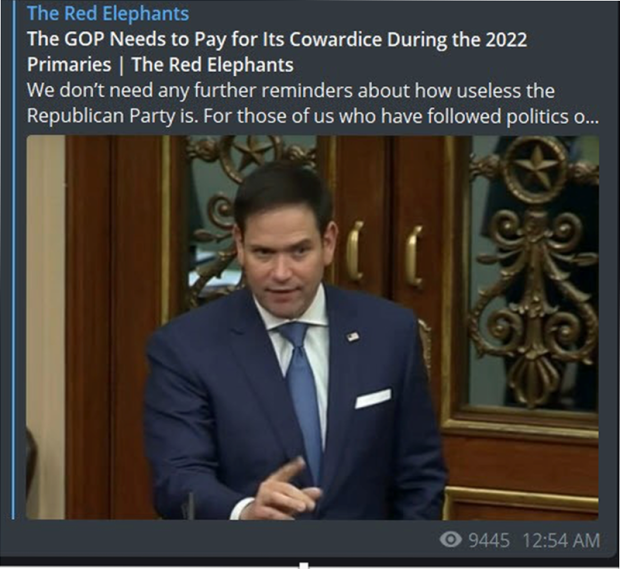 Other extremists are taking the long view: White supremacist Vincent James, of the Red Elephants, posted a challenge to Republican “cowards” who did not support the January 6 insurrection: “The GOP needs to pay for its cowardice during the 2022 primaries.”