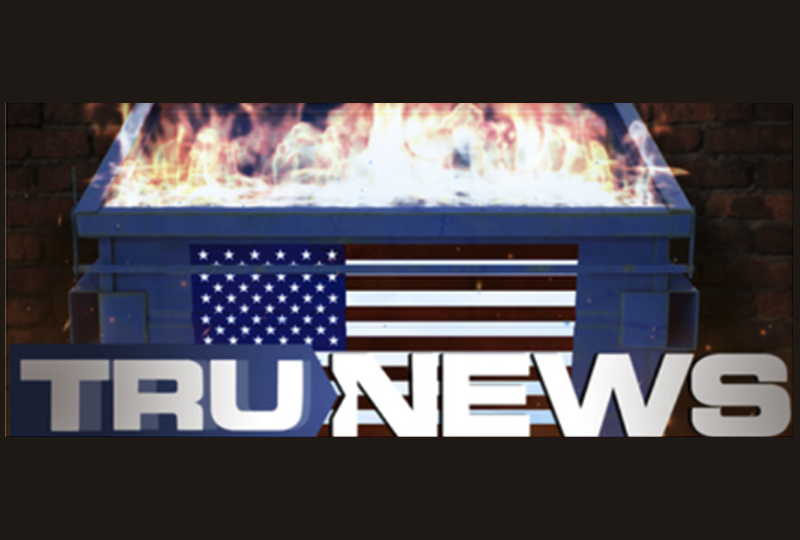 UPDATE: According to the TruNews website, the channel was banned from Facebook on April 3, 2021, and the TruNews page has been removed from the platform.

In early 2020, ADL wrote about TruNews and its host and founder, Rick Wiles, detailing the fundamentalist Christian video streaming site’s consistently antisemitic, anti-Zionist, anti-LGBTQ+ and Islamophobic rhetoric. In July 2020, a follow-up piece focused on TruNews’ use of Facebook to share antisemitic and conspiratorial content, through both the site’s livestream feature and in posts to its more than 140,000 followers at the time.

Some social media sites and platforms have taken steps to remove TruNews’ bigotry. In January 2020, PayPal, Bloomerang and Spreedly announced they would no longer process TruNews’ donations, and a month later, YouTube banned TruNews, apparently for terms of service violations. On Facebook, meanwhile, TruNews’ following continues to grow, recently surpassing 204,000 followers. Wiles and his co-hosts continue to livestream and post antisemitic and conspiratorial content, despite clearly violating Facebook’s community standards.

TruNews videos often make the antisemitic claim that Jews control America. In a March 2021 video segment posted on Facebook called “America has been Judaized,” Wiles claims that “Judaism rules America” and said, “Our court decisions are Talmudic.” This was a reference to abortion law, echoed in a January 2021 livestream during which he claimed, “abortion is a Jewish value... America's court rejected the Christian Bible and adopted the Talmud and the Talmud justifies murdering babies. And so America is under Talmudic law.”  The Talmud is an ancient, foundational source for religious law and Jewish theology.

The idea that America is ruled by Jews recurs frequently on TruNews’ Facebook livestreams. In an October 2020 livestream viewed more than 56,000 times, Wiles talks about “the Jewish elite who have control of America.” He goes on to say, “The people in the know, know that Antifa is Jewish. Who's burning American cities? Who's shooting American cops? Jewish Antifa. Who is leading the revolution in America? Jewish Antifa. Who's the enemy of this Republic right now? Jewish Antifa.” He continues later, “That's the way they operate. And at some point they have to be crushed. This thing has to be literally crushed and removed from this country. They’re destroying the Republic.”

On the 19th anniversary of the September 11 attacks, Wiles suggested to his Facebook audience that the terrorism was orchestrated by a secret cabal of Jews. His evidence? A conversation with a Russian economic advisor to Putin who, according to Wiles, predicted 9/11. Wiles recalled his conversation with her: “I had never heard of a Kabbalah. I didn't know about Jewish mysticism, but she was making these references in July of 2001 that this attack coming on America would be carried out by religious mystics.”

In some instances, TruNews tries to couch their antisemitism as anti-Zionism, claiming their rhetoric pertains solely to the Zionist political movement. However, a recent Facebook video post undermines this alleged approach. Taken at C-PAC in February 2021, the video shows a Jewish man on stage reciting the Shema, a prayer that is central to the Jewish faith and has no link to Zionism. The post is captioned “The Zionists have inflitrated [sic] CPAC.”

Accordingly, Wiles and his co-hosts use “Zionist” and “Jew” interchangeably, often referring to Zionist control of America as the cause of the country’s “downfall.” In a July 2020 Facebook livestream with more than 53,000 views, Wiles states, “It's how America fell. The Zionists Zionized America by blackmailing thousands of influential American men.  That's America's obituary.” Later that year, in October 2020, Wiles equated Zionism to Satan to over 57,000 of his viewers, claiming “if you get to the Jesuits, you're now talking Freemasonry. And if you're talking Freemasonry, you're talking about the Zionists…. It's all one group. Satan's got different denominations."

In other Facebook broadcasts, TruNews has called on viewers to harass people and potentially engage in violence. In a November 2020 Facebook livestream viewed more than 20,000 times, Wiles cited a Florida bill that he said would “empower citizens to shoot and kill looters and rioters,” warning “the left” to “pack up and flee...we’re coming after you.”

Wiles also peddles in conspiracies about the 2020 election and COVID-19. On January 15, 2021, he announced in a Facebook livestream, “I don't care who gets mad about it. It was a rigged election. And every election in the future of this country will be rigged.” And the COVID-19 pandemic, he maintains, is the result of a biological attack by the Chinese Communist party.