What is "Zoombombing" and Who is Behind It? 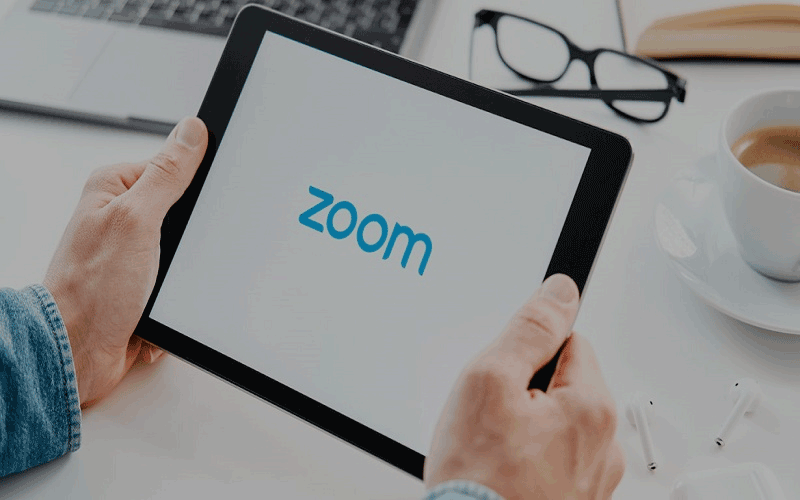 How to Prevent "Zoombombing"

Steps To Take During a Zoombombing Incident

On March 24, 2020, a white supremacist interrupted a webinar about antisemitism hosted by a Massachusetts Jewish student group by pulling his shirt collar down to reveal a swastika tattoo on his chest. A day later, a similar incident occurred in California when someone disrupted an online class hosted by a JCC (Jewish Community Center); the perpetrator launched into a minutes-long, profanity-laced, antisemitic rant and removed his shirt to display a swastika tattoo on his chest. The Center on Extremism examined screenshots of the individual behind both incidents and believes him to be Andrew Alan Escher Auernheimer, a known white supremacist and hacker.

As documented by ADL, Auernheimer—also known as “weev”—has a long history of publicly expressing his antisemitic and racist views and exploiting technology in order to gain attention. In 2016, Auernheimer claimed credit for sending white supremacist fliers to thousands of networked printers on college campuses around the country. The fliers blamed Jews for destroying the country “through mass immigration and degeneracy” and advertised the neo-Nazi website, The Daily Stormer. A few months later, in two subsequent waves of fliering, Auernheimer depicted Jews being killed and raped, and called for supporting and defending acts of violence against anyone he perceived as “anti-white.” Later that same year, Auernheimer also participated in a harassment campaign against Jewish journalists on Twitter.

Auernheimer has referred to himself as a “white nationalist hacktivist,” and previously was sentenced to 41 months in federal prison, where he served slightly more than a year on federal charges related to computer hacking.  That conviction and sentence were overturned in 2014 for improper venue issues.  In a piece on The Daily Dot, he describes himself as “a long-time critic of Judaism, black culture, immigration to Western nations, and the media’s constant stream of anti-white propaganda.” Auernheimer also expressed these views in a 2014 post on The Daily Stormer, in which he ranted against “the Jews” for building “an empire of wickedness the likes the world has never seen.” In 2009, he created several videos containing antisemitic ramblings and comments, which alerted the FBI to Auernheimer’s location; the FBI warned him not to go near Jewish congregations or agencies.

As the coronavirus pandemic has led to more people spending time at home and conducting school and business online, an increasing focus has been placed on certain technologies and their ability to facilitate hate and harassment. Reports of “Zoombombing,” a reference to the popular video conferencing platform Zoom in which virtual meetings are disrupted by graphic or threatening messages, have quickly garnered attention across the country. Inside Higher Ed reported incidents targeting virtual classrooms at Arizona State University and the University of Southern California, as well as a children’s storytelling session in New Jersey. According to NBC News, during a virtual Torah lesson on March 22, multiple people interrupted the session by sharing antisemitic images and language. In Thousand Oaks, California, an online school board meeting was cut short after someone shared pornographic images, as well as a Nazi flag and swastika. These reports have become so widespread that the FBI issued a warning about the hijacking of video conferences and online classrooms on March 30.

Across various social media platforms, extremists have already seized on the coronavirus pandemic as a vehicle to spread their hate and conspiracies. While some Zoombombing incidents can be attributed to internet trolls without particularly malicious intentions, there is concern that extremists are also increasingly exploiting this newfound reliance on video conferencing technology to target certain groups or advance their hateful messages.

There is increasing evidence that Zoombombing attacks are being coordinated or encouraged on a range of mainstream and fringe online platforms. Various reports, including articles from Insider and PCMag, indicate that some incidents are being perpetrated by “bored” teenagers and “pranksters” who are using provocative content to increase their followings on social media platforms like TikTok. However, these conversations are also happening in online spaces frequented by extremists, and the result is Zoombombing incidents which are not only disruptive, but threatening or targeted harassment based on the specific identity of meeting hosts or participants.

An April 3, 2020, New York Times article described Zoombombing campaigns being promoted on Instagram, Twitter, YouTube, Discord, Reddit, and 4chan; the Center on Extremism has documented similar conversations emerging on extremist channels on Telegram. On April 2, an article published by VICE reported that users on 8kun—the website formerly known as 8chan —had encouraged a Zoombombing campaign against a Jewish school in Philadelphia. One post reportedly “provided links to the Zoom calls of teachers at the Jewish school, with instructions to ‘really freak them out’” and included the extremist slang term “boogaloo”—a term described by ADL as “a catchphrase for mass violence.”

In several cases, solemn commemorations of Yom HaShoah (Holocaust Remembrance Day, observed annually in many Jewish communities and held this year April 20-21), were disrupted by Zoombombing incidents. Two Zoombombers interrupted a Holocaust commemoration in Argentina with displays of child pornography. A memorial service held by the Jewish youth group Morasha Germany was disrupted by a coordinated group of attackers who posted swastikas and voiced antisemitic slurs.  A live online commemoration, convened by Israel's embassy in Berlin and featuring remarks by a Dutch Holocaust survivor, was disrupted by images of Hitler, pornographic images and antisemitic slogans. At least one of the Zoombombers yelled “Palestine!” At an online Holocaust memorial program run by the Museum of Jewish Heritage in New York, students and teachers learning about the experience of children during the Holocaust were exposed to profanity, pornography, swastikas and antisemitic slurs.

Jewish groups around the world have been harassed in Zoombombing incidents. Jewish schools, synagogues, nonprofit organizations, and cultural institutions have been targeted by antisemitic language and images specifically intended to offend and intimidate Jewish audiences.

As schools at all levels—from preschool lessons to college lectures— have transitioned to online distance learning, virtual classrooms and student group meetings have been a frequent target for Zoombombers.

Zoombombers are also targeting local government virtual meetings, which in many cases are required by law to be open to the public.

Further examples of antisemitic Zoombombing in the U.S. are available on ADL’s Tracker of Antisemitic Incidents and our HEAT Map.