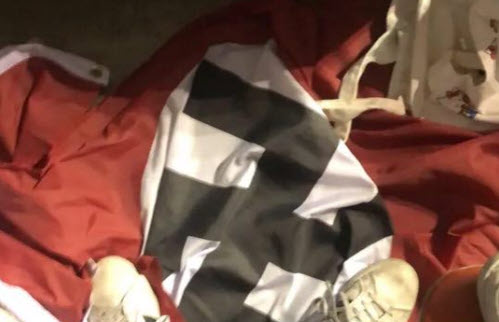 Sterkeson, of Glendale, Arizona, is a self-described “stunt activist” who has harassed a range of Jewish and Muslim organizations and events. He uses evidence of these incidents to create online content, which he often posts to his eponymous YouTube channel or his Bitchute channel, “BombIslam.com.”

Sen. Sanders, who would be the first Jewish presidential nominee, and is one of only a few Jewish candidates to run for the country’s highest office, has spoken publicly in recent months about the importance of his Jewish heritage, and about his father, who immigrated to the U.S. from Poland in 1921. Many of the family members who remained in Poland were murdered by the Nazis in World War II. Sanders is a member of the board of trustees at the U.S. Holocaust Memorial Museum. 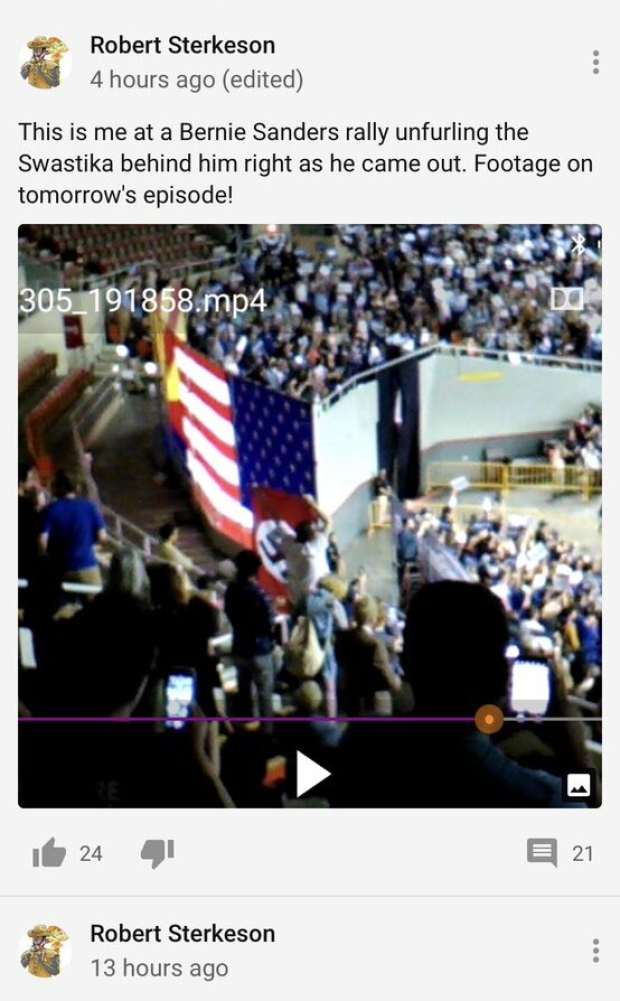 Sterkeson frequently targets Jews. On October 27, 2018, the day of the Tree of Life shooting in Pittsburgh, Sterkeson entered the lobby of the Arizona Biltmore hotel, which was hosting the Jewish National Fund Conference, and unfurled a Nazi flag. That same day, he posted video and images of the stunt on social media and bragged the he had flown the swastika at a “Jewish National Fund conference on the same day as the synagogue shooting!” followed by,  #RobertBowersDidNothingWrong.” 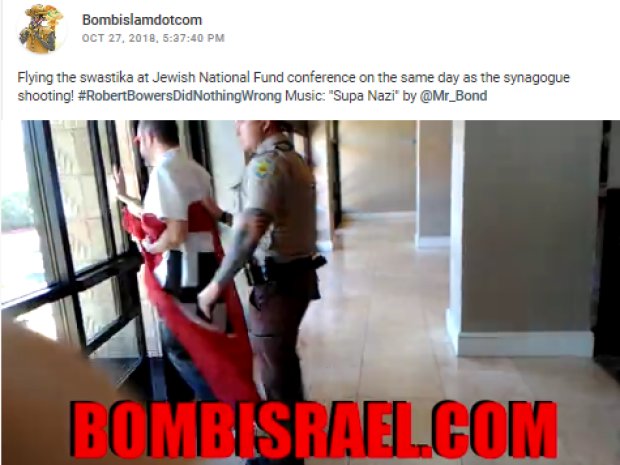 He has also targeted the Muslim community by destroying the Koran outside of mosques. In May 2018 he attempted to enter an event hosted by the Council on American-Islamic Relations of Arizona while wearing a “Bomb Islam” hat. Sterkeson has posted videos that include footage of the mosque attacks in Christchurch, New Zealand, apparently praising perpetrator Brenton Tarrant. One of the videos echoed the “gaming” ethos that surrounds recent white supremacist  shooting sprees:  Sterkeson posted “Having a gamer moment: #GamersRiseUp,” on Bitchute, a video that included images of the victims and the phrase, “25 kill streak.” 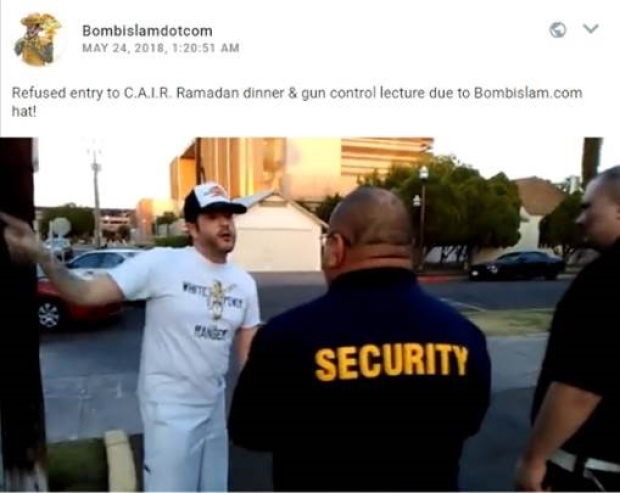 In a November 2018 YouTube video titled “BombIslam.com 2024 Presidential Campaign Ad- Make America White Again!” Sterkenson announced, “I hate Jews Mexicans Muslims and niggers. The thing is, I’m a Nazi. But I want to be your Nazi… We’ve cared about minorities for too long. We’ve extended a helping hand and in return they’ve given us is the finger.  All non-whites do not belong here.”