ADL SVP of Programs testified before Congress, addressing the threat of white supremacy 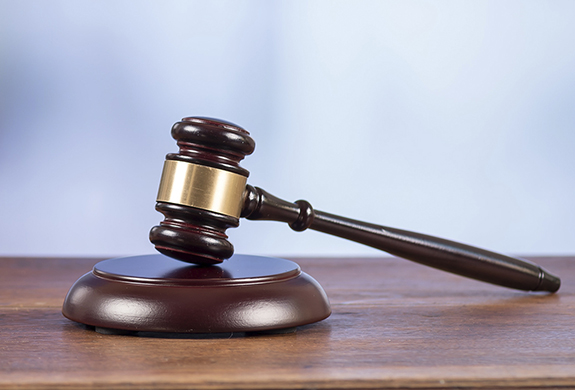 Below is George Selim's oral statement to the House Oversight and Government Reform Subcommittee on Civil Rights and Civil Liberties on May 15, 2019. You can view his full written testimony here.

Good afternoon Mr. Chairman, Ranking Member Roy, and Members of the Subcommittee.  My name is George Selim, I serve as Senior Vice President for Programs at ADL, the Anti-Defamation League.  It is an honor to appear before you today to address the issue of white supremacy and the threat it poses to our communities.

Thank you to my fellow panelists for being here today as well. In particular, thank you to Susan Bro for sharing about your daughter, Heather Heyer. I deeply admire the work you are doing, and we stand by you in your fight against the hatred that took her life.

Unfortunately, in the short time since the “Unite the Right” rally in Charlottesville, white supremacist violence has continued to shatter many families. Families in Pittsburgh, in Christchurch, in Poway, and around the country.

More can be done to counter this threat, and more must be done before the next inevitable tragedy.

I have served at DHS, the Department of Justice, and on the National Security Council.  I watched the rise of ISIS and the full-throated government response to counter it.  Now, the rise of white supremacist terrorism poses a similarly serious threat.

Yet, instead of scaling up to meet this threat, the government seems to be scaling down – fewer resources dedicated toward preventing and countering extremism, and little transparency and accountability with respect to how the government sees the threat and what it is doing to counter it.

The University of Maryland START Center found that, from 9/11 through 2017, approximately 71% of Islamist-inspired extremists in the United States were interdicted in the planning phase, but with far-right extremists, the inverse is the case, and over 71% managed to successfully commit violent acts.

It is paramount to counter extremism in all its forms.  But, at this time, white supremacist extremism warrants far greater attention than it currently receives.

Our ADL data shows that last year, of the 50 murders committed by extremists, all but one were linked to right-wing extremism and 78% were tied white supremacy, specifically.   Last year was the deadliest year for the Jewish community and third-highest on record for anti-Semitic incidents in the United States.  They not only target Jews, but , African-Americans, Muslims, non-white immigrants, and the LGBTQ community

The data is clear:  the white supremacist threat in the United States are at disturbingly high levels, and we must work together now to ensure that the worst is not yet to come.

Like other forms of extremism, white supremacists seek to spread their ideology.  Most believe a conspiracy theory that the white race is in danger of extinction due to a rising number of non-whites who are controlled and manipulated by Jews, and that imminent action is needed to – in their view “save” – the white race.  They then convince adherents that they must act to counter that perceived threat, which manifests as hate and violence.

Not only do white supremacist extremists spread this propaganda through fliers and banners and events, but on social media, ranging from mainstream platforms to platforms like Gab and 8chan, where their proselytizing and conspiring are less scrutinized by the public eye.

Today’s propaganda is tomorrow’s hate and violence in our communities.

More can be done to counter this threat and prevent it from getting worse.

The FBI in its own testimony last week admitted to having fewer resources to counter domestic terrorism than international terrorism; the National Counterterrorism Center does not currently view domestic terrorism as within its remit.   These things need to change immediately.

All of this, while white supremacists proselytize and mobilize.

More can be done.  More must be done.

ADL urges swift and comprehensive action to counter the threat of white supremacy.  We urge Members of Congress and the Administration to

We must act swiftly, decisively, and comprehensively to counter the threat of white supremacy and prevent it from metastasizing.