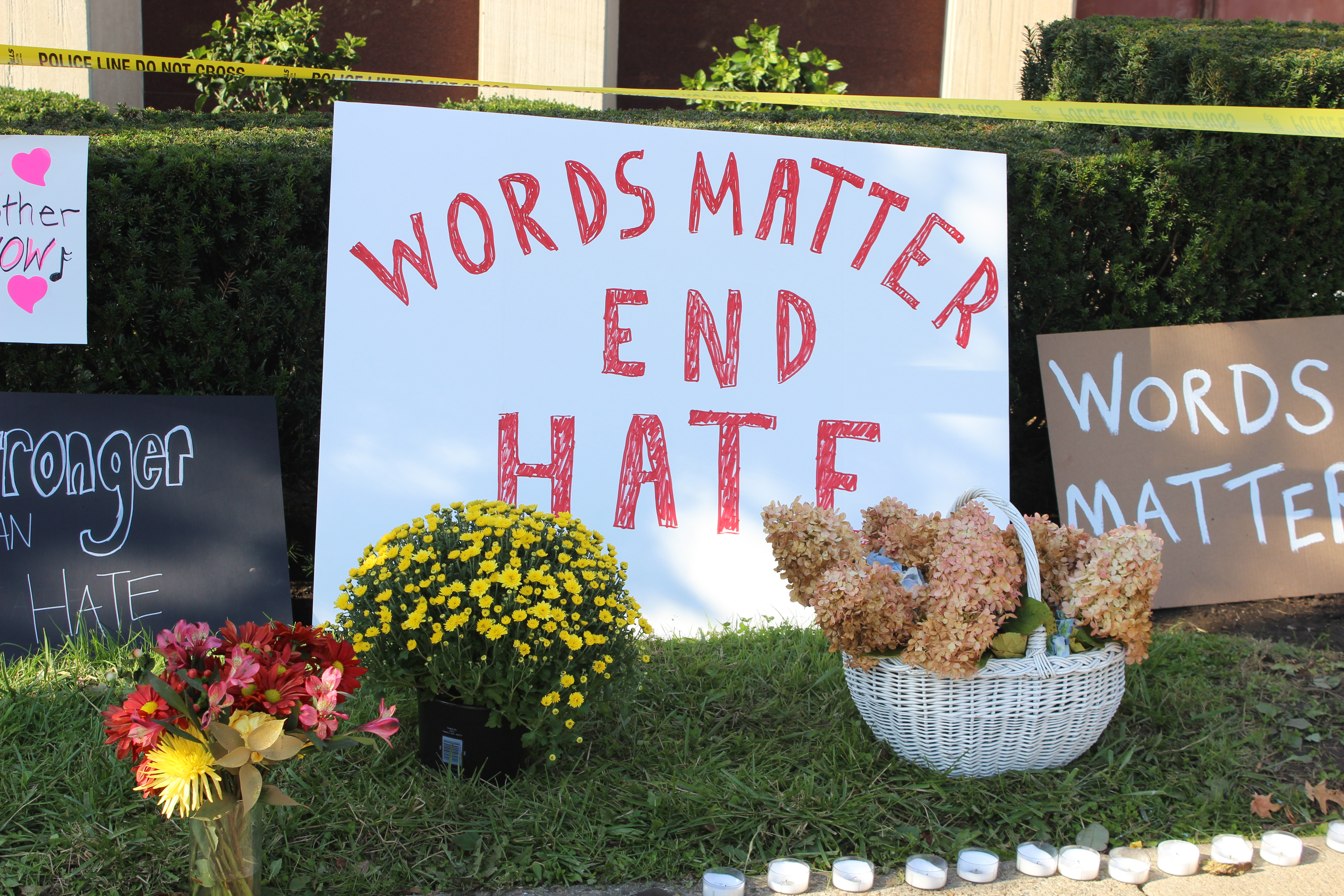 Even in times of tragedy, there are glimmers of humanity. These moments of compassion, of kindness, give us hope for a better future for our children and our children’s children. Building a better world is what has motivated ADL’s work for more than 100 years, and what continues to impel us forward today. With that in mind, ADL’s professionals across the country have selected the decade’s Top 10 Moments of Hope in the United States.

It’s hard to fathom how such a horrific hate crime – the 2018 shooting at the Tree of Life synagogue in Pittsburgh in which a white supremacist targeted three Jewish congregations at prayer – could inspire acts of love so huge that they overwhelm the loss of 11 people in a deadly act of hate. But when the Pittsburgh community came together to mark the date of that tragedy on Oct. 27, 2019 with a full day of prayers and projects that embraced the city’s Jewish community with a giant hug -- it did just that. Whether it was making blankets for refugee families, working at food pantries or holding blood drives, Jews, Muslims, Christians, and people of other faiths came together to send a message that a community could emerge stronger in the face of an unthinkable act of hate. And in the immediate aftermath of the shooting there were inspiring shows of interfaith solidarity as well; Muslim organizations working in partnership with the Islamic Center of Pittsburgh raised more than $238,600 for victims and families directly affected by the Tree of Life Synagogue shooting. And even more impressive, Johns Hopkins graduate student Shay Khatiri, a political refugee from Iran, launched a GoFundMe account for the synagogue that surpassed $1.2 million in contributions from more than 18,000 donors. 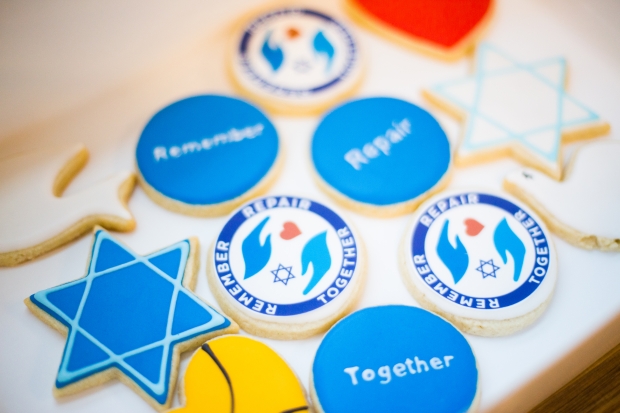 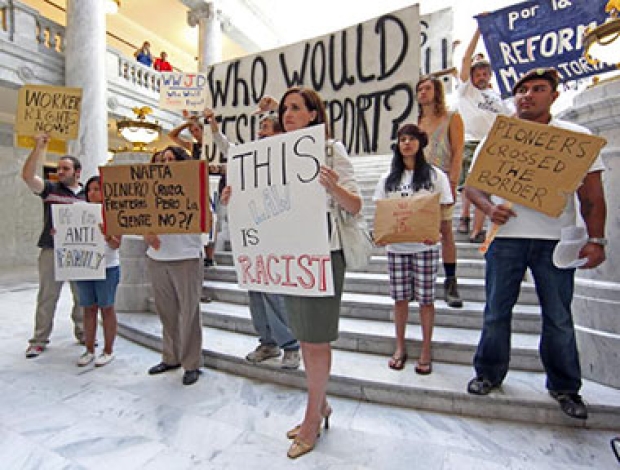 Many thousands of Americans from all walks of life and religious backgrounds joined in impromptu protests at airports across the country in opposition to the Jan. 27, 2017 Executive Order from President Donald Trump, which imposed a freeze on refugee admissions and a ban on travel from seven Muslim-majority countries. Within 23 hours of the order being signed, immigration agents began detaining travelers from designated countries. Word spread through social media and protestors gathered at airports to demand the detainees’ release and the rescinding of the ban; these protests continued the next day in airports and other locations nationwide. Meanwhile, hundreds of attorneys showed up at U.S. airports to offer free legal help to the travelers and family members of loved ones detained under the executive order. Civil rights organizations immediately challenged the executive order in court and a stay was issued, temporarily blocking President Trump’s policy from taking effect and preventing refugees and immigrants from being deported. 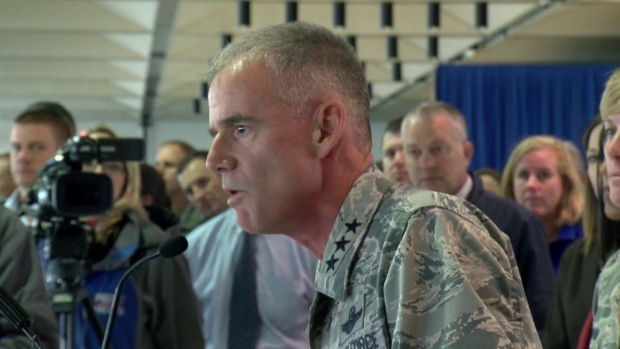 When racial slurs appeared in the academy’s preparatory school dormitory and photos of the slurs were shared on social media, the superintendent of the United States Air Force Academy stepped up and took action. Lt. Gen. Jay Silveria called a school-wide assembly where he made a defiant speech clearly and forcefully condemning racism. In a video that later went viral, Silveria told the assembly of nearly 5,500 students, faculty and staff: “If you can’t treat someone with dignity and respect, Get out!” In that simple act, Silveria demonstrated a kind of courage that so many school administrators seem to lack. 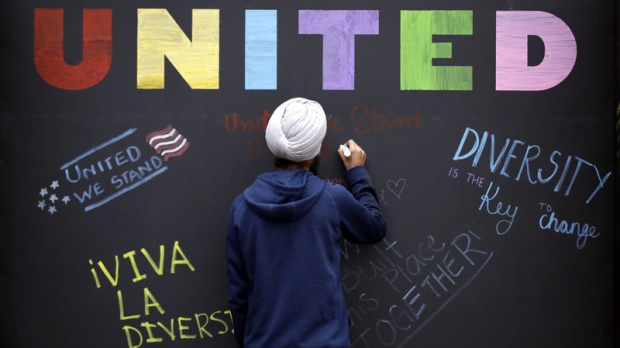 When Texas A&M students and administrators learned white nationalist Richard Spencer would be speaking on their campus, they knew they had a problem. Spencer had just made news for a speech he gave in Washington, D.C., during which he and his followers made a Nazi salute and he exclaimed, “Let’s party like it’s 1933!” Spencer’s speech took place in A&M’s Memorial Student Center in a room rented by a neo-Nazi sponsor. Administrators did not invite Spencer and firmly rejected his ideology. A&M President Michael Young said, “Private citizens have a right to free speech on and off this campus.” At the same time he expressed outrage, indignation, and a desire to draw attention away from Spencer. He and student-government leaders put together a rally dubbed “Aggies United.” The rally gave those who wanted to counter Spencer’s hateful message an opportunity to promote respect, dignity and inclusion, and to send a message to the world that Texas A&M does not sanction hatred or racism. 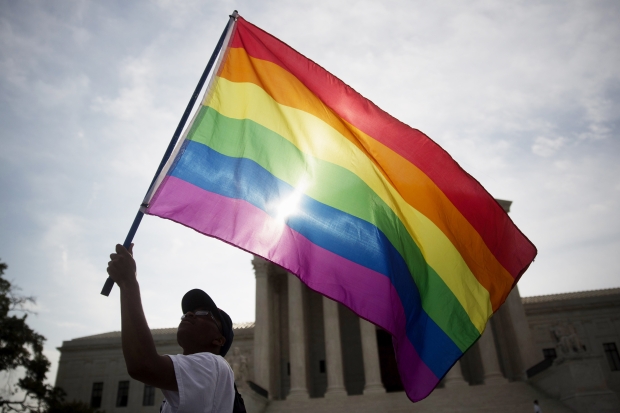 Celebrations broke out across the country and on social media after the United States Supreme Court, in a landmark 5-4 decision, ruled same-sex couples have the constitutional right to marry nationwide. The message “#LoveWins” was the number-one trending hashtag in the world on Twitter with more than six million tweets, and spontaneous celebrations erupted globally. The historic ruling was one of the most consequential decisions for the LGBTQ community and, indeed, one of the most significant civil rights decisions in recent memory. And it reverberates to this day as LGBTQ people continue to gain broader acceptance in society. 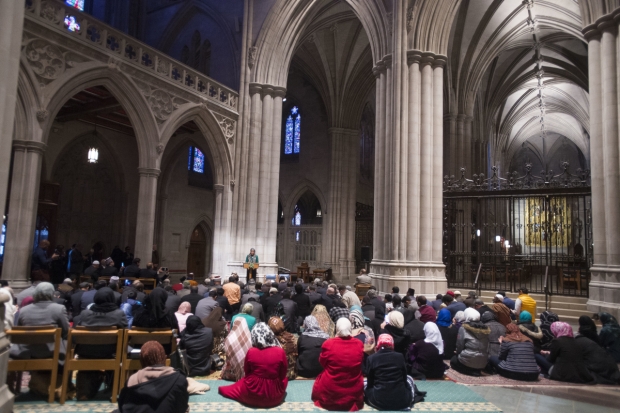 On November 14, 2014, the Washington National Cathedral, the sacred space that has hosted presidential funerals and other national religious services in Washington, D.C., opened its doors to American Muslims for the first time for a Jummah prayer service. Described as “an enormous testament of solidarity,” by South African Ambassador Ebrahim Rasool, who delivered the sermon, the service was a powerful moment demonstrating the ability of all faith groups to unite in prayer and work together to advance American values of religious pluralism and tolerance.

When a man slipped into a packed elementary school with an AK-47 assault weapon, walked into the office and started shooting, Antoinette Tuff, who was working in the front office of the Ronald E. McNair Discovery Learning Academy in suburban Atlanta, didn’t hide or run. She started talking to the gunman, telling him about her personal troubles and assuring him that everything would be OK if he surrendered. She ended up acting as a go-between for the gunman and the police outside. The nightmare ended as the suspect was taken peacefully into custody without a single person being injured.  She later recounted to a 911 dispatcher, “I’ve never been so scared in all my life,” but her calm and collected demeanor during a potential tragedy may have saved countless young lives, leading to her being hailed as a hero. 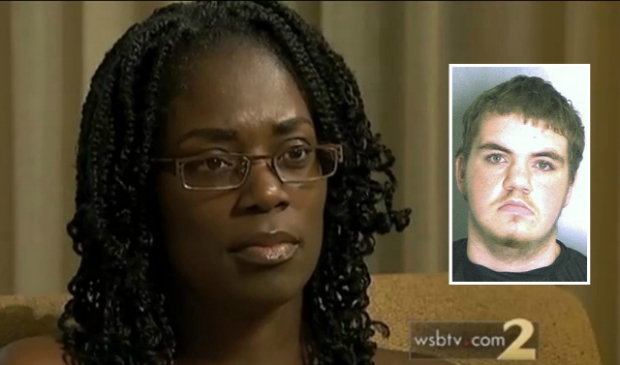 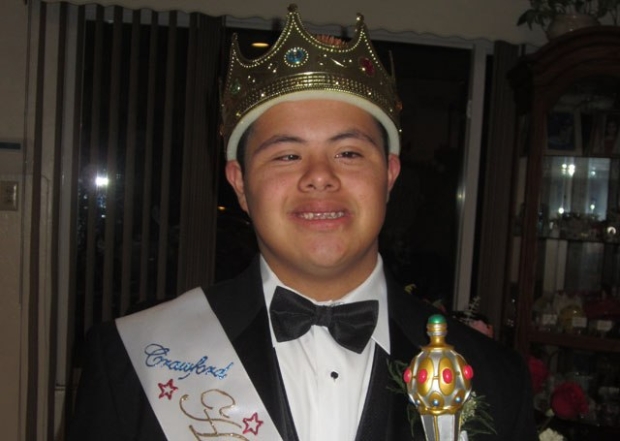 In San Diego, a special needs student with Down Syndrome was the overwhelming choice for Homecoming King. Eighteen-year-old Ivan Mendoza, a senior, didn’t have any competition. Once the other students in his class learned that he was in the running, none of the other students applied for the title. Mendoza’s teacher, Alan Reitman, said: “Nobody would turn in an application against him. They wanted him to win. He’s just loved by everybody. He’s got a great personality.” At a time when bullying in schools was in the news on an almost daily basis, Americans around the country marveled at the student body’s selfless act in embracing a student who was different.

Dr. David Bowman and his wife, Nancy, a nurse, were out shopping for food at a Safeway in Tucson, Arizona when they heard the first gunshots fired in the mass shooting that nearly took the life of U.S. Rep. Gabrielle Giffords. He and his wife rushed to the aid of the victims, starting to triage nearly two dozen  shooting victims, including Giffords, who was meeting with constituents outside when the shooting began. Others stepped in, including employees and first responders who would later earn Red Cross Real Hero Awards for their efforts so save lives on that fateful day. 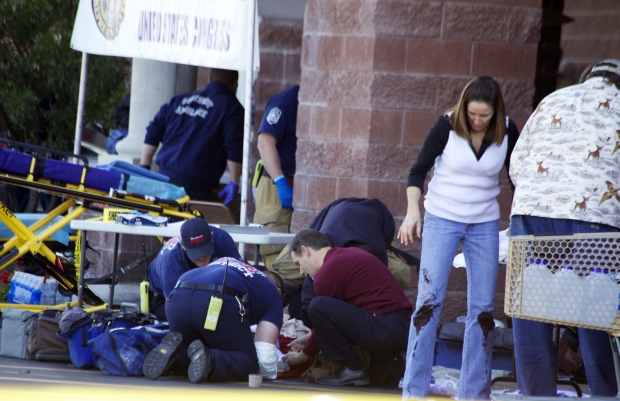 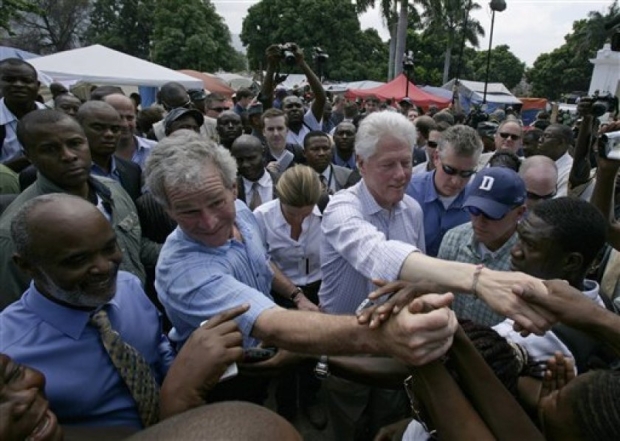 Following the devastating 2010 earthquake that killed an estimated 230,000 people and brought the small Island of Haiti to its knees, former Presidents Bill Clinton and George W. Bush together visited the island after being tapped by President Barack Obama to spearhead U.S. fundraising in response to the crisis.  In their first joint trip, they met with quake survivors, toured the devastation and spotlighted the dramatic need for reconstruction help. Two years later, the Clinton Bush Haiti Fund announced that it was closing up shop on the island after having raised $54 million that was distributed to more than 50 businesses and organizations to spur sustainable development, short-term reconstruction and longer-term development.