The Unspoken Messages of Dress Codes: Uncovering Bias and Power 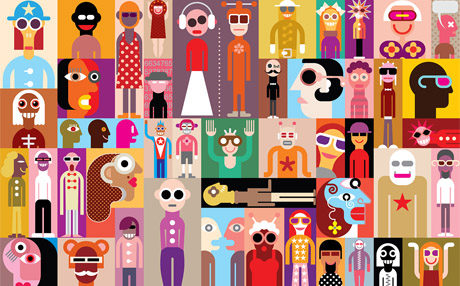 A few days before I started sixth grade at a private school, I went with my mother to buy uniforms. While she beamed, I miserably pulled the green and white striped dress over my head. I clearly remember the looks from people when I wore that uniform in “public.” It felt like I had a sign above my head that said, “I’m rich and a snob.”

My mother, like many parents to this day, believed that uniforms were the answer to stopping social competition among students and contributing to an overall positive school atmosphere. But for the twenty years I’ve been teaching, I’ve learned that a school’s dress code is much more than what it appears. It is the articulated expectations and enforceable rules created by an educational institution to reflect what it wants to “see” in its students and how it balances safety, unity and the individual rights of its students.

Before I go on, let’s articulate the standard arguments to support school uniforms and dress codes:

On its face, all of these goals are reasonable. But clothes and appearance have always been symbols of how an individual belongs within his or her community—or their opposition to that community. And a school may have good intentions but the way dress codes are enforced can mask double standards, insensitivity and bigotry. As an educator, if your school has any kind of dress code, it’s critical to understand the code’s complexities and your responsibilities (no matter what you personally think) and to respectfully enforce it while understanding students’ overall right to be treated with dignity and to self-expression. To do this, here are my best suggestions:

Understand the role of socioeconomic class.

Dress codes are often markers of a student’s socio-economic status.

Wealthier, more “traditional” schools often have dress codes that represent the privileged world they are a part of or their families aspire to attain. Middle class or more “liberal” schools have informal dress codes to increase the safe and appropriate environment of the school (how “safe” and “appropriate” are defined can be the source of misunderstanding and inequities). Many lower income schools have uniforms because it’s assumed that students come from low performing schools and they need uniforms for the students to take the learning environment seriously.

Get beyond the easy answers.

Uniforms aren’t the magic bullet to stop the “fashion show” competition between students. People know who has more money relative to others, either because the student boasts about it or other people talk about it. If it’s important to students to show how much money their family has, they will figure out a way to show it—from their headphones, smart phones, computers, shoes or what cars their parents drive.

Power struggles with students about any topic are losing situations for everyone. They also go against best educational practices. Adolescents seek out challenges, are often acutely aware of power imbalances in relationships and have intense emotional reactions to those imbalances. We can’t be shocked or take it personally when a kid shows up wearing something inappropriate. What we have to do is model how to respectfully speak to someone who challenges us.

Here are some guidelines.

Ideally communicate non-verbally. For example, if someone is wearing a hat in the hallway, catch their eye, touch your hand to your head. Smile and raise your eyebrows.

If you are a teacher and a student complains to you about another teacher always getting them in trouble for being out of dress code, here's what you can say to the student.

If someone talks to you about being out of dress code, do what they say. If you feel that they have been rude to you, I still want you to do what they say but then tell me and/or tell the administrator you trust the most. But if you’re genuinely confused about why, or what you’re wearing is important to you and it’s not communicating something rude or degrading about someone else, you have the right to respectfully ask why you are in violation. If you feel strongly about this, you can research your rights about freedom of expression in schools and bring that to the administration. You may not get what you want but it’s important to know your rights and I will support that.

Understand how gender affects how the dress code is applied.

The way boys and girls get in trouble for violating dress code is different and girls are disproportionately targeted for disobeying it. In addition, young people who don’t conform or challenge gender norms can also be easily targeted. The question needs to be asked: If a student does not conform to traditional gender roles in their clothing, does that truly contribute to an unsafe learning environment or is he or she exposing the intolerance of others? Whose right is more important to protect—someone’s right to be themselves that doesn’t hurt other people or other people’s bigotry?

Boys most often get in trouble for wearing clothes that are “disrespectful.” When you ask adults to give examples of what this disrespect looks like, the response is almost always, “baggy pants worn down to their knees.” Or they use the word “urban” (i.e. stereotypical black) although I’ve heard the word “ghetto” used as well—which is clearly racist. Far too many adults start the interaction with boys by using their adult power to dominate them and any resistance is seen as defiance and cause for punishment.

In contrast to boys, girls often get in trouble for presenting themselves as too sexual. Girls who go through puberty earlier and/or are more developed are also disproportionately targeted. Yes, a girl with a developed body can be distracting but that doesn’t mean the students around her should be held to such a low standard that they aren’t expected to treat her respectfully. Adult reaction to these girls can be extremely counterproductive if they think shaming the girls for being “slutty”* is the appropriate response. Further, it contributes to the dynamic where adults teach girls and boys that girls are responsible and therefore to be blamed if others say and do sexually degrading things to them. It’s a mixed message and a missed educational opportunity to not acknowledge and educate girls and boys about the constant hyper-sexualized messages girls receive and how that influences what they choose to wear.

No matter what you do in a school or who you are (I believe men can and should have these conversations), here’s a suggested script to speak with girls:

This is difficult to speak about with you but it’s important to me that I do. You are getting into trouble for violating the dress code and we have to address that. But way more important to me than the dress code is you. You are a smart young woman with a lot to contribute to this world. Like all young women, you’re growing up in a world that dismisses your opinions and rights by trying to convince you that the most important thing about you is your physical appearance. Obviously, you are so much more than that. I want you to be proud and comfortable with how you look. But I also want you to be proud and comfortable about who you are beyond that. Can you think about what is most important in how you want to present yourself?  Can you put your clothes that you like and that are within the dress code on one side of the closet and your other clothes on the other side?

As a teacher or school administrator, I know that one of your priorities is to set up a positive environment in which young people can and want to learn. It is not in anyone’s best interest to make students feel uncomfortable, angry, awkward or ashamed of who they are. My advice is to be clear about what your dress code is, why the rules are in place and have a thoughful justification for them. Then communicate that to students with precision, strength and a well-articulated rationale. Be consistent in your approach. And when the dress code is violated, be kind, accepting and make sure students understand why. They may not agree but they will feel respected and hopefully that respect will be returned.

*Note that while this word is used frequently, it highlights the inherent bias in labeling women’s sexual identity.