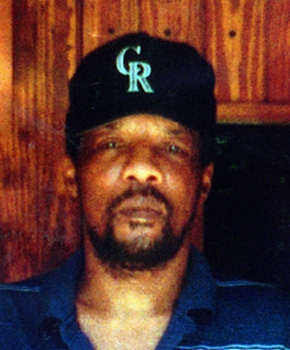 James Byrd Jr. was born in Beaumont, Texas, one of nine children, to Stella and James Byrd Sr. In 1967, Byrd, who was African American, graduated from the last segregated class at Jasper’s Rowe High School. Byrd went on to marry and have three children. In the pre-dawn hours of June 7, 1998, Byrd was walking home in Jasper, Texas, when he was stopped by three white men who offered him a ride home. Byrd got in the bed of their pick-up truck, but the men did not take him home. Instead, they drove him to a desolate, wooded road east of town, beat him severely, chained him to the back of the truck by his ankles and dragged him for more than three miles. The murderers drove on for another mile before dumping his torso in front of an African-American cemetery in Jasper. Byrd's lynching-by-dragging gave impetus to passage of a Texas hate crimes law.