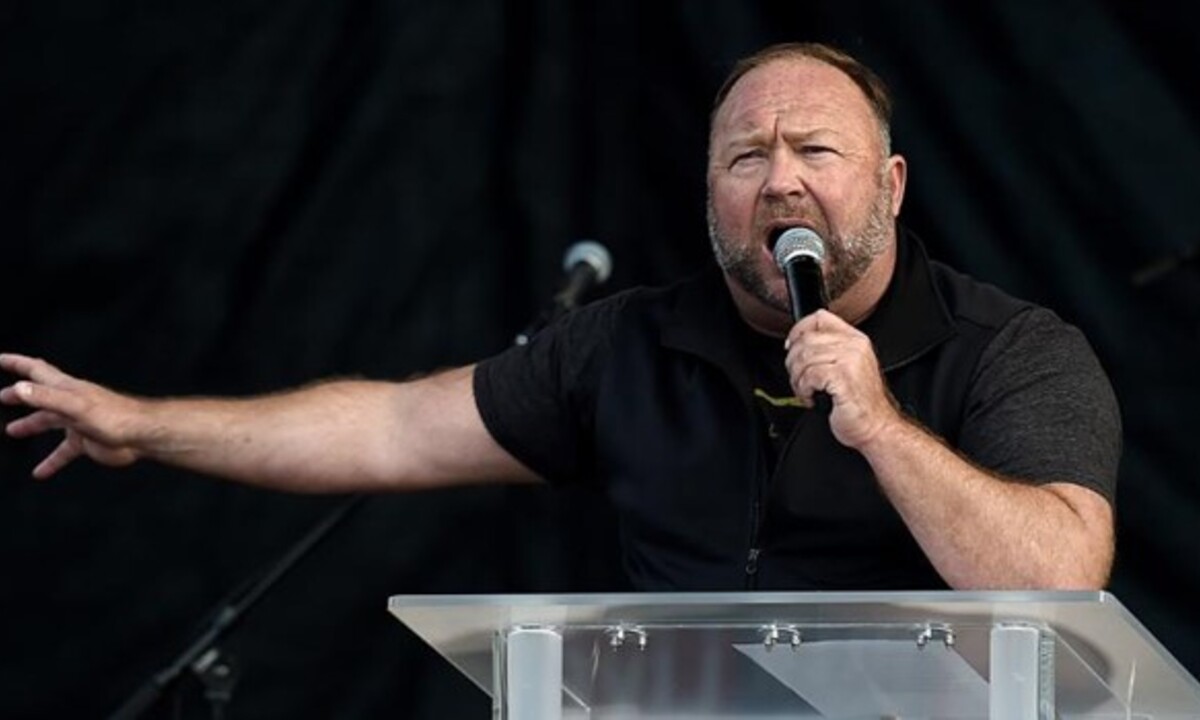 White Supremacists are Supporting the Appeals of Ahmaud Arbery’s Killers

In 2021, right-wing conspiracy theorist Alex Jones set up a GiveSendGo campaign called the “Save Infowars Legal Defense Fund.” The ask: Two million dollars. Today, the donations keep streaming in, totaling nearly $385K in donations. An analysis of this campaign shows that conspiratorial narratives and figures are motivating donors to contribute, demonstrating that Jones continues to profit from lies – via a crowdfunding platform favored by his fellow conspiracy theorists.

Alex Jones is a long-standing media figure and founder of the popular website Infowars, where his team produces radio shows and live broadcasts touting false and misleading information. After the 2012 mass shooting at Sandy Hook elementary school, Jones made widespread claims that the tragedy was a government-orchestrated hoax and that the victims’ parents were crisis actors. Several of these parents eventually sued Jones for his accusations, and a judge officially found him liable for defamation “by default” in late 2021. The story saw a recent resurgence of media attention after the August 4, 2022 verdict against Jones, in which a jury awarded a Sandy Hook family nearly $50 million in damages. In July, Jones’ Austin-based media company Free Speech Systems filed for bankruptcy.

The verdict was supposed to hold him financially accountable for his lies, considering the large amount of money he has made in the years since Sandy Hook. However, Jones continues to benefit financially from his conspiratorial claims, as evidenced by a crowdfunding campaign he set up last year in anticipation of losing his platform and his funding. For this endeavor, he chose GiveSendGo.

The Save Infowars Legal Defense Fund

GiveSendGo is a self-described Christian crowdfunding platform that tends to be the preferred website by promoters of false information, whose campaigns often get pulled from traditional crowdfunding sites like GoFundMe. Popular GiveSendGo campaigns seeking to profit from mis- and disinformation include “election fraud” investigations, trucker convoys protesting COVID-related health mandates, and even an effort to expose what organizers refer to as the “George Floyd Psyop.” 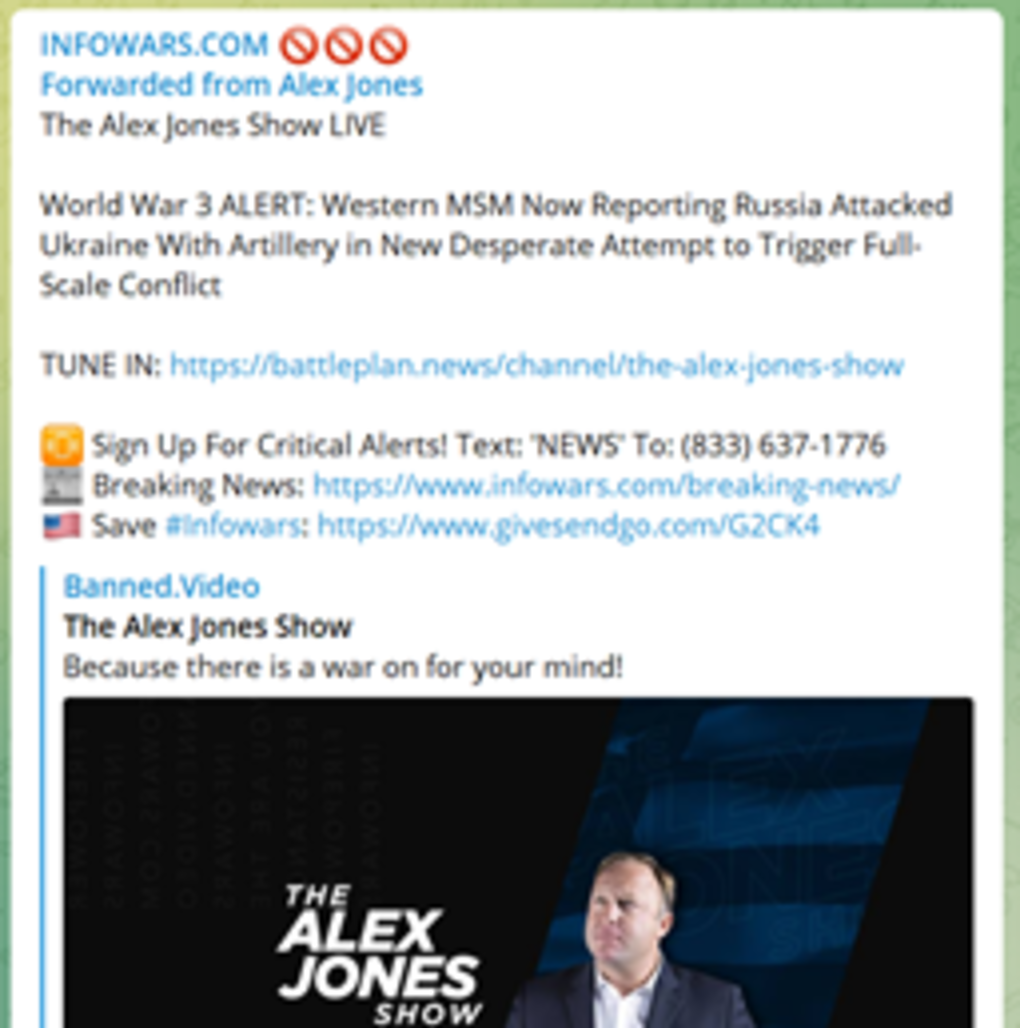 The description on Jones’ campaign page, which is meant to attract contributors, is full of dramatic, conspiratorial tropes suggesting that the sanctity of freedom and free speech is contingent on the success of his fundraiser. One claim is that “dark forces,” a “criminal operation,” and a “corporate fascist crime syndicate” are trying to get Infowars taken down. Another stresses that free speech is under attack, and that “the fate of Infowars' speech will ultimately be the fate of Free Speech not just in America but worldwide.” Finally, Jones warns that “globalist tyrants” are trying to prevent him from restoring “our Republic” and are “enslaving humanity.” At the end, he assures his audience that with their financial support, they “will win this fight together.”

Similar narratives were also evident in donor comments, suggesting that contributors were motivated by their belief in false, misleading and hateful information. Donors can contribute to GiveSendGo campaigns with or without a comment, and their contributions appear publicly on the site. As of August 4, 2022, about 60% of these public contributions included donor comments. Among those, four common threads emerged:

1. Fear of an evil, global cabal

Often promoted by Jones himself, donors appear to believe that that an evil, all-powerful “cabal” is secretly trying to implement a new world order (NWO). Related comments include:

“Keep rocking Alex. You were right. We need that sword of liberty to find the heart of the cabal. Fore fathers monument”

“There is an evil cabal working to enslave humanity and InfoWars is the best outlet trying to stop the satanic global cabal. Save infowars!”

“This ‘lawfare’ against Infowars is an ongoing effort to eliminate our First amendment. In God's time, Truth Will Prevail over the deceitful lies of the NWO minions who threaten our Constitutional Republic. We pray that the majority of good people within our institutions expose and neutralize the evil players within their ranks; to preserve our personal and national sovereignty”

Many comments denounce "globalists" or “globalism,” which is a common, often antisemitic dogwhistle frequently used by Jones himself.

“I will not comply. The Globalist Anti-Human filth seek to destroy us all.”

“We are spreading the Truth about the EVIL Globalists Great Reset Depopulation plan to Family, Friends & Neighbors."

“Although my eyes have been open to the evil n tyranny of these so called globalist I hv done lil, But NOMORE we hv tyranny at r back door, rather coming from everywhere I STAND WITH U ALX”

“We have evil in our NZ government that aligns itself with george soros and klaus schwab. The needs to be exposed and we need Infowars to help do just that. Love from New Zealand.”

“You are doing. Great work. I stand with you and all those like General Flynn and others who are standing up.”

Notably, several comments express adoration for David Duke, a known antisemite and white supremacist, and David Icke, whose theory that lizard people are secretly walking among us has been endorsed by Jones on his program.

"I want to thank Alex and David Icke for their unwavering persistence in uncovering the truth about the Evil Forces in our world, and their heroic bravery in exposing the truth to all humanity. Their interview was truly powerful and enlightening. I am also looking forward to Alex’s eleven things we can all do to combat this Evil, to be revealed in his presentation resetwars.com. Thank you Both.” 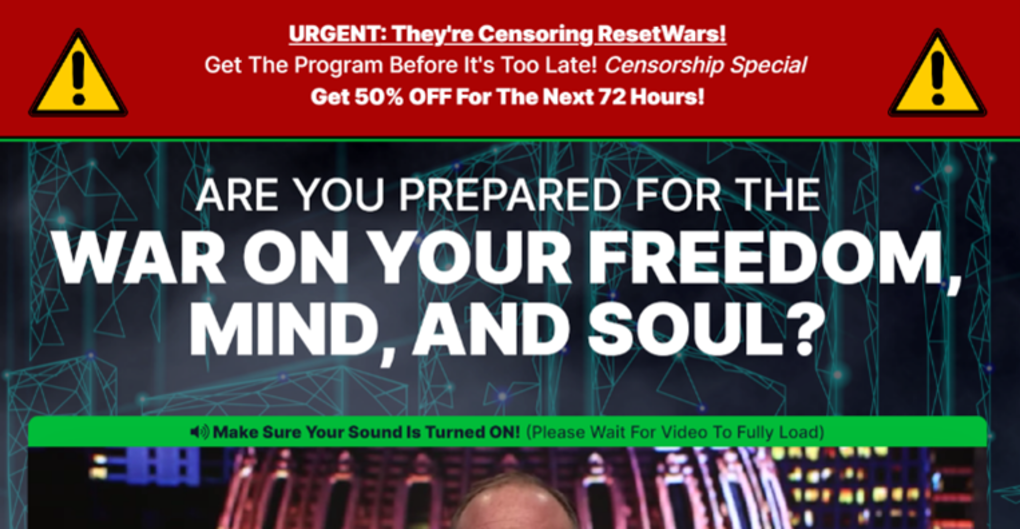 4. Promotion of other grifts and misinformation websites

Many donors left comments linking, endorsing or promoting other conspiratorial content, all of which espoused false and misleading information such as “9/11 truth” theories, sovereign citizen rhetoric, end-times resources, and more.

“Just released a rock song about the NWO dystopia, please check it out & play on air if you want. Adam Metropolis: "Base Income", along with a SoundCloud link.

A link to a Telegram page, followed by: “this is how we are going to UNPLUG the matrix by reducing YOUR cost of living by 90% - and that 90% comes out of the pocket of our MASTERS! Join us now and SAVE INFOWARS!!! DOWN WITH THE NEW WORLD ORDER!”

While Jones has amassed a great deal of money over the years, he continues to persuade people to give up their own through the use of misinformation, disinformation and conspiracy theories. Even as recently as August 8, 2022, just days after the final verdict in the Sandy Hook trial, Jones continued to ask for “support” from his audience on Steve Bannon’s “War Room.”

Jones’ persistent refusal to take responsibility for his words and actions shows that he is not acting in good faith and is likely taking advantage of his loyal audience for financial gain – a deliberate benefit of building his platform on conspiracy theories.