The Horrific Mass Shooting in Buffalo: How to Talk with Young People 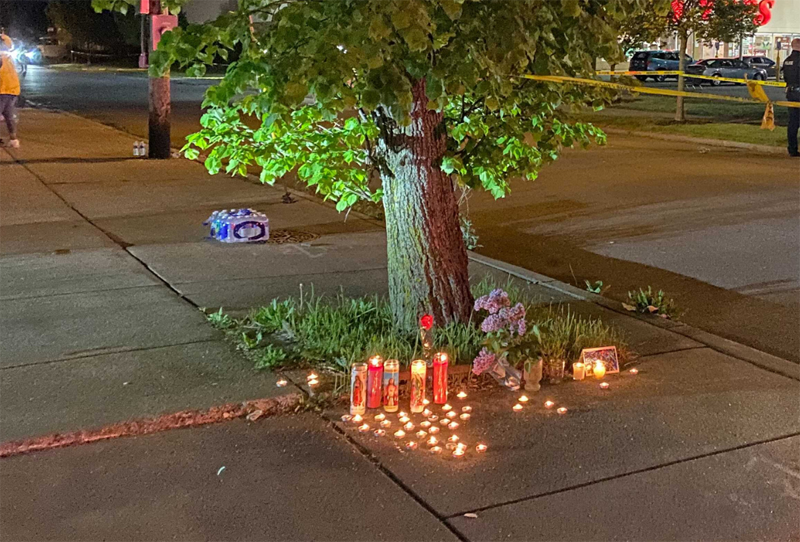 Related to This Blog

Another mass shooting has taken place, a violent massacre in which the shooter targeted a Black community after posting a white supremacist tract online that espoused virulently antisemitic and racist beliefs.

On May 14, 2022, a gunman entered a supermarket in a largely Black neighborhood in Buffalo, New York and shot thirteen people, killing ten people and injuring at least three others. Almost all of the victims are Black. The gunman was identified by law enforcement as eighteen-year-old Payton Gendron, who allegedly drove more than 200 miles to engage in this attack, one of the deadliest racist massacres in recent U.S history. He was armed with an assault weapon and wore body armor. An anti-Black racial slur can be seen on his gun, which was captured on video by his live streaming of the attack.

Later that evening, Payton Gendron was arrested and arraigned on first-degree murder charges. Investigators said the FBI is investigating this “both as a hate crime and racially motivated violent extremism.”

Before the shooting, the gunman allegedly posted a vitriolic, racist and antisemitic 180-page manifesto detailing his reasons for the attack. According to the manifesto, he chose that store and neighborhood because it had the largest percentage of Black residents near his home in New York’s Southern Tier, a predominately white area. The manifesto’s language is similar to previous rants posted by white supremacist shooters and refers repeatedly to the virulently racist and antisemitic Great Replacement conspiracy theory, which argues that Jews are responsible for non-white immigration into the United States and that non-white immigrants will eventually replace and lead to the extinction of the white race.

In the aftermath of this horrifying shooting and during the days and weeks ahead, many with young people in their lives—parents, educators, family members and others—will struggle to talk with young people about this. It’s critically important to do so. Even though some may feel reluctant to raise this sensitive topic with young people, many young people will already know about this tragic incident through overheard conversations at home and on the school playground, on social media and in other spaces and places.

It is vital that the adults in their lives are intentional about those conversations and to be there for young people. Discussing this will let them know you care and will allow them to express their feelings, understand what happened, reflect on the injustice that’s taken place, and do something about it if they want to.

Here are some specific suggestions: