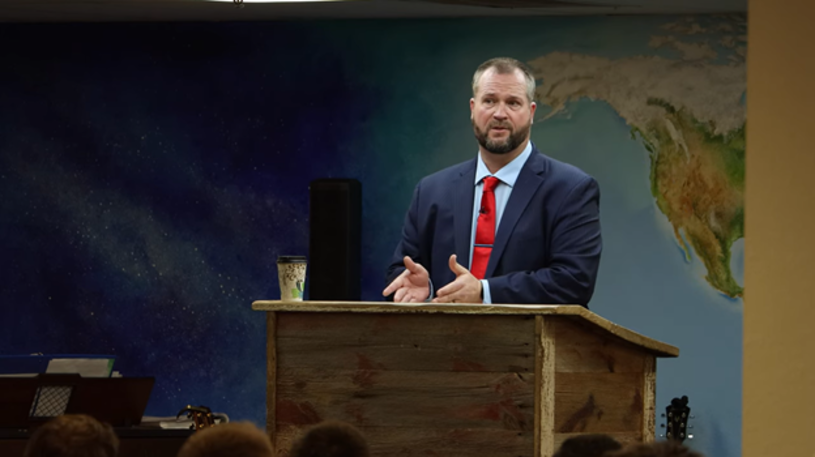 In response to the U.S. Supreme Court’s decision to overturn Roe v. Wade, pastors affiliated with the New Independent Fundamental Baptist (New IFB) movement are advocating for the state-sanctioned execution of people who perform or get abortions. This violent language echoes the extreme rhetoric New IFB pastors have previously used against abortion providers, as well as members of the LGBTQ+ community and others they believe are violating biblical teachings.

Even before the official opinion was handed down, New IFB pastors were championing violent punishments for abortion providers. In a May 8 sermon following the leak of the court’s draft opinion earlier that month, Pastor Jonathan Shelley of Stedfast Baptist Church in Texas urged the U.S. government to execute abortion doctors, claiming that God will “not be able to bless America until we shed their blood.” He further stated that “we should pass legislation and our government…should legally and lawfully, sanctionally [sic] kill them.”

During a livestream interview on May 3 featuring fellow New IFB member Brother Peter James and Pastors Roger Jimenez and Aaron Thompson, Brother Ben Naim also advocated for abortion doctors to be executed. “All these abortion doctors that have gotten away with it for decades,” he said, “these Planned Parenthood abortion doctors deserve to be taken out by a righteous government and put to death. It’s that simple.” He also criticized “every single one of these hardcore abortion advocates,” claiming, “they’re all evil, they’re all bloodthirsty, they’re all deranged, they all hate God, they’re abominable, they glory in the murder of innocent babies, they’re demon possessed.”

In Spokane, WA, Brother Jason Graber of the local Sure Foundation Baptist Church plant told congregants on May 15 that “abortion doctors today, every single one that has been performing abortions, every single one of them should be retroactively punished and put to death for their wicked, horrible sins…If that was your profession, if that’s what you’ve done, then you need to be put to death. You have no business living.”

Graber also advocated for violence in response to any future abortions: “I would be in support of a law that said, when an abortion occurs, there are three people that are going to be put to death…The abortion doctor…the woman that had the abortion…and then the man who knocked her up and was complicit in the abortion.”

When the Supreme Court officially overturned Roe v. Wade on June 24, many New IFB pastors across the country continued to focus on punishing abortion providers.