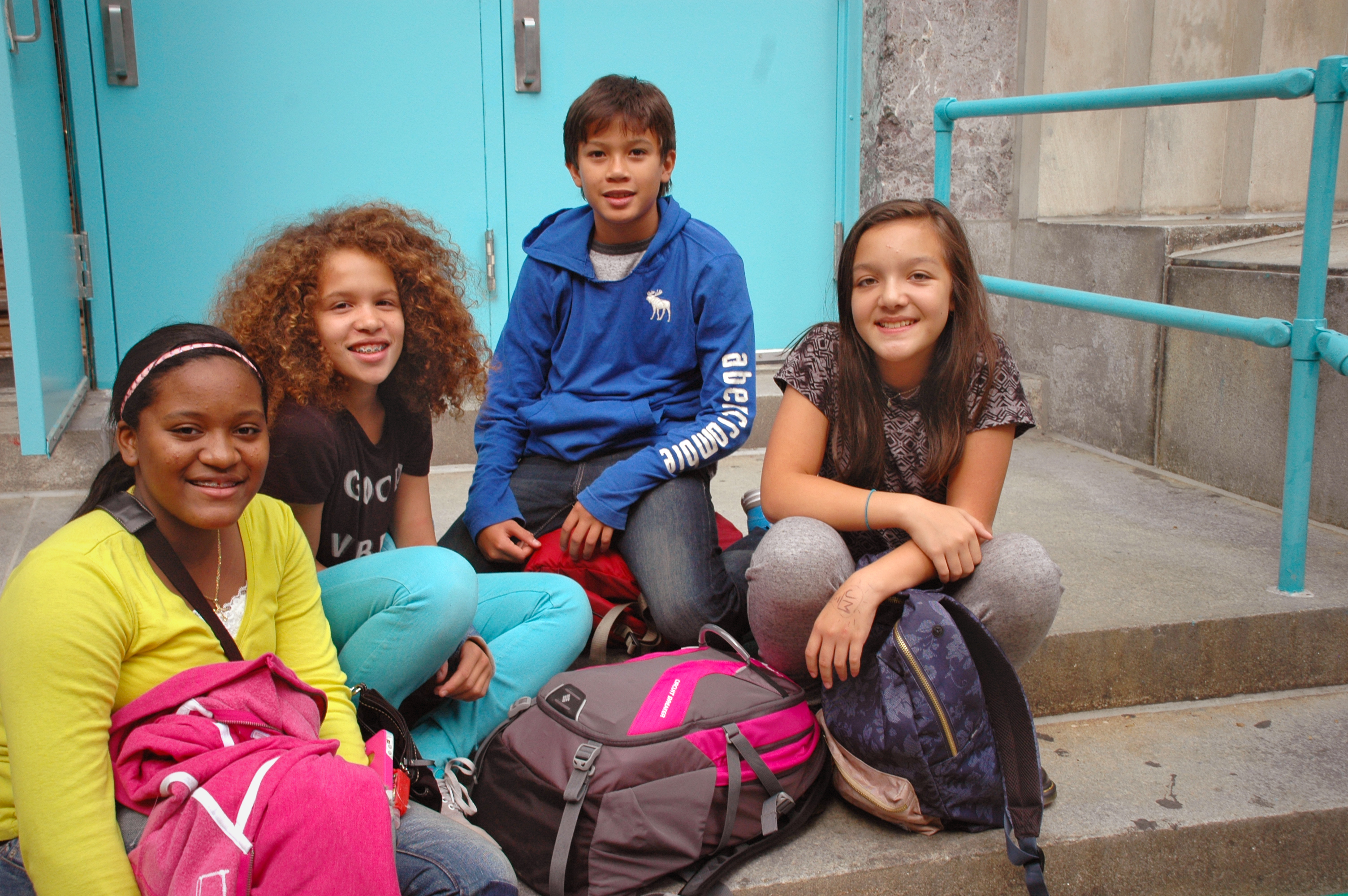 Talking with Young People After the Election

In recent years, we have seen alarming images and biased language in schools and universities: name-calling, hate-filled taunts, vandalism, racial slurs and epithets, offensive graffiti on desks and bathroom walls. In addition, many young people—especially those whose identities have been targeted publicly with words and actions—are fearful and worried. Teachers have had to work overtime to console those students and provide resources to get help. Schools must be places where students feel safe, supported and respected, especially in these challenging times. Below are prevention, intervention and education strategies in order to promote inclusive school environments where young people can learn, thrive and become their best selves.

Make sure your school’s anti-bullying, harassment and non-discrimination policies are current, reflect district and state guidelines and include clear definitions and consequences. Establish technology use guidelines and have students/families sign acceptable use agreements. Publicize policies and guidelines in multiple ways. Develop and/or reinforce your school community's goals around respect, civility, regard and care for others, equity and inclusion. If and when incidences of bias occur, make sure you acknowledge publicly that this is unacceptable, taking care not to "out" people engaged in it.

2. Assess your school, classroom and self

This is a good time to assess yourself and your school by reflecting on the current and historical influences that shape your school's culture. Consider the following: school mission and policies, how students interact with one another, the racial and gender dynamics among students, the extent to which parents and families are involved and engaged, how celebrations are approached, the curriculum and instruction materials, etc. From there, develop meaningful action plans that maximize existing strengths, address areas of improvement and develop goals to create positive change by applying principles of anti-bias education. Further, encourage individual staff to do their own self-assessments of their anti-bias approach and principles.

3. Be public and purposeful about being inclusive

Find ways to let everyone in the school community know that school is a safe place, all are welcome and that biased words and actions are unacceptable. Being intentional, public and loud about it sends a strong message that this is a priority for your community. Some examples include: a clear sign/statement at the entrance to the building, a public letter to the school community, a wall mural featuring the diversity of your student body or language about being inclusive, an updated mission statement, social media posts, announcements on the public address system, and school-wide events honoring diversity. Involve the school community in coming up with these ideas and think about ways to do different activities throughout the year.

Many bias and bullying incidents go unreported. In fact, as children get older, they are less likely to report bullying to the adults in their lives. Establish safe and confidential reporting mechanisms for bullying incidents and clear procedures for investigation and response. Make sure students are aware of these procedures and encourage them to tell a trusted adult about threatening or harassing behavior that they experience or observe. Find ways for adults to be more approachable (see #5).

Students often suffer in silence and don’t tell anyone about the bias, harassment or bullying they experience. They often believe it won't help and may even make things worse. One way to increase their openness to talking with adults is to be more approachable. You can do this in a variety of ways: take the issue seriously, invest the time and space to listen before moving into problem-solving mode, stay in the present and do not harp on the past, and be a role model by not engaging in stereotyping, name-calling and bullying.

What happens in the classroom is valued and important. At the onset, teachers should engage students in a process to create an anti-bias learning environment. Take the time to teach about bias, either by doing direct instruction or by integrating anti-bias education into the curriculum. Use current events, literature, social studies and other subjects to address bias, diversity, bullying and social justice. Also, address the critical issue of identity-based bullying so that students are not targeted based on core aspects of their identity.

Parents and family members are vital members of the school community. If everyone conveys the same message about bias, hate and discrimination, young people will get that message. Work with the school's PA/PTA to host a parent education workshop. Get everyone on the same page about school policies, goals, language and how to be an ally. In addition, partner with local youth organizations to organize events that promote respect for differences.

Ensure that the crisis intervention team, school counselors and social workers have the skills and knowledge to support students who have been targeted. Assist the target and the target's family in coping with the impact of the bullying and building skills for dealing with such problems in the future. Make sure not to inadvertently make the target feel responsible for the bullying in any way, or to unintentionally punish the target by limiting access to activities or technology. In addition, make sure counselors understand the fears that many children have as a result of the election, particularly children whose identities were targeted during the campaign, and provide comfort and resources they may need.

Now more than ever, teaching young people about civic engagement is critical. Helping students understand the First Amendment, their rights and freedoms, government, how legislation works and their role in it, the rule of law, current events, advocacy and activism are all components of being engaged in government and making a difference. While civics education has generally become less of a priority in schools, it needs to be brought to the forefront as much as possible.

One of the most effective tools we can give young people is how to be an ally when faced with bias and bullying. It can be as simple as encouraging them to reach out to someone targeted by sending them a supportive text message or saying hello to them. Young people can also learn how to safely stand up and tell aggressors to stop; for example challenging bigoted and offensive words. In addition, reporting the behavior to an adult and actively not participating are good ways to act as an ally. Acting as an ally helps the target and also helps the person engaging in allyship feel more powerful by doing something to make a difference.

11. Encourage students to be active

Activism is another way that young people can do something about the bias, discrimination and hate they see in their schools, online community, neighborhood and world—and pro-actively make it a better place. Activism can take many forms: teaching others, advocating for school or legislative policies, demonstrating, creating an online public awareness campaign, writing letters, volunteering, raising money, organizing or signing a petition, etc. Activism is a powerful antidote to feelings of powerlessness and an important part of citizenship.